Located at 183 Hillsdale Street in the Ambler House, the Health and Wellness Center offers medical and mental health services.

The doctor is available on Mondays, Tuesdays, and Fridays from 8 to 10 a.m. and on Wednesdays and Thursdays from 1 to 3 p.m. The doctor’s in-office availability may change if the demands of his private practice dictate.

Please call ahead if you have any flu-like symptoms, particularly a fever above 100.5°F, cough, and a sore throat.

The Ambler House was built by Esbon Blackmar, who donated the land for Hillsdale College. Originally, the house served as a restaurant and an inn. 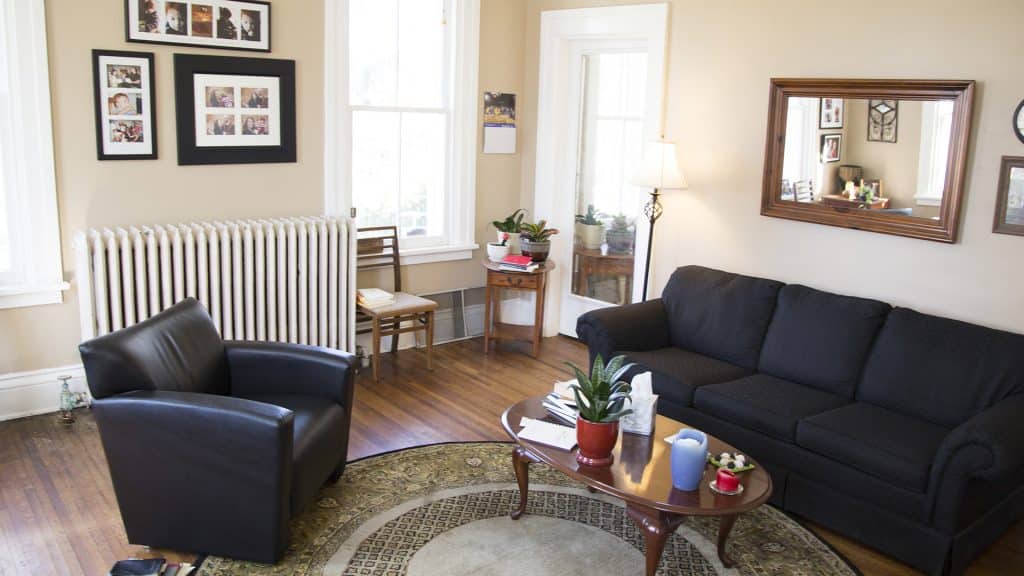 Its collegiate history began in 1919, when Judge William E. Ambler, a Hillsdale alumnus and trustee, donated it to the College. A com­mittee decided it would house the home eco­nomics department. Christened “The Ambler House,” it soon became the scene of many dinners, parties, banquets, and style shows. In 1920, Judge Ambler donated a piano, pictures, and books, and he later gave one thousand dollars for addi­tional equipment.

From 1927 until 1932, Ambler House was the home of Hillsdale College President William G. Spencer. It returned to housing home eco­nomics and hosting social events until the discontinuation of the home economics department.

The Ambler House was converted into a health center in 1967, a project funded by the Women Commissioners. From 1999 to 2012, the building also housed the Sigma Alpha Iota women’s music fraternity.