Learn with Hillsdale, and deepen your understanding of the great ideas of Western Civilization.

As Thomas Jefferson said, “Above all things I hope the education of the common people will be attended to, convinced that on their good sense we may rely with the most security for the preservation of a due degree of liberty.”

That’s why Hillsdale has become a national leader in free online courses. In fact, we average more than 1,000 enrollments per day across all our courses. And our most popular course—“Constitution 101”—now has more than 800,000 students around the world.

You’ll study with the same Hillsdale faculty who teach on our campus. It’s a great way to experience aspects of Hillsdale’s Core Curriculum, as well as learn from some of today’s best teacher-scholars in the fields of politics, history, economics, and English. 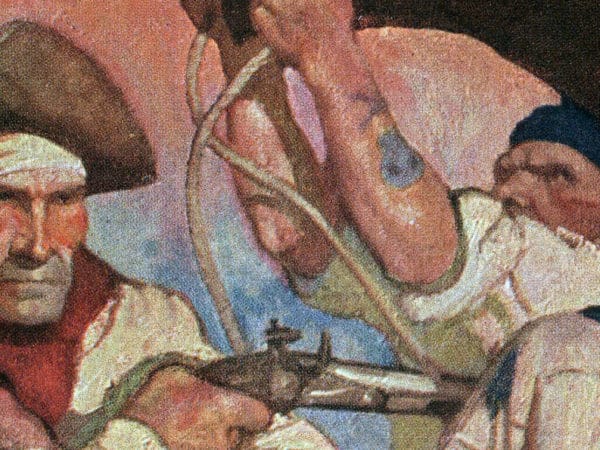 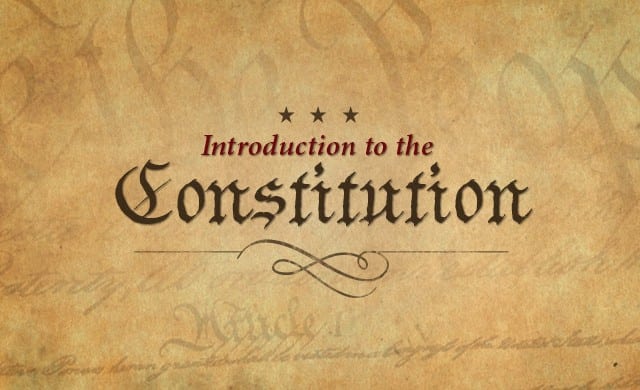 Introduction to the Constitution

This twelve-lesson course explains the principles underlying the American founding as set forth in the Declaration of Independence and secured by the Constitution. The Founders believed that the principles in these documents were not simply preferences for their own day, but were truths that the sovereign and moral people of America could always rely on as guides in their pursuit of happiness through ordered liberty.

Learn More about Introduction to the Constitution 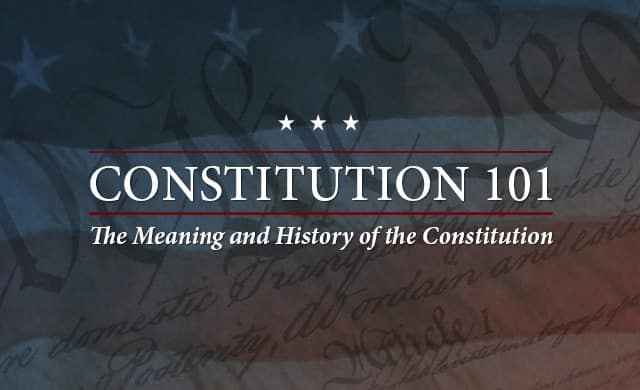 The Meaning & History of the Constitution

This course will introduce you to the meaning and history of the United States Constitution. The course will examine a number of original source documents from the Founding period, including especially the Declaration of Independence and The Federalist Papers. The course will also consider two significant challenges to the Founders’ Constitution: the institution of slavery and the rise of Progressivism. 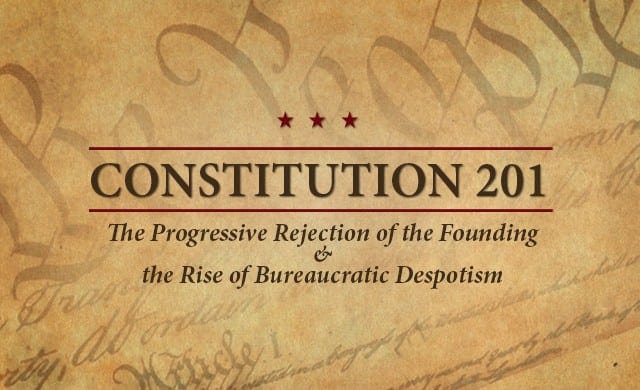 These nine lectures are a continuation of Constitution 101: The Meaning & History of the Constitution. These lectures will focus on the importance of the principles of the American Founding and the current assault on them by the Progressives. 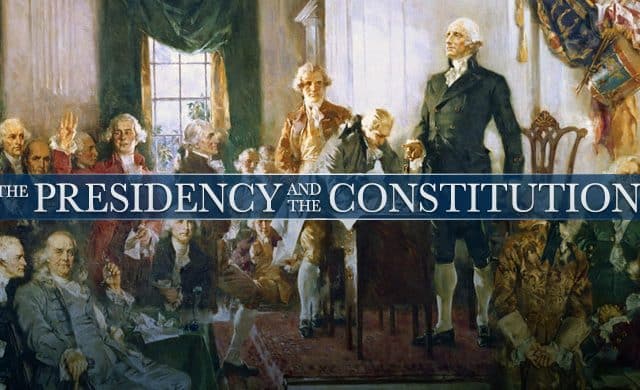 The Presidency and the Constitution

This course will help you understand the structure and function of executive power in the American constitutional order. The course begins with the place of the president in the constitutionalism of the Founding Fathers and examines how that role has changed with the rise of the modern Progressive administrative state.

Learn More about The Presidency and the Constitution 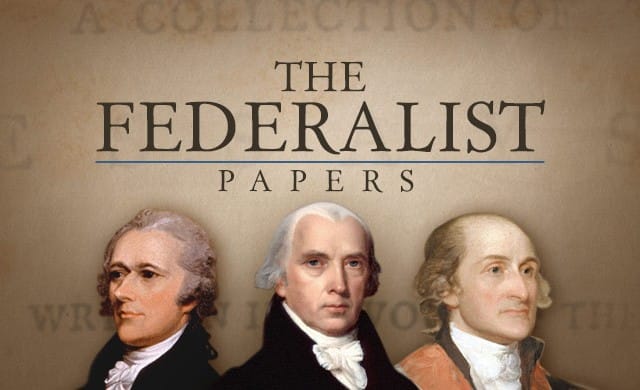 Written between October 1787 and August 1788, The Federalist Papers is a collection of newspaper essays written in defense of the Constitution. This course will explore major themes of The Federalist Papers, such as the problem of majority faction, separation of powers, and the three branches of government.

Learn More about The Federalist Papers 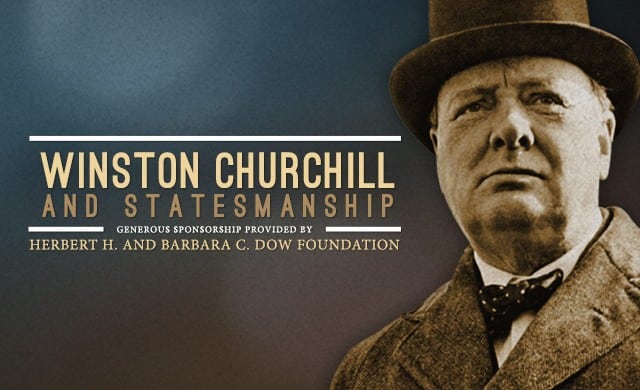 Winston Churchill was the greatest statesman of the twentieth century, and one of the greatest in all of history. A close study of Churchill’s words and deeds offers timeless lessons about the virtues, especially prudence, required for great statesmanship. 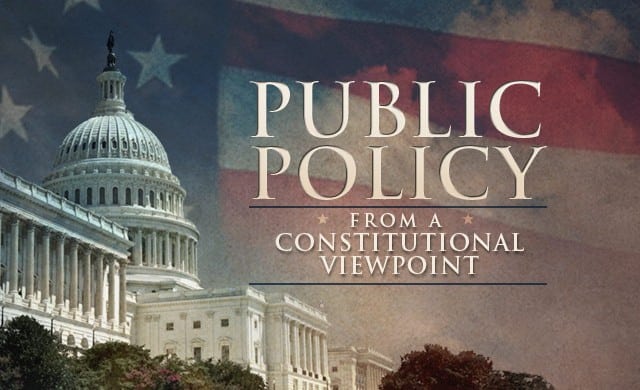 The American Founders wrote a Constitution that established a government limited in size and scope. By contrast, early Progressives rejected the notion of fixed limits on government, and their political descendants continue today to seek an ever-larger role for the federal bureaucracy. In light of this ongoing disagreement over the purpose of government, this course will consider contemporary public policy issues from a constitutional viewpoint.

Learn More about Public Policy from a Constitutional Viewpoint 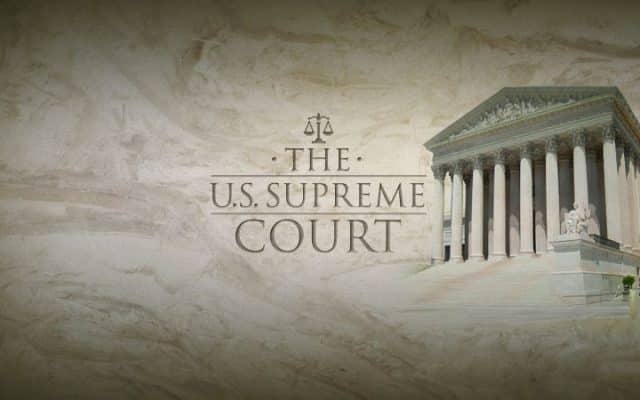 Article III of the U.S. Constitution vests the judicial power “in one supreme Court, and in such inferior Courts as the Congress may from time to time ordain and establish.” According to Federalist 78, the judicial branch “will always be the least dangerous” to the liberty of the American people. Yet, judicial decisions have done much to advance a Progressive agenda that poses a fundamental threat to liberty. This course will consider several landmark Supreme Court cases in relation to the Founders’ Constitution. 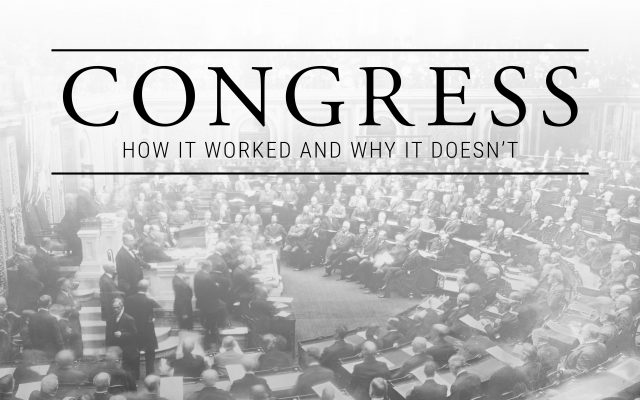 Congress: How It Worked and Why It Doesn't

To understand why our federal government today often seems broken, and to figure out how to fix it, one must first understand how Congress has been transformed over the past century. This is why Hillsdale College has produced its latest free online course: “Congress: How It Worked and Why It Doesn’t.” This timely new course is taught by Kevin Portteus, a professor of politics at Hillsdale College, and Larry P. Arnn, President of Hillsdale College.

Learn More about Congress: How It Worked and Why It Doesn’t 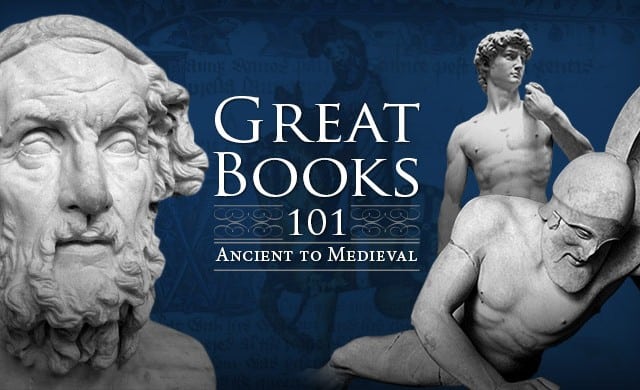 This course will introduce you to great books from antiquity to the medieval period. You will explore the writings of Homer, St. Augustine, Dante, and more. This course will challenge you to seek timeless lessons regarding human nature, virtue, self-government, and liberty in the pages of the great books. 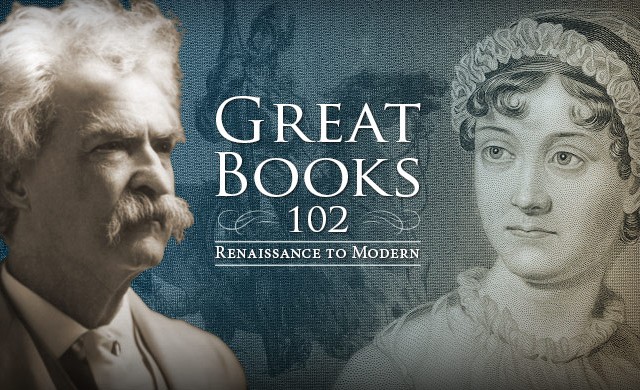 This course will introduce you to great books from the Renaissance through the modern era. You will explore the writings of Shakespeare, Dostoevsky, Austen, Twain, and more. This course will challenge you to seek timeless lessons regarding human nature, virtue, self-government, and liberty in the pages of the great books. 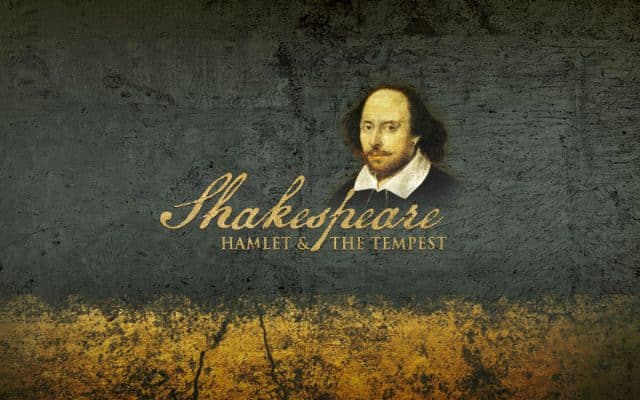 Shakespeare: Hamlet and The Tempest

One of the world’s greatest poets, William Shakespeare is the author of plays that have been read and performed for more than 400 years. A close study of his works reveals timeless lessons about human nature, which offer a mirror for examining one’s own character.

Learn More about Shakespeare: Hamlet and The Tempest 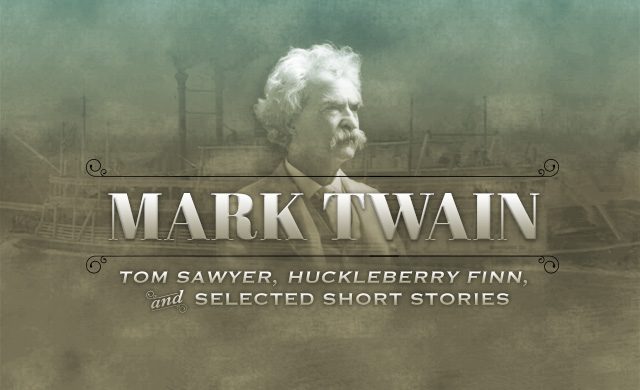 Mark Twain is the father of modern American literature. His realist fiction reveals timeless truths about human nature and encourages reform in the reader and society. 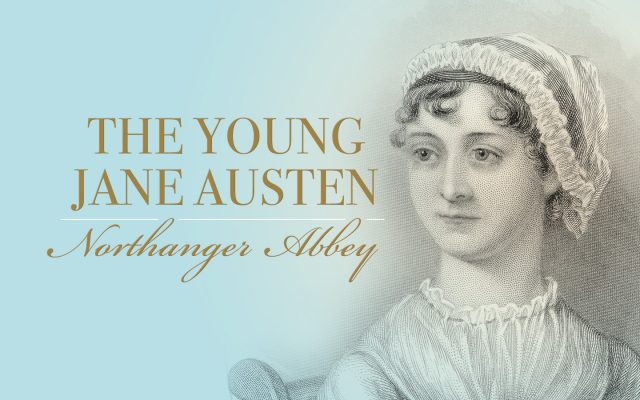 Jane Austen (1775-1817) is one of the greatest English novelists. Her first novel—published shortly after her death—was Northanger Abbey, which parodies the romanticized fiction popular in Austen’s day. A close study of Jane Austen’s ebullient writings reveals timeless truths about human nature and illuminates the beauty of everyday life. 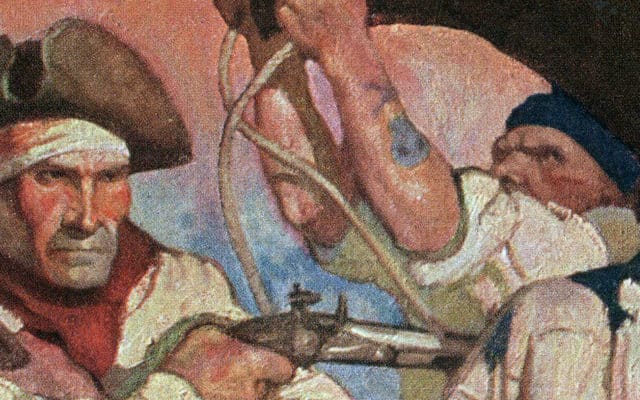 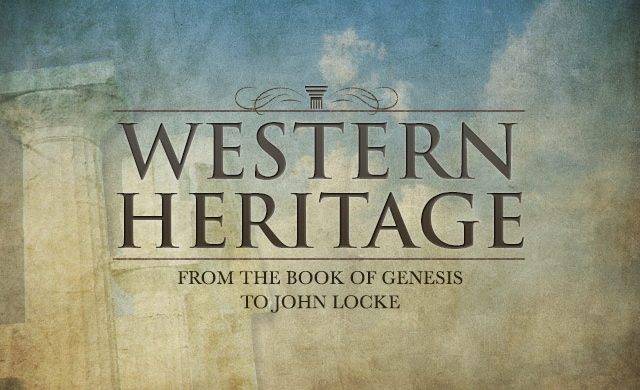 From the Book of Genesis to John Locke

This course will consider the history of Western Civilization from the Hebrews to the Glorious Revolution. 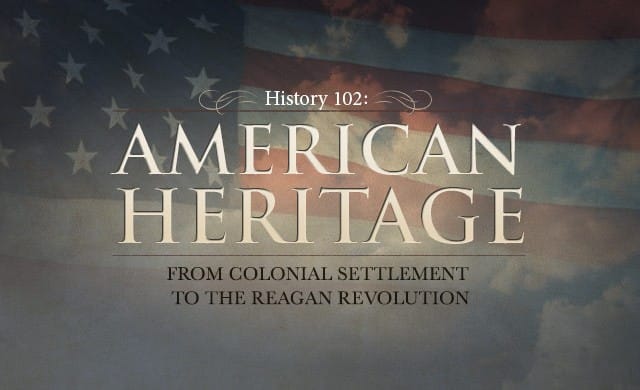 From Colonial Settlement to the Current Day

This course will consider the history of America from the colonial era to the present, including major challenges to the Founders’ principles. 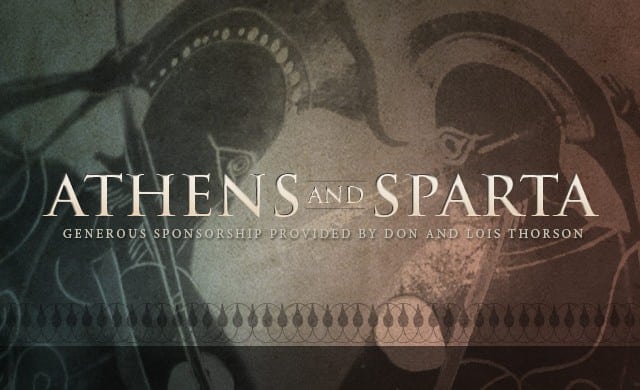 This course will consider life and government in Athens and Sparta, examine their respective roles in the Persian and Peloponnesian War, and offer some conclusions regarding their continuing relevance.

Learn More about Athens and Sparta 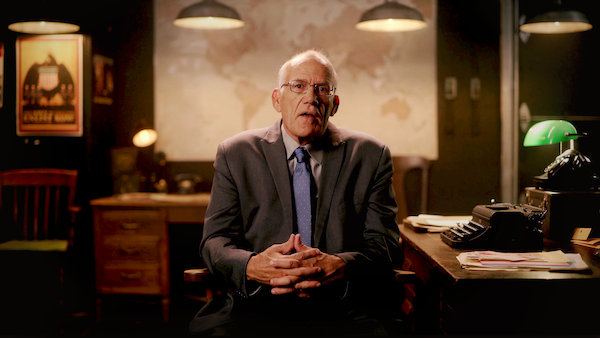 World War II, the greatest armed conflict in human history, encompassed global fighting in unprecedented ways. This course analyzes Allied and Axis investments and strategies that led one side to win and the other to lose. It also considers how the war’s diverse theaters, belligerents, and ways of fighting came eventually to define a single war. 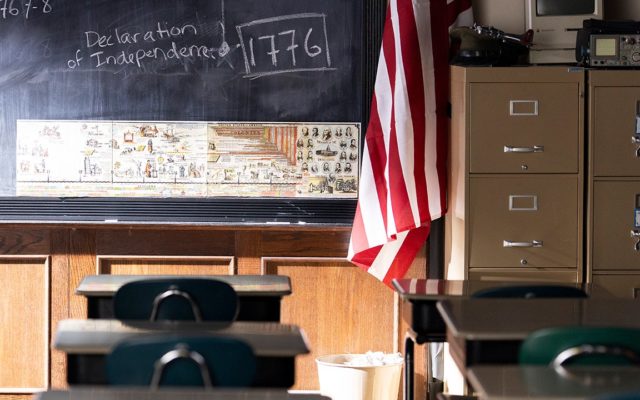 The Great American Story: A Land of Hope

This course explores the history of America as a land of hope founded on high principles. In presenting the great triumphs and achievements of our nation’s past, as well as the shortcomings and failures, it offers a broad and unbiased study of the kind essential to the cultivation of intelligent patriotism.

Learn More The Great American Story: A Land of Hope

An Introduction to C.S. Lewis

C.S. Lewis was the greatest Christian apologist of the twentieth century. He was also the author of works of fiction, including the Chronicles of Narnia, and of philosophy, including The Abolition of Man. This course will consider Lewis’s apologetics and his fiction, as well as his philosophical and literary writings, and their continuing significance today.

Learn More about An Introduction to C.S. Lewis 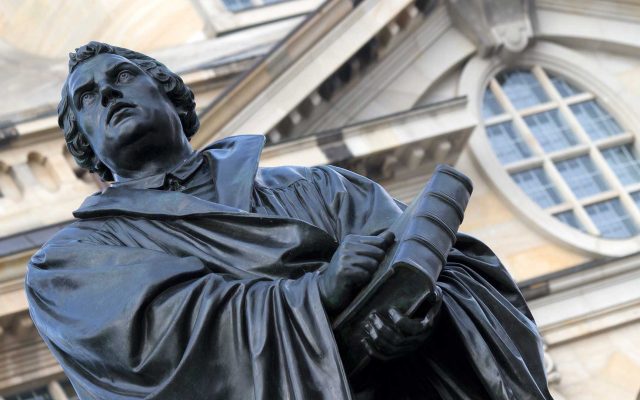 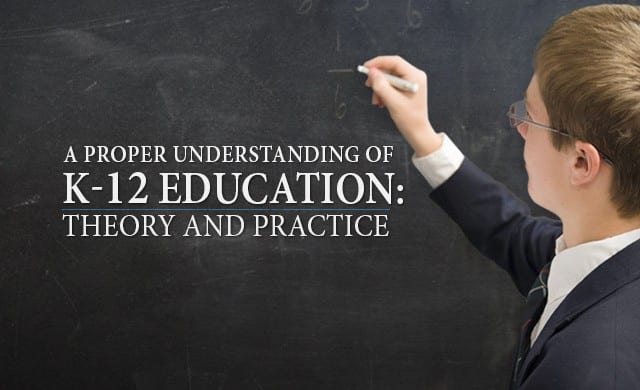 A Proper Understanding of K-12 Education

The American Founders recognized the central importance of education for the inculcation of the kind of knowledge and character that is essential to the maintenance of free government. This course will consider the older understanding of the purpose of education, the more recent Progressive approach that has become dominant today, and some essential elements of K-12 education.

Learn More about A Proper Understanding of K-12 Education 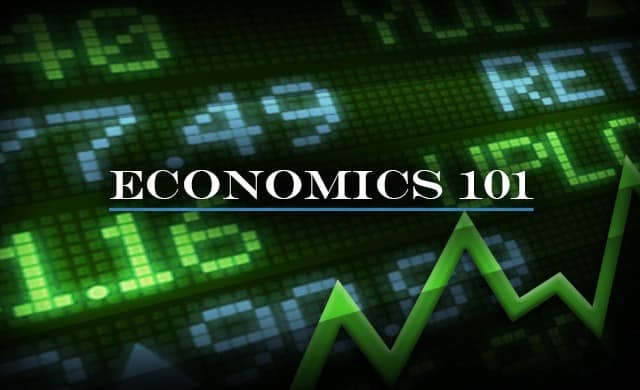 The Principles of Free Market Economics

This course will focus on the foundational principles of the free market. Topics include the relationship of supply and demand, the “information problem” behind the failure of central planning, the rise of macroeconomics under the influence of John Maynard Keynes, and the 2008 financial crisis.