Hillsdale students have been committed to studying the higher things since 1844—and their commitment to producing literature goes back almost as far. Since the 1850s, Hillsdale’s students have been forming societies, clubs, and editorial boards for the sake of thinking about, discussing, producing, and performing literature. The latest of these iterations is The Tower Light, a student literary publication that began in 1955 when a group of resourceful and literature-loving students founded the magazine as an experimental and more intellectual offshoot of The Collegian.

Today, The Tower Light is an entirely student-run publication that publishes students’ original poetry, short stories, and photography two times per year. It gives students a chance to practice writing and editing their own work—with the help of The Tower Light’s editorial board if they so choose—and it offers the opportunity to have work published in a professional and beautiful setting that students can touch and hold. At its best, it hopes to contribute to the appreciation and discussion of literary art on campus. 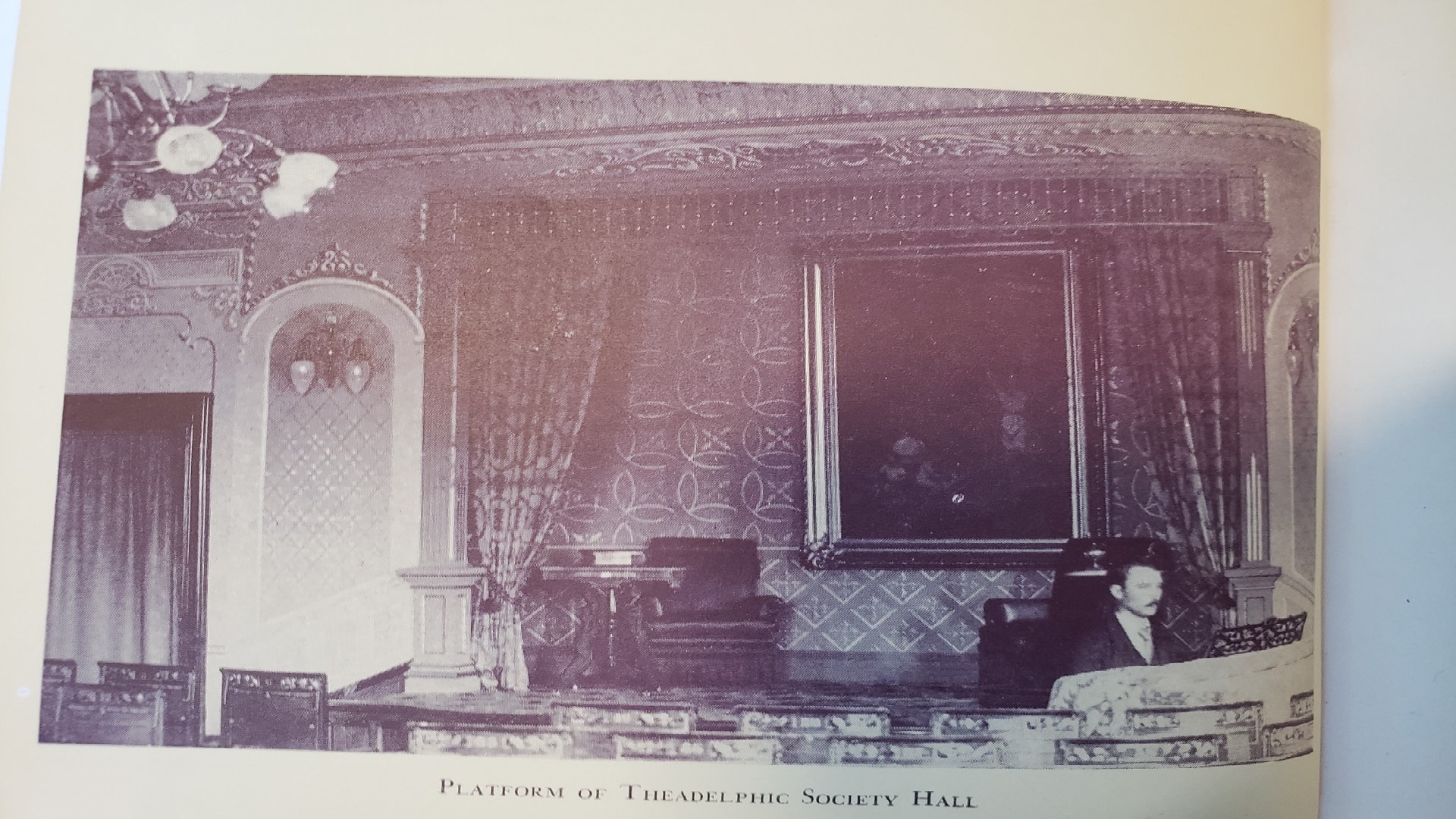 But how did we get to this point? The road that has led up to today’s Tower Light has been rocky at times. Starting in the 1850s, there were a number of literary societies on Hillsdale’s campus. At the beginning, Hillsdale had just one literary society, the Eunomian Society. This co-ed group, somewhat unique among literary societies of the time for admitting both men and women, chivalrously pardoned women from the 25-cent dues required of the men.
After just a few years, however, the College’s administration decided against admitting men and women into the same society, and a proliferation of men’s and women’s literary societies followed: for men, the Philologians, which led to the longer-lasting Amphictyon society; for women, the Ladies’ Literary Union (the motto of which was “Beauty of the Mind Endures Forever”), and a break-off society called the Lyceum of the Germanae Sodales (who took a more classical motto, “Scientia Lux Mundi”). Each society created its own insignia, and many had their own “handsomely furnished halls”: as Vivian Lyon Moore writes in her history of Hillsdale College, for example, “the walls of Amphictyon hall were hung with satin paper, Brussels carpeting covered the floor, and along one side stood an ‘elegant bookcase.’” 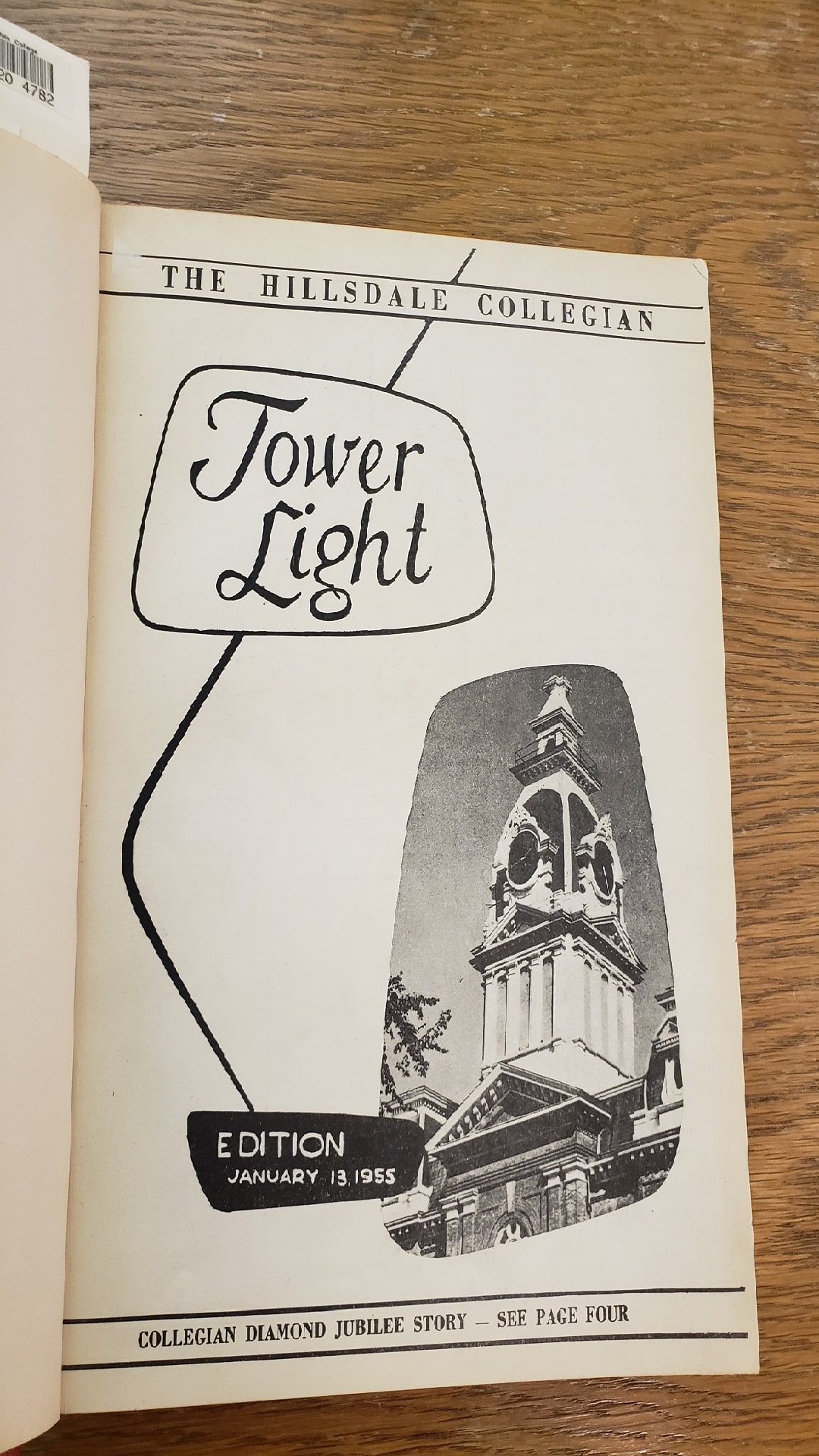 By 1866, the literary societies were once more at odds with the administration—and this time the resolution was not so peaceful. Tension arose when the College’s president mandated that students obtain a written note of permission from the president himself before attending the meetings of the opposite sex. Students retaliated in force. Not only was there “a general strike of the male student body, nearly all of whom sought honorable dismissal from school,” which resulted in expulsions and the daily transport of students’ trunks to the train station, but some students even resorted to vandalism. One morning a College employee, after he tore down posters all over campus that called for the removal of the College’s president, received a call to retrieve “as many of his belongings—books, bedclothes, etc.—as could be retrieved from a large mud puddle where they had been thrown by ‘rebel students’ in ‘renovating’ his room.” At the height of these conflicts, one student expressed surprise when one day went by without any expulsions.
Thankfully, perhaps, student involvement in literary efforts never again took on quite so colorful an aspect. 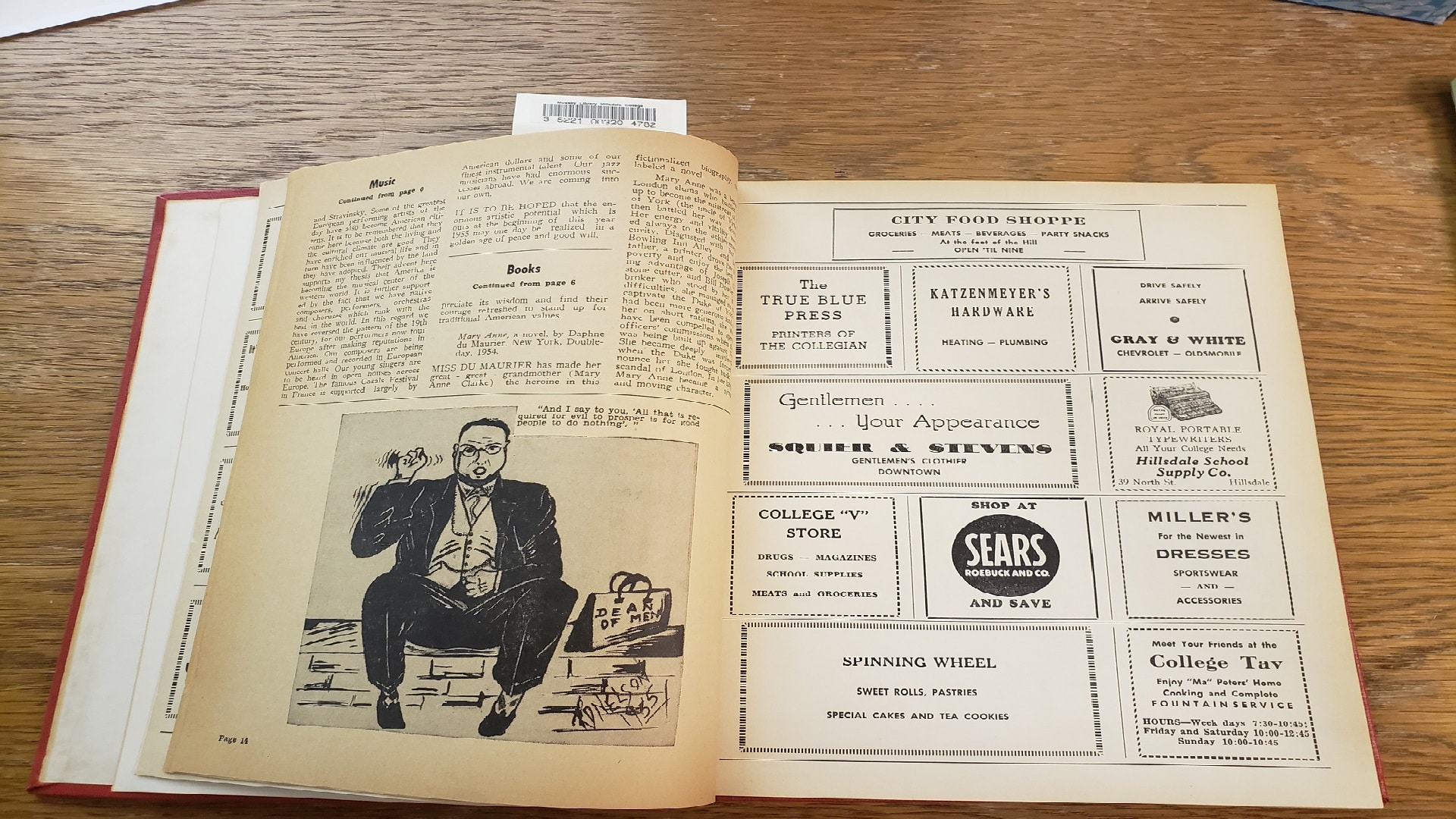 In addition to these early literary societies, there was the Hillsdale Herald, which started in 1878, a publication that was meant to be “instructive, entertaining, and newsy.” This publication served both the community and the College, and it added to the productions of the literary societies by publishing poetry, articles, news, and the occasional joke.

According to a student writer in the 1955 Tower Light, the Herald lacked the more typical “glaring headlines” and “souped-up stories” of his day’s Collegian, instead taking on a more literary, intellectual bent. This publication eventually led to The Collegian as it stands today—and which is, as any Hillsdale student will be proud to tell you, “Michigan’s oldest college newspaper.” 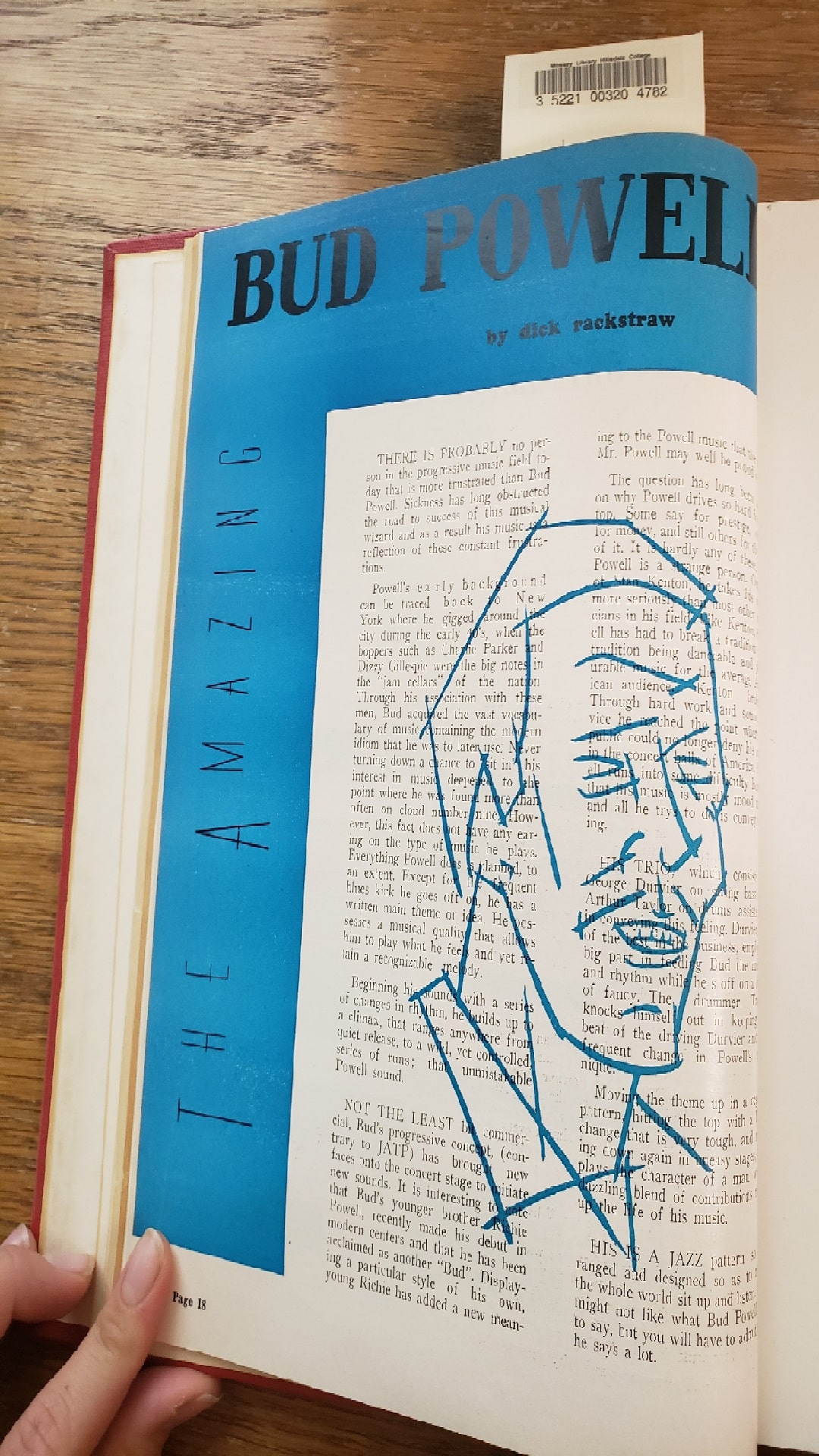 The first edition of The Tower Light, an extension of The Collegian, sought to recapture some of the more literary, academic tone that the Herald afforded in the previous century. The first edition looked something more like today’s Forum, another student-run publication on Hillsdale’s campus that publishes student essays and reviews. This first edition contained several imaginative prose pieces, including a story on an Iranian student on campus, a review of a book against McCarthyism, a brief explanation of the technology behind automatic doors, and a short story by a self-described “keen personality to say the least” entitled “Sammy’s Saga: The Weaker Sex – They’re Tougher’n Men.”
This iteration of The Tower Light, which described itself as “the start of the ‘New Look’ in college publications,” took the form of a glossy magazine with what the editors were proud to call a “modernistic cover,” and was published on a quarterly basis. The editor, and apparently the mastermind behind the whole project, Rich Hill ’56, exhorted his fellow students to support this new and somewhat experimental endeavor as a way of supporting life in the “free world” by contributing to the intellectual conversation on campus. 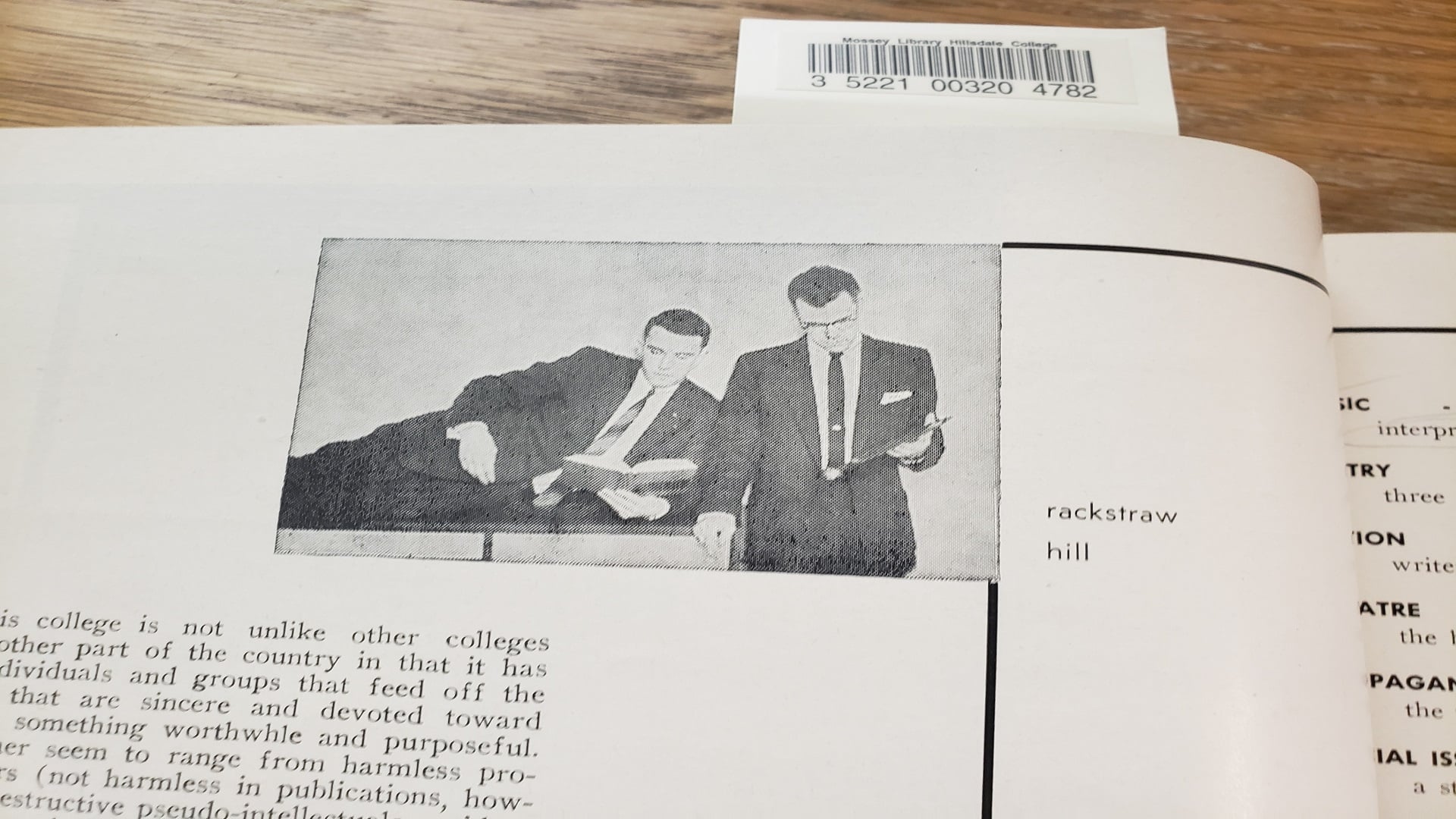 Within the next few years, The Tower Light evolved gradually into more or less the form it takes today, as it dropped its more strictly “modernist” appearance and nonfiction prose in favor of poetry, photography, and artsy, hand-drawn covers.

To give a sense of the speed with which the publication changed: the first two poems (entitled “Tragedy” and “Elegy”) appeared in the November 1955 issue; by the beginning of 1956, in addition to some of the nonfiction content, there were more short stories, three poems, and a translation (from the Russian) of a short story by Maxim Gorki; by 1958, the publication consisted entirely of poetry, short fiction pieces, and student photography. 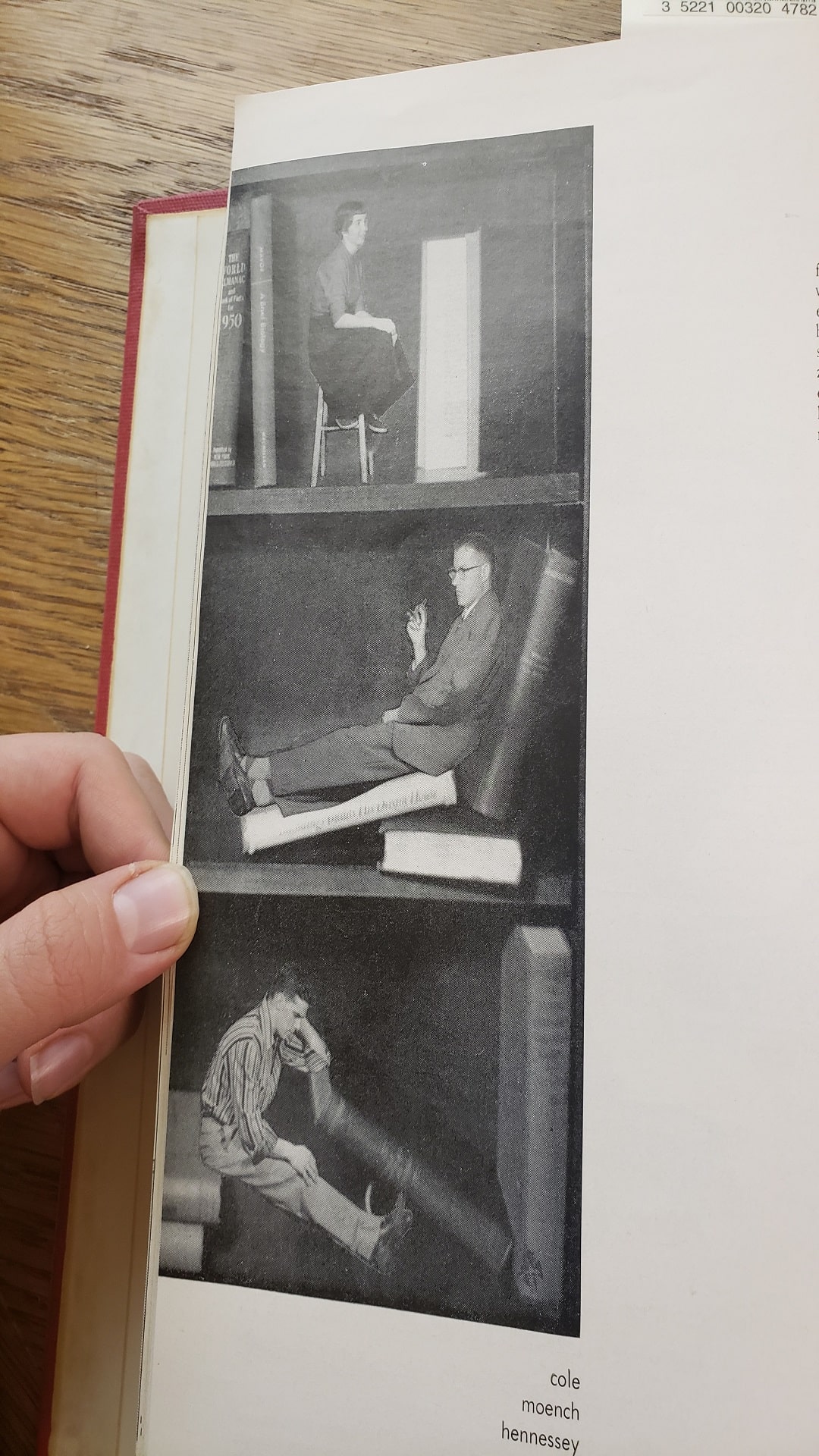 Literary publication has a long and illustrious, if sometimes rocky, history on Hillsdale’s campus—so next time you pick up a copy of any of the student publications on campus, whether it be your weekly copy of The Collegian, a beautiful, glossy-covered edition of The Forum, or one of the semesterly publications of The Tower Light, take a minute to think of all the Hillsdale students who invested in the literary efforts on campus before you. And perhaps, reflecting on their efforts, think about supporting these publications yourself, whether by submitting your work or by simply taking the time each semester to sit down and enjoy the beautiful work of your fellow students.

For more information on Hillsdale’s literary societies, see the chapter entitled “The Literary Societies” in The First Hundred Years of Hillsdale College by Vivian Lyon Moore. The archives of The Tower Light can be found and accessed with permission in Hillsdale’s Mossey Library. 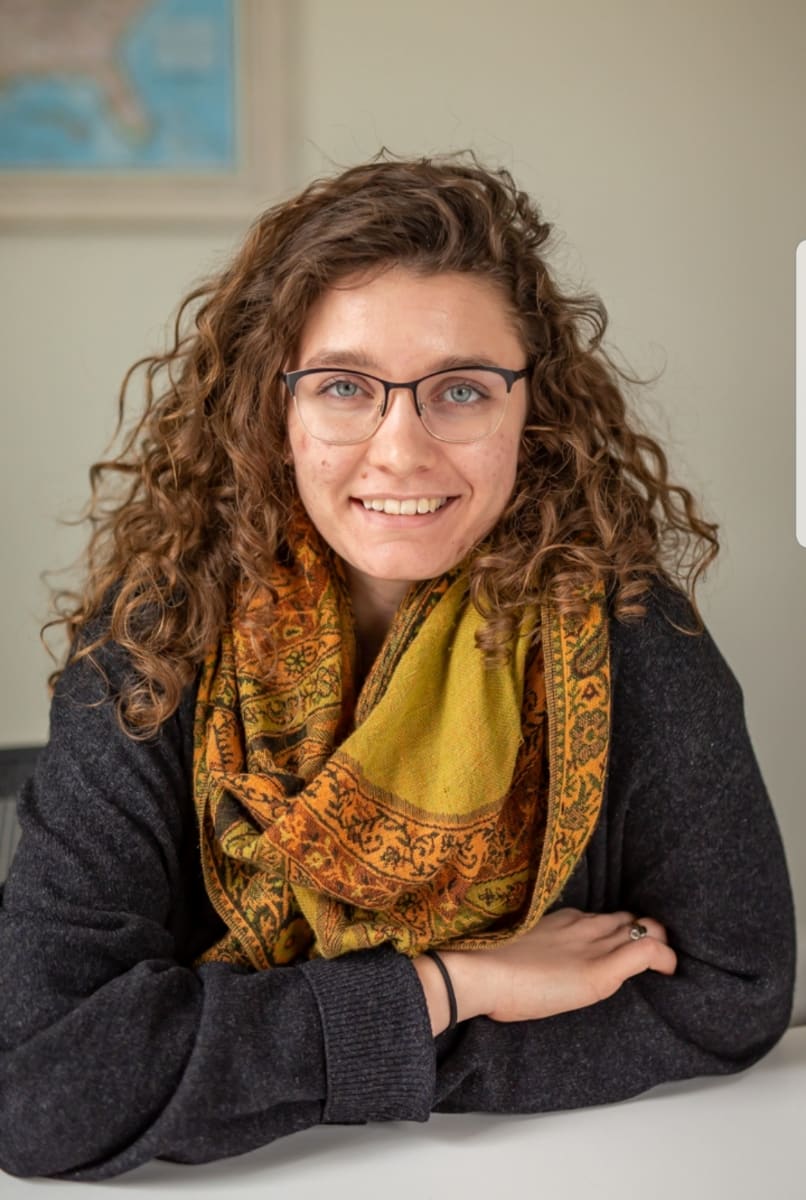