While the scientific community tends to overlook the social sciences, Hillsdale encourages their advancement by offering psychology students grants through the LAUREATES summer research program. This program provides rising seniors the opportunity to conduct research with professors and utilize Hillsdale’s high-end facilities, which include everything from a developmental lab to a psychophysiology lab equipped with tools that measure heart rate, skin conductance, blood pressure, and brain activity. 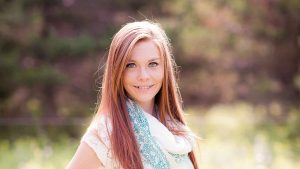 Mikaela Overton is one of five psychology students who received research grants this summer. Aided by Dr. Kari McArthur, chair of the psychology department, she plans to collect infant participants throughout the year to study a hot topic in developmental psychology: whether babies begin to develop a moral compass.

“My ultimate career goal is to work with children one day, so when Dr. McArthur introduced me to this line of research, I was very intrigued,” Mikaela said.

Mikaela aims to replicate a study from Yale University which found that young infants exhibit preferences toward helpful individuals over ill-tempered individuals. The researchers observed the behavior of babies who watched a puppet show that featured a protagonist who was helped by one character and hindered by another. The infants gazed longer and reached more often to hold on to the helper, indicating their preference for the helper over the hinderer.

“The most interesting aspect of my research is getting the opportunity to understand more about the infant mind,” Mikaela said. “There is so much we do not know about them, so delving into that realm of the unknown is a lot of fun.” 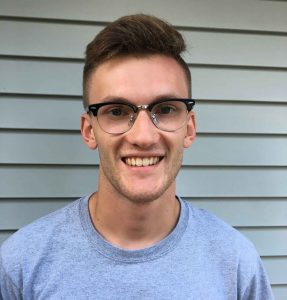 Colby Clark, another summer research scholar, spent his first six weeks performing research in cognitive psychology with the help of Dr. Jeri Little.  His research investigated the strategical differences between American and Indian participants in how they learn to categorize items, whether by memorization or by rule abstraction.

“There is a large body of research arguing that learning strategies are influenced by culture,” Colby said, “but people from India have not been used as participants up to this point.”

“Although this finding was initially disappointing, I think it has now raised more interesting questions regarding the cognitive tendencies of Indian people that I would like to explore in future research,” Colby said.

Dr. Little, who is a specialist in cognitive psychology and often conducts research year round, explained the benefit of LAUREATES research.

“The summer program enables students to invest time they don’t have during the year,” she said. “With faculty expertise and the time to conduct multiple studies, analyze results, and write, students can often submit a paper for publication by the end of the summer. This experience is excellent preparation for graduate school.”

This summer, Mikaela, Colby, and several other upcoming psychologists have discovered how much this program has aided them in fueling their passion for understanding the human mind, and they hope that these opportunities will help them answer the questions about the human condition that they wish to pursue in the future. 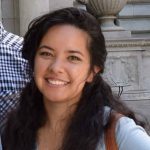 Giannina Imperial, ’18, is a psychology major and biology minor from Jackson, MI. If she isn’t in the Psychology Suite running research participants or in AJ’s immersed in her biology textbooks, you’ll find her in the music hall for one of the dozen rehearsals she’ll have that day. She loves God, neuroscience, dancing like no one’s watching, getting ice cream with friends, and trying out every Filipino recipe in her mother’s arsenal of cookbooks.