Behind the Books: What You Can Do with an English Major

Caleb Whitmer graduated in 2014 and currently works as a journalist in Auburn, IN. Since his graduation in 2013, Greg Barry has worked at a classical school in Falls Church, VA. Michael Kreuz also graduated in 2014 and works as the technical director of a talk show in the D.C. area. What do the following Hillsdale alumni have in common? They all received English B.A. degrees that have helped them in in their various professions. What can you do with an English major? I’ll let these three accomplished young men give you a few ideas. 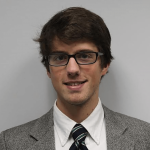 Caleb relates that English majors can pursue any career “that involves thinking, writing and/or people,” which pretty much encompasses any career you can imagine. Hillsdale not only equipped Caleb with technical writing skills, but also instilled within him a passion for literature that affects his everyday life. As he remarks, “through literature, you’re studying people — how we cope with life, what we desire, who we are. I am definitely a more compassionate person as a result of my English major. I can understand other people better; I can better sympathize with them, which is an invaluable tool for journalism, particularly for human interest stories.”

Alongside writing, teaching is another excellent career for English majors (that involves thinking, writing, and people!). Greg comments that “while teaching was the main job I considered while at Hillsdale, and the one I’m planning to stick with for at least the near future, at times putting words together myself sounds more appealing than trying to teach middle and high schoolers how to put them together.” Teaching has its challenges, but one aspect Greg particularly enjoys is his opportunity “to pass on the excitement of diagramming sentences” to his seventh and eighth grade students. In addition to teaching, Greg tutors students in SAT writing prep. 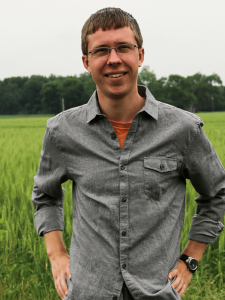 Michael also considered teaching, but ultimately chose audio-visual work: “Even through my final semester, I figured I would teach at a classical school and even participated in the teaching apprenticeship at Hillsdale. I’m still passionate about education, but I really love audio and video production and work to combine the two.” Although this type of work is far removed from the classroom, Michael explains that “reading great literature at Hillsdale gave me the desire to learn how the world works. That sort of curiosity and the ability to master complex ideas –whether it’s gerunds and participles or different types of modulation for satellite transmissions—has proven useful for me in working with audio and video technology.”

Some classes that these alumni found particularly advantageous include Dr. Coupland’s English Grammar, Dr. Somerville’s American Fiction 1980-Present, Dante with Dr. Smith, and Dr. Fennell’s Philosophy of Education. Greg reflects on the benefits of taking English Grammar: “It turns out that knowing how to write properly does not necessarily translate into knowing how to explain to a 12-year-old what a participle is. I could have written twice as many English papers at Hillsdale and still not have been able to tell you what verbals are.” Caleb observes that some of the literature he read in Dr. Somerville and Dr. Smith’s classes, including Dante’s Divine Comedy, are “how-to guides for coping with life.”

The work Caleb, Michael, and Greg did as English majors continues to influence their lives in meaningful ways. Being an English major has helped shape Michael’s goal of “utilizing the education I received from Hillsdale to become a part of today’s cultural conversations and restore an appreciation for the Great Books through means outside of the classroom.” It has helped Caleb realize that “literature allows us to get in the heads of people we would otherwise not think twice about. More than that, it teaches us to love people we wouldn’t think twice about,” and it has taught Greg “the beauty of literature (and life), the rewarding difficulty of clear communication, and the importance of perseverance.”

Victoria Barry ’16 is majoring in English with a minor in Classical Education. She participates in Hillsdale’s Catholic Society, volunteers at Mary Randall Preschool, and is the vice-president of the A.A. Milne Society.