Compter sur soi-même: How I learned to travel solo without feeling alone

I slid into the backseat of a stranger’s car in Bordeaux, France. Destination: Biarritz, a beach town in the Basque region near the Spanish border. We introduced ourselves: “Je m’appelle Christèle.” “Je m’appelle JoAnna.” 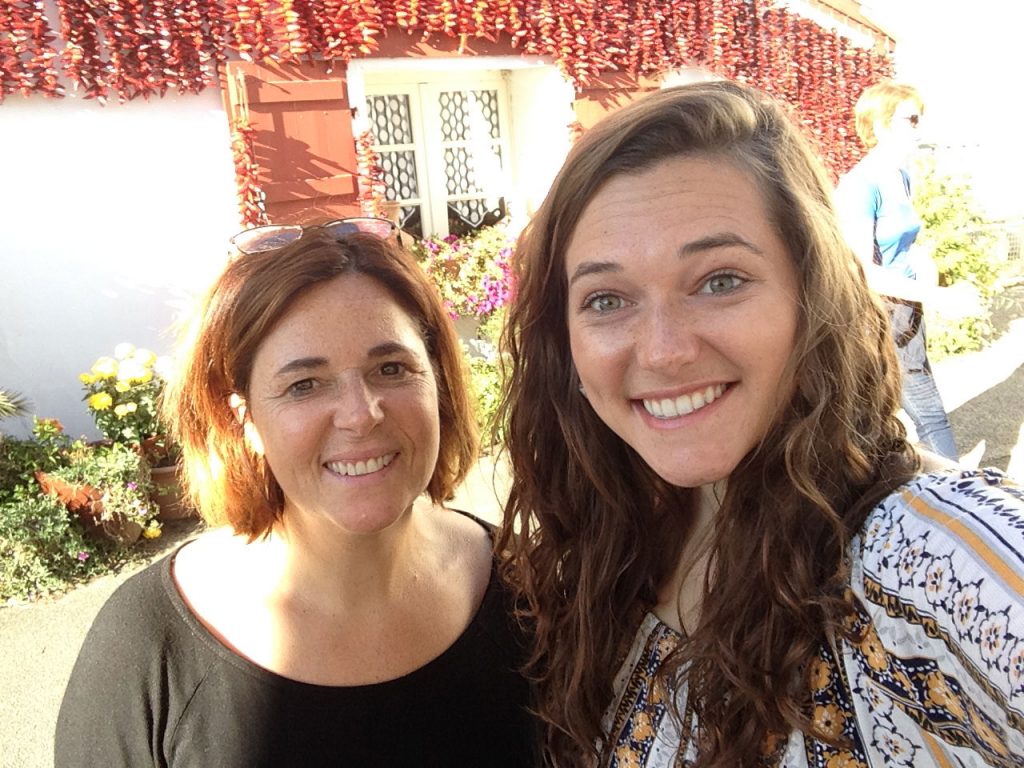 Christèle was a first-time Blablacar driver (a ridesharing service French people use to travel between cities). She was taking time away from her job and teenage kids to visit a festival in the Basque region, which is famous for its festivals.

I, too, was on vacation, making a loop of southwestern France: Bordeaux, Biarritz, Bayonne, Pau, and Tours.

During my semester studying with Hillsdale College’s study abroad program at a language school in Tours, I traveled mostly by myself, hopping into the backseats of Blablacars for two- to six-hour rides. Each new driver meant new conversation, French practice, and tips for when I arrived at my destinations. Each new destination meant a lot of walking, navigating public transportation, and working up the courage to talk to strangers—to learn their stories and not feel alone.

At Hillsdale I wouldn’t have been open to these kinds of adventures because I was in my comfort zone. But basically hitchhiking in France was a far cry from being on campus, where walking from the library to the union can take thirty minutes as I banter with friends, and I can always count on my group to get together on weekends.

My constant openness abroad—on the road, waiting at bus stops, or walking through parks—sapped my energy. I was always introducing myself and telling my story to new people yet never cultivating beyond a day’s conversation. Yet these bursts of human connection revived my spirit. Speaking a language that was not my own, I saw how a shared culture or language still contains diverse people with different hopes and lifestyles.

About halfway from the drop-off location in Biarritz, Christèle offered to take me to la fête de piment d’Espelette, a festival celebrating a local chili pepper. When we arrived in Biarritz and discovered a beach town blanketed in a fog so thick the famous landmarks—a pristine beach, the Rock of the Virgin, and the lighthouse—weren’t visible, I agreed to the side-trip with a stranger-turned-travel companion.

Once we drove into the Pyrenees Mountains, the clouds disappeared. It was a hot, blue-skied October day. Rolling green hills speckled with sheep and family houses faded into the shape of the mountain range in the distance.

We reached the village of Espelette, and the river of people winding through its streets swept us up. We’d break from the current to inspect sheep cheese, marvel at the peppers drying on the white houses inscribed with family names and trimmed in red and green, watch men and women in traditional dress pound and flatten maïz for tortillas, and smell sausages simmering in spicy sauces.

Christèle and I walked toward the sound of brass music and boisterous singing. Standing in the crowd fringing the musicians, Christèle hummed and sang the traditional, patriotic bandas music, absorbed in the moment.

We were swimming in a sea of visitors, but I didn’t feel like a tourist. Conversing with local merchants and enjoying the huge celebration, I shared in the surge of Basque pride that infected everybody. I will never be Basque or cultivate cheese for a living, but for a day, I let my mind wander.

It was the last stop on my solo trip, and I was feeling lonely. Conversations with strangers had sustained me on the trip thus far—including one with a couple who had a room in their apartment to spare and offered it to me if the winds ever blew me back to Pau—and walking alone in a foreign city at night saddened me. I craved a distraction, a human interaction.

Despite this craving, I was hesitant to join the pow-wow. I wasn’t feeling particularly brave after so many meetings by chance during the four-day weekend, so I contented myself with sitting on a nearby bench. A friendly dog seeking attention clambered up and sat next to me, followed eventually by a homeless bench philosopher named Adam.

His pupils were big black new moons, and he had deep smile lines. A beer in his weathered hand, he preached simple living (the one-pair-of-sock-and-underwear kind of simple) and slow-paced travel, biking through French towns and villages and relying on the kindness of inhabitants. He shrugged when I told him I was American. Peu importe. To him, my regional identity and my home didn’t define me in that moment.

Back home I hurry past people like Adam. In Pau, outside my comfort zone, speaking French, I listened to him tell stories and muse about life. I’ll never adopt his lifestyle (I value having more than one pair of underwear), but I appreciated his emphasis on simplicity, his eschewing of the extraneous, his faith in humanity.

Adam asked me if I ever felt lonely traveling solo, which is a complicated question. I missed having someone to take my picture, to enjoy a meal with, to poke and say, “Wow, look!” to. This forced me, however, to be extroverted and allowed extraordinary things to happen—like going to a Basque festival celebrating regional pride (and a chili pepper) with Christèle.

He supplied the French expression: compter sur soi-même. Count on yourself. Whether it be France or Washington, D.C., on WHIP, or a new hometown after graduation, count on yourself. Be brave, step outside of your bubble—that everyday paradigm through which you see the world. From sitting on a bench to living in another country, a burst of human interaction with a stranger can have such an impact.