We Look After One Another

This past summer, I interned as a research analyst for the American Legislative Exchange Council in Washington, D.C. One of the highlights of my job included flying out to Denver to help with their annual conference, which consisted of over a thousand state congressmen, speakers, vendors, and ALEC members meeting up to discuss free markets and federalism.

On the second day of the meeting, I bumped into a guy who needed help finding the registration booth. As I walked him over to the booth, we made small talk and he asked me where I went to college. When I answered, “Hillsdale,” his eyes lit up. This reaction is pretty normal at conservative events, so I thought nothing of it, but it turned out he was actually a Hillsdale grad.

The conversation quickly moved away from policy issues to stories about old professors in the politics department. As I described my struggle with the core classes, he laughed and said he remembered having a hard time too. When I told him of my future plans to go to law school, he started telling me about his time at Harvard Law. He had to cut our conversation short so that he could go give a presentation, but he handed me his business card before he left and let me know that I could call or email him for career advice at any time.

It was refreshing to have a casual and genuine conversation at such a busy conference where introductions often felt rushed or shallow. As the summer progressed, I learned that I could count on having a similar experience whenever I ran into anyone from Hillsdale.

My time in D.C. that summer gave me a chance to experience the Hillsdale bond away from campus. Drawn together by the rigorous academics and the mutual pursuit of truth, those in the Hillsdale community look after one another even outside of our college years. 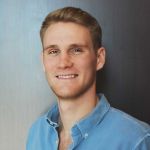