“What advice would you give your college self?” When asked this question, married alumni Tim and Sarah Salow didn’t hesitate in their response: “Savor the moment.”

“Stop and have the conversations. Stop and do the fun thing with people, because you’re never going to have another time in your life to have the conversations you can have at Hillsdale,” Sarah responded earnestly. Tim and Sarah were both English majors who married a few years after graduation. Tim participated in literature and Latin honoraries, while Sarah was Kappa Kappa Gamma’s CPO, part of the forensics team, and involved with education and English honoraries. They live in Michigan, where Tim teaches at Stockbridge High School, and Sarah is the Religious Education Director at St. Mary’s Parish in Pinckney.

As students, Tim and his friends created the “Wings Club,” a fun demonstration of the Hillsdale College community. They invited professors from different departments to Saucy Dogs for ten-cent boneless wings only available on Thursdays. “We’d get a boatload of wings and discuss philosophy or whatever they wanted to talk about,” Tim recounted. “It was great to just be able to have that type of very genuine and authentic relationship with the professors there.”

In addition to the unique, personal relationships between the faculty and student body, Sarah experienced the fruit of the liberal arts through experimentation in the sciences despite being an English major. “They were the epitome of learning for learning’s sake,” she said of the professors she spent summers working for in a scientific field. “I wanted to learn, and I wanted to be well-rounded. I loved it because oftentimes math and science can get a bad rap of being too practical or not mixing well with humanities within the liberal arts world. But my professors embraced Hillsdale’s liberal arts model and mentality, and they said, ‘Absolutely, let’s make it happen. Let’s do it. We can work with the English major too.’” Sarah was able to pursue her passion for both science and the humanities, thereby making the most of her time at Hillsdale.

The conversations on campus were a united favorite for both Tim and Sarah. Some of Sarah’s best memories included time spent with her sorority sisters in the Kappa Kappa Gamma house, “just being able to sit and chat with people, talking about things that you don’t get to talk about in the real world.”

“Just enjoy it. Enjoy every minute, whoever you’re around, whatever you’re learning,” Tim advised. “It was easy for me to find people to have some of the most profound discussions that I’ve ever had. I like to think of the discussions that were held in the halls of Galloway.”

As for some of his favorite classes, Tim recalled the master’s classes he took during spring semesters. “It was rare for me to not walk out of class having scribbled as fast as I could for the seventy-five minutes.”

When classes seem overwhelming, and the future is daunting, staying grounded can be as simple as taking Sarah and Tim’s advice to live in the moment. Embracing the professor-student relationships, engaging with the liberal arts, and participating in impactful conversations reveal the beauty of what Hillsdale has to offer. Students may not know where they’ll be in five or ten years, but they can take time to appreciate what they can know: time on Hillsdale’s campus is precious and worth savoring. 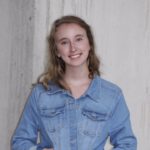 Meghan Schultz, ’23, is an English major who loves a cup of coffee and a good story, preferably together. A Michigan native who appreciates fall drives and summer days at the lake, she aspires to be a book editor and enjoys working in youth ministry.

Two Hillsdale College alumni reminisce on their time here and discuss the importance of the conversations we have in college.