Why I Chose Hillsdale: Noah Weinrich

Hillsdale caught me by surprise.

I didn’t know exactly where I wanted to go to college—I just knew I didn’t want Hillsdale.

My dad was the one who wanted me to apply here. Our story is common. He heard about the school on talk shows and National Review and wanted me to check it out. I hated the idea immediately. To me, Hillsdale seemed like a mediocre Christian school in the middle of nowhere, eight hundred miles from home. I wanted something southern, cool, and above all, something with a big name. I thought I was Very Smart, and I wanted people to know.

I was after something that raised people’s eyebrows, like a top pick from U.S. News and World Report. I wanted that embossed acceptance letter to validate my hard work in high school—physical proof that I was Very Smart, that my parents had made the right call in homeschooling me.

But it didn’t turn out that way. I started getting waitlist and rejection letters from my top schools. I had wrapped up so much of my ego in the admissions process that those were hard to take.

And then I came to Hillsdale. My dad probably figured out some way to bribe me to visit, maybe with permission to use the car for a month. It was January, and we were from Georgia, which meant we had to get new coats and boots. When our flight landed, the snowdrifts made my eyes bug. My dad—a Florida native—decided to drive. When we came down Ball Road, a nice dirt backroad, we both tensed as we skidded around an icy curve. I hated it.

But once I stepped onto campus, something changed. People were friendly and knowledgeable, and everyone was willing to talk. Dr. Kearney even talked to me for an hour about the book I was reading, Infinite Jest. No one else I had talked to before had even heard of it. I came out of that weekend with my idea of college shaken.

Then in the midst of more letters—some acceptances, some rejections—I came back to Hillsdale for Scholars Weekend. I found myself back in this different world. I realized students and professors are here to learn, not just to get As and publish their work. You could feel it on campus. Students weren’t distracted by laptops in class, and professors were engaged in helping their students progress in the classroom. Even my fellow prospective students were dedicated to learning. They planned on majoring in English, classics, art—disciplines I had never considered as possibilities.

I learned two things over that weekend: People come to Hillsdale to learn, and Hillsdale cares about its people. I had never gotten that feeling at other colleges. They seemed like great places, but they resembled something like career camps—or even summer camps—rather than communities of learning. After coming back from Scholars Weekend, I reluctantly decided that I had to go to Hillsdale. It was the only place where I knew I would be at home.

Hillsdale opened my eyes to what education could be. Not just a step to better my career, but a step toward knowledge for its own sake. And my time at Hillsdale has proved that I made the right choice. I have found a community that values me, not just for my grades, scores, or for being Very Smart, but as an individual. I’m surrounded every day by people who have studied everything from Infinite Jest to Aristotle far more deeply than I’ll ever be able to. This place has challenged, humbled, and changed me. Hillsdale is not what senior-year me wanted. But it turns out it’s exactly what I needed, and I’ve never looked back. 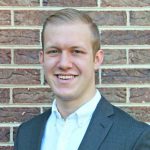 Noah Weinrich, ’18, is an Athens, GA native studying Politics at Hillsdale College. When he’s not freelance writing or studying, he’s playing guitar, reading, or putting off deciding on a career.