Rather than attending a cheery parade complete with firetrucks, mini American flags, and lollipops, junior history major Hailey Morgan spent her Memorial Day last summer working at a luminary event for a national cemetery. Surrounded by 15,000 lights representing the 15,000 buried soldiers, Hailey and her coworkers gave presentations to the 7,000 attendees on one of their first days of work. “It was an emotional experience. I still think about it and get chills,” Hailey said. This event was just one part of her memorable summer as a seasonal historical interpretive ranger at Fredericksburg and Spotsylvania County Battlefields National Military Park.

Among other responsibilities, Hailey staffed a museum, spoke with visitors, and—her favorite—gave tours. While some visitors just stopped by because they were passing through the area, others wanted to discover the history surrounding an ancestor who fought in the Civil War. Hailey would help them look through huge maps where they could determine where the ancestor fought, was wounded, or died. Regardless of the purpose of their visits, Hailey said that she loved tailoring every tour to pique the specific interest of each visitor.

Though Hailey was surrounded by historians and history majors, she and her coworkers had to spend two weeks in training before beginning work. They attended classes on how to answer tricky tour questions, walked through and studied each of the battlefields, and heard stories and facts about the soldiers and battles. With one summer of experience under her belt, Hailey said she would love to return next summer, and perhaps even permanently after graduation.

“I want to work for the National Park Service. It gives you a chance to be on the forefront of history, where you are on the actual sites, seeing and preserving these places,” Hailey said. 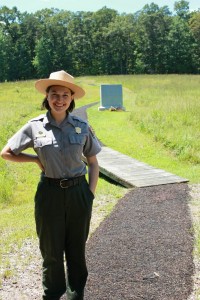 Hailey has been intrigued by history for several years, but didn’t decide to be a history major until she matriculated into Hillsdale—decisions that she claimed went hand in hand. Now that she’s here, she raves about the history department and the outstanding professors who have combined the “interesting, knowledgeable, and helpful” to form a coherent historical picture.

“I like how connected things are. There’s really so many instances where I learn something in one class and it applies to something in another class. The history department does a good job of having focus,” Hailey said. Her interest in and dedication to history exemplifies itself in class and to professors. Dr. Miles Smith described her class participation as “steady enthusiasm,” explaining that her energy is evident, but not flaunted.

“She’s not a person who’s loud about how excellent she is. I’m from the south, where you’re trained to notice effortless grace, and she definitely has effortless grace. She’s naturally graceful about her own abilities, and I know she’s listening in class because of the way she writes in papers,” Dr. Smith said.

Through her work, Hailey was able to “contextualize the past by placing it within its proper geographical framework, which is invaluable for those who want to understand the past,” according to Dr. David Raney. After having her in two of his classes, Dr. Raney praised Hailey’s decision to spend her summer in a historical location—a much better way to understand history than through a textbook.

“You can tell that she takes historical subjects quite seriously and that I think seems to make itself known in the presence of other students. I’ve seen her really mature not only as a young woman but also as a budding historian,” Dr. Raney said. “She’s obviously kind of a jovial soul, so that’s part of what makes her distinctive.”

Hailey loved the appreciation so many visitors expressed during their visits. Some would watch as she raised the flag in the morning while others asked her for a picture after the tour. These visitors and her coworkers often presented different perspectives, but they all shared in common an appreciation for the preservation of the battlefields.

“It’s nice to see young people are interested in history because at Hillsdale it’s a thing, but you kind of wonder about the rest of the country. That was good to get the positive response and know that people still care about it,” Hailey said. 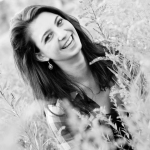