Innovation and The Liberal Arts

Tech entrepreneur Mark Cuban insists that in ten years, there will be more demand for liberal arts majors than for computer programming majors. As computers become more intelligent, Cuban argues, “You need a different perspective in order to have a different view of the data.”

A few years ago, as a fresh Hillsdale alumnus, I would have been quite skeptical of Cuban’s statement. But as a graduate student in design and innovation, I have come to appreciate the staying power of my liberal arts degree—for how it has improved my character and my career.

The Liberal Arts Teach You Empathy

But by the end of my second semester with Dr. Jackson, I received an unobtainable A on a paper as well as a book from him for my hard work and improvement.  But the best gift was, of course, an emotional response to the Great Books.

Compare this to my first day of business school a few years later where the professor guaranteed: “At any moment, you can ask me if what we are learning could help you make money, and I would be able to give you an answer.” Not a bad deal, and nothing wrong with making money. In fact, my skills in corporate finance would prove to be far more alluring to my first employers than my love for Dostoevsky.

But as I become a creator and innovator, and not just an employee bent on impressing my first boss, my liberal arts education is just as important as any technical proficiency I’ve picked up. Where do profits come from in the first place? From meeting the demand of the consumer—whether or not he knew about that demand. Innovations often require technical excellence. But they also demand a deep care for and understanding of the customer’s wants and needs.

The methodology of design thinking, a powerful approach toward innovation, requires empathy. Think of Apple’s painstaking pursuit of design perfection. Using empathy, designers see their product with fresh eyes, laying aside their assumptions and experiences and envisioning the end-user’s desires.  It is not uncommon to have engineers, economists, and art historians working together within design teams. This is to collect from a broad swath of human pursuits and experiences, to reframe the problem and attack from many angles.

How better do you learn empathy than through a liberal arts education? My broad exposures from my Hillsdale coursework, ranging from linear algebra to symphony orchestra to Roman Civilization, allow me to reframe questions from a variety of perspectives. I have empathy for the end-user as I have empathy for the human condition.

The Liberal Arts are Timeless

We all have two jobs. The first is the job we have today. The second—often overlooked—is to imagine what our future job might be, and to work toward that new job. A more technical education often helps with the first category.  But the best training for that second job? A liberal arts education.

Over time, required techniques and skill sets will change. Software packages I was proud to post on my resume a few years ago are now obsolete. Data analytics and machine learning advance so rapidly that material freshmen learn today will surely be outdated by the time they graduate.

Though a liberal arts education may not appear to deliver immediate value to an organization, it does have timeless value. The classics remain classic; the human spirit remains what it is. The broad education of the liberal arts develops what a favorite Hillsdale professor of mine called “meta-skills,” that is, skills about skills. Empathy, creativity, a sense of wonder about the universe. These may not gather a queue of employers at your door at age twenty-one. But over time, these are traits of a successful human being—at work and beyond.

Indeed, over time liberal arts majors do close the earning gap compared to peers with more technical training. And as computers push to automate more workplace routines, it is this unstructured, creative work that will matter the most.

This is not to say the liberal arts and engineering are incompatible. For example, students of literature would be well advised to using computer assistance in their analysis of text. Vice versa, engineering theory increasingly places user experience and empathy as the top priority. And, of course, a liberal arts degree is not a prerequisite for a life of intellectual hunger and fulfillment. There are many STEM graduates with far greater passions for culture and the arts than their liberally educated peers.

Rather, I argue that disdain for a liberal arts education is counterproductive. It is encouraging to see tech leaders like Mark Cuban draw this conclusion, and I believe as technology advances this will become a less controversial opinion. STEM is essential but only part of the equation for innovation. The liberal arts also matter. A liberal arts grad should see his or her education not as a meaningless pursuit but, as Steve Jobs would say, a way to “make a dent in the universe.” 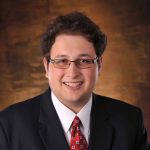 George Mount is an alumnus of Hillsdale College from the class of 2010.  He is currently a PhD student at the Weatherhead School of Management at Case Western Reserve University.