Intellectual Humility and the Liberal Arts

To be sure, the importance of intellectual humility extends far beyond the sphere of higher education. As Peter Samuelson and I wrote in our recent book, Intellectual Humility: An Introduction to the Philosophy and Science (2017): “All too often, when faced with difficult questions, people are prone to dismissing and marginalizing dissent. Around the world, politics is incredibly polarizing and, in many parts of the world, extremely dangerous. […]  So on the face of it, the world needs more people who are sensitive to their own intellectual failings…The world needs more intellectual humility” (pg. 4).

While there is an exciting, ongoing academic debate regarding the nature of intellectual humility and its application, we might be able to settle on at least a rough approximation of the virtue. We might think of humility simpliciter as the mean between the vices of arrogance and servility. The humble person, we might think, doesn’t value himself too much (which would be arrogance) nor does he value himself too little (which would be servility).

Unfortunately, both poisons are arguably all too common at institutions of higher education. The list of topics that are not open for discussion seem to be growing at an alarming rate, which only feeds into the growing worry that such institutions are intellectually monolithic indoctrination machines. But at those same institutions, a culture of skepticism and doubt—especially within the humanities—aim to call into question everything, including timeless truths about the human condition.

The College’s requirement that all incoming freshmen take Introduction to the Western Philosophical Tradition demonstrates this point. Philosophy, I’d like to now suggest, is especially suited to propagate intellectual humility and avoid the poisons of blind dogmatism and gratuitous skepticism. As the seminal twentieth-century philosopher Bertrand Russell aptly explained in his book Unpopular Essays (1950), “Dogmatism and skepticism are both, in a sense, absolute philosophies; one is certain of knowing, the other of not knowing. What philosophy should dissipate is certainty, whether of knowledge or ignorance” (pg. 27).

One of the most salient features of the Western philosophical tradition is this tightrope walk that the tradition has striven to maintain between unreflective dogmatism and intractable skepticism. Socrates, the father of Western philosophy, sat between (i) the stiff traditionalism and paganism of ancient Athenian society and (ii) the radical skepticism and relativism of the sophists—where he pursued the highest truths while fully aware of his limitations.

To be sure, sitting between dogmatism and skepticism can be a dangerous place to be. This is part of the reason why, in an earlier work, The History of Western Philosophy (1945), Russell calls philosophy “a No Man’s Land” (pg. xiii), as it is open to attack from both dogmatists and skeptics. After all, we might plausibly think of Socrates as being put to death for appearing, at once, too dogmatic (being accused of corrupting the youth by indoctrinating them with ideas foreign to the received tradition) and too skeptical (being accused of denying the Athenian gods).

Of course, none of this is to say that we should never be dogmatic or skeptical. Obviously, we should, for example, be fairly dogmatic about two plus two equaling four, and we should probably be relatively skeptical about just how many angels can dance on the head of a pin. But Russell’s general point is surely correct: legitimate philosophical training—especially a training that maintains a view of the history of ideas and debates from Thales to the present day—should help students to dissipate unfounded certainty of knowledge or unfounded certainty of ignorance, especially ignorance of weighty, eternal truths. And in so doing, philosophy aims to dissipate those poisons of the mind commonly associated with those vices that stand opposite to intellectual humility.

While a few institutions are looking to reduce funding for their philosophy departments, Hillsdale has made a commitment to philosophy as necessary for a liberal arts education. And while many institutions are building a reputation for vicious dogmatism and skepticism, Hillsdale College has demonstrated a commitment to intellectual humility, to philosophy, and to the honest pursuit of truth. 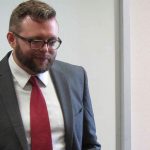