We asked several members of Hillsdale College’s English faculty to give us their top recommendations for literature. Here are the books that should be at the top of your reading list.

“Join Dante on his great pilgrimage from earth to heaven and learn what makes us destroy ourselves (Inferno), and how we might become ‘fully alive’ again and live a new life in communion with God and others (Purgatorio and Paradiso). Among the most harrowing — and beautiful — meditations on liberty in the world, Dante’s great comedy begins where we all find ourselves, ‘in the middle’ and ends with the triumph of ‘the Love that moves the sun and other stars,’ as the last line of the poem SINGS. The rest is silence.”

“This short novel, loosely based on the Biblical book of Ruth, is a lyrical meditation on love, memory, and loneliness. It’s one of those beautiful, haunting stories that stays with you long after you close the book.”

“Milton’s epic poem is worthy of interest as one of the two or three most dazzling displays of the English language available to us. Milton’s plot, with its falls, its redemption, and its chastened vision of what is possible for humans here below, gave modern literature one of its chief story lines, one that still feels natural to us today.”

Revelations of Divine Love by Julian of Norwich (in its original Middle English)
Dr. Justin Jackson

“In this book the reader finds some of the most beautiful meditations on the self’s approach to God, where the lover constantly seeks out the beloved, a mutual self-giving that saturates existence itself. And all shall be well.”

“This short story cycle is set largely in the fictional Mississippi community of Morgana. The book, in its use of an impressive variety of modes and voices, and in its suggestion of the mythic nature of average lives in a small southern town, is a minor masterpiece of twentieth century American literature.”

“The novel’s magnificent display of comic virtuosity not only earns it a place among the greats, but it is so hedonistically delicious to read, it will imperil any reader’s lurking modern puritanism.”

“While one can easily justify reading this novel for a multitude of all the proper academic reasons, my own simple recommendation is because the novel will fill its readers with delight. It is a joyous, funny, lyrical book. The only difficulty it might present students is in deciding which parts are more delightful, the digressing prefatory chapters of each volume or Tom’s wild adventures.”- Dr. Benedict Whalen

“This play is the highest of all Shakespeare’s comedies, linking the divine with the earthly in a way reminiscent of Dante. It’s a meditation on the highest things the liberal arts can show us: Ruling self in order to rule others; philosophy; love, jealousy, and forgiveness; education; art. Consequently, it’s a play that shows us how truth, goodness, and beauty are not mere abstractions which have no claim upon us, but rather, they are present in everyday life, calling us to transform love of self into love of neighbor.”

How many of these books have you read? Let us know in the comments, and check out our excellent undergraduate English program – find out more at the Hillsdale College website. 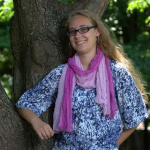 Victoria Barry,’16, is majoring in English with a classical education minor. She is the president of the A.A. Milne Society, an editor for the Tower Light, an active member of the Catholic Society, and a volunteer at Mary Randall Preschool.