Science Outside Strosacker: Biochemistry, Humanities, and the Real World

Naomi Virnelson, ’16, is not your typical science major.

“I was actually interested in Hillsdale College for politics,” Naomi said.

By the time she made it to college, however, Naomi found herself in an entirely different discipline: biochemistry. “My senior year of high school, I was in a biotechnology class. I really liked it,” Naomi said. “My ambition got the better of me, and I was like, ‘I’m going to be a doctor.’”

The biochemistry courses aligned well with the requirements Naomi would need to get into medical school. “Coming into Hillsdale, I figured it would be the best major to fulfill the prerequisites for graduate school,” Naomi said. “I kept it because I liked the classes!”

However, after her experience in some of her sophmore science courses and volunteering at the Hillsdale Community Health Center (HCHC), Naomi wasn’t sure if she wanted to commit to another eight years of training for such an intense career as an obstetrician and gynecologist. Naomi recalled that while volunteering in high school, she found herself in a conversation with a pregnant woman. The woman suggested she look into midwifery.

“I’m not exactly sure why she suggested that – probably because I took such an interest in talking about her pregnancy and thoughts on labor and delivery methodologies,” Naomi said. She wasn’t keen on the idea at first: “I was like, ‘What? Who even does that anymore?’ I pushed midwifery aside, but the interest kept growing.”

As she learned more about the career, Naomi became more and more intrigued by the prospect of becoming a midwife. “I love the philosophy behind nurse-midwifery in particular, the idea that every person has dignity and the nurse is there to not only attend to the patient but to always advocate for her health and the health of her family,” Naomi said.

Her experience with midwifery, however, goes beyond ideas. Naomi had the opportunity to volunteer in the obstetrics department at the HCHC. Typically Naomi stocks supplies, turns over rooms, or passes out meals, but she has observed several deliveries, including a caesarean section. “What I love about women’s healthcare is that even simple tasks are an opportunity to make a woman feel safe, known, heard, and cared for, something she really needs during pregnancy, labor, and delivery, one of the most difficult human experiences,” Naomi said. In that respect, Hillsdale alumnae and HCHC employees Kathy Petersen, dean of men Aaron Petersen’s wife, and Amy Zoll, a midwife, have been influential to Naomi, providing her with advice and support.

Yet her skills and experiences in the sciences relate not just to the laboratory or volunteering. Some of the same questions and concerns in her scientific pursuits were addressed in her Introduction to Western Religion class. “The questions posed in that class allowed me to more fully integrate my faith and my scientific outlook on the world,” Naomi said. “That intersection of the class and my major helped me to develop that integration through the liberal arts.”

Naomi is grateful for her science education for that reason. It allows her to approach literature, history, and the life from a different angle. “In science, you’re always taught to ask questions and dig deep. There’s a mindset that things are knowable and discoverable. I think I go into other classes with that same mindset that it’s important to ask questions and make discoveries, and that there are answers to be had.” 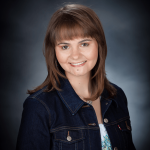