Dr. Michael Clark, an associate professor in economics, has inspired countless students to pursue economics at a graduate level after Hillsdale. His dedication to coaching students through the discernment process stems from the fact that he would have missed out on earning his own PhD if not for the involvement of his professors.

A 2004 graduate of Hillsdale College, Dr. Clark had no idea starting out that he even wanted to major in economics, much less earn his PhD in the field. He initially found econ through the core curriculum and realized it was a good fit.

“The subject made sense with the way my mind worked, so I started to pursue with a little more gusto. I ended up doing well in two of Dr. Wolfram’s classes, and Dr. Wolfram helped arrange a Foundation for Economic Education (FEE) scholarship so that I could attend a summer seminar and harness my passion for economic ideas.”

Despite his knack for econ, Dr. Clark, who also played varsity basketball for Hillsdale, had never considered studying it at an advanced level.

“I did not see myself as a typical grad student, and honestly the concept of getting a higher degree was not even in my worldview. However, since I was so undecided about my future near the end of junior year, one of my professors, Dr. Mark Steckbeck, suggested that I apply to George Mason University, his alma mater, as he believed I could be successful.”

In the end, Dr. Clark decided to apply to George Mason. He excelled and earned both his master’s and PhD before returning to teach at Hillsdale in 2011. Now as a professor, he keeps an eye out for students who would be a good fit for graduate school.

Mackenzie Dickhudt, ’07, is one of the many graduates of the economics department who continued on to George Mason University under the guidance of Dr. Clark.

“I didn’t consider pursuing a graduate degree in economics until my senior year when Dr. Clark sat me down and told me to apply to George Mason University,” Mackenzie said. “Because I respected him and how he had taught me that economics is compatible to my values, beliefs, and worldview, I did.”

Dr. Clark’s sage advice has proven successful in his mentees, leading them to fulfilling paths after their education at Hillsdale.

“I am incredibly grateful for his vision for, and honest assessment of, my abilities,” Mackenzie said. “He knew I had no desire to get a master’s in economics, yet encouraged me to apply and accept. He saw my potential and knew I would love it. He was so right.” 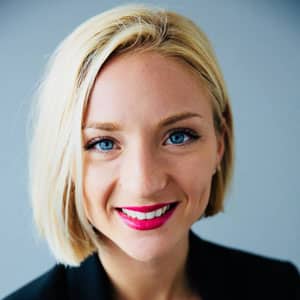