A Study of Church Tensions

Senior Bryan Morey has been interested in religious history since high school. While the majority of his studies at Hillsdale have focused on the Jacksonian period, his passion for religious history has continued to grow during his time here. After taking a class on the history of England, he was inspired to research the impact of religion in England during the 18th- and 19th-centuries for his thesis. Dr. Stewart suggested that he study in Warwick, where he often uses their extensive archives to complete his own research, also adding, as Bryan would soon learn for himself, that Warwick is unique compared to many other cities in England. This idea later encouraged the basis of Bryan’s thesis: that Warwick vastly differed from the rest of England in the 18th- and 19th-centuries.

Bryan wasn’t sure what to expect when he first headed across the pond. His research at the Warwickshire County Records Office generally consisted of looking up registers to get a grasp of information, such as church members’ occupations, marriages, and deaths to indicate who went to what church and what they did for a living. Bryan also analyzed church minutes that had been recorded by officials.

He originally expected his findings to focus on tensions between nonconformist, Catholic, and Anglican churches in the 18th- and 19th-centuries, but soon ran into some difficulties. Though most of England was torn apart by religious feuds during this time, he couldn’t find any indications of tension in Warwick. However, when Bryan spent a day in Shakespeare’s Birthplace Trust in Stratford-upon-Avon looking at church records, he discovered something interesting. Though Stratford is located in the same county as Warwick, he quickly found evidence of tension between churches in Stratford that did not exist in Warwick. This led him to determine that if such tensions had been present in Warwick as they were in Stratford, he would have discovered them. For some reason, Warwick was simply different.

Looking back on his memories from the trip, Bryan recalls one instance when when he was sifting through old Catholic records during his short stay in Birmingham to further his research. He realized that he wasn’t finding much besides marriage registers and was about to leave when he stumbled upon the record of a certain beloved author who happened to have been married in Warwick: J.R.R. Tolkien. Of course, Bryan thought this was pretty exciting.

Bryan remembers the trip as a great experience, thanks in part to the friendliness of the people he encountered who were excited to have an American studying in Warwick. Noting that most undergraduate students are not given opportunities like this one, he was extremely grateful for his time in England. Brian’s story further demonstrates the unique relationships that students at Hillsdale have with their professors, not to mention the fact that Dr. Stewart knows some pretty great places for researching abroad. 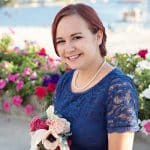