The Joys of Hillsdale’s Theatre Department

All the world’s a stage, And all the men and women merely players.” – William Shakespeare

When I auditioned for the Fall 2014 production of The Misanthrope, I wasn’t totally sure what to expect. I’d auditioned for plays before, but this was college. Surely the process would be far more competitive than anything I’d experienced so far. My audition was with a group of six other students and the talent I saw blew me away. I remember thinking that if I was up against them for parts, there was no way I’d be cast. It turned out that five of us from that audition ended up getting parts in a play with a cast of eleven, and I was so excited to jump in.

As rehearsals began and I got to know my cast members, I was struck by not only how talented, but how welcoming the rest of the actors were. The Misanthrope was by far the most “professional” play I’d ever been in, with the shining lights, exciting music, and incredible costumes. However, instead of feeling overwhelmed, I felt quite at home. This was largely due to the attitudes of my cast mates. Although around half of us were freshmen, I never felt any kind of disconnect between us newbies and those who’d been starring in plays at Hillsdale for years. We were a team.

Still, the more time I’ve spent around these “theatre people,” I realize that very few of them actually qualify as what we’d normally think of as a “theatre person”. One of the best parts about the Theatre Department here is how open it is to non-theatre majors and people who have very little experience. Anyone can audition; many do, especially when we’re performing a Hillsdale favorite like William Shakespeare.

Nobody exemplifies this Tower Player (Tower Player is the name given to the production arm of the Theatre Department) spirit quite like my friend Noah Diekemper, whom I met in The Misanthrope. Noah is double-majoring in Math and Latin, and has acted in three shows here at Hillsdale, including our current production Twelfth Night. He was initially attracted to what he referred to as the “lowish bar to parts”, meaning that auditions are open and many people get cast. He continued, “One of my friends who majored in math and chemistry, persuaded me to participate by explaining that it wasn’t actually a huge time commitment. I kept coming back because they kept putting on some of my all-time favorite plays. It’s a very receptive set-up, where people don’t have to surrender life and soul for a fun experience acting.”

Our fall production is coming up earlier in the calendar than usual, so all but a few roles were cast last spring. The remaining parts, however, were filled by incoming freshmen, and I love seeing their new faces involved in our show. I was one not long ago, and they serve as a wonderful reminder that anyone can participate, and everyone can get something out of it. Whether you love Shakespeare or Molière, you crave being in the limelight, or maybe you just want a chance to dress up as a pirate, consider giving theatre a shot. After all, aren’t all men and women merely players? 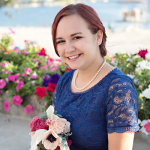