Why I Chose Hillsdale: Luke Hollister

When the snow falls in Hillsdale, it never fails to fill me with wonder: a single, particular snowflake is released from the clouds and then guided to earth by wind’s soft touch, twitting and twirling about until it finally rests among its brethren in a soft blanket of icy cold. My own journey to Hillsdale was not so gentle. I had applied to nine schools and been rejected by seven of them. Of the last two, Hillsdale was the clear choice, and I submitted my deposit within two months of even first considering the school. It was truly Providence that brought me to this special place in southern Michigan, but it didn’t take me long to realize that this is no regular college.

The professors at Hillsdale understand education to be a profound and unique gift. They believe that college is not merely a place to obtain a “certificate of employability,” but rather, a place where one embarks upon his journey towards virtue. Although I wasn’t too surprised when my history professor connected my current problems to the solutions of men who lived thousands of years ago, I was amazed when my biology professor compared Darwin to Plato.

Good faculty alone doesn’t make a good school, though, and it isn’t merely the faculty who share these ideas about education. It was my second Saturday at Hillsdale and I was in the campus coffee shop—for what, I no longer remember—when a senior named Isaac offered me a seat. I had only shaken his hand once before and barely considered him an acquaintance, and yet I stayed in that seat for the next three hours. Isaac asked me questions about the philosophy of education, picked my mind about my specific goals, and gave me his advice and perspective. I left that conversation feeling rejuvenated, my mind spinning with thoughts. I spent another Saturday not long after in much the same way, talking with a senior on my mock trial team about religion. Those conversations educated me more about my own goals and theology than any personal reflection—or class, for that matter—could have taught me.

I have learned at Hillsdale why our president, Dr. Arnn, often says that the best education happens outside of the classroom. I have begun to understand that in order to grow into my full humanity, I have to take the knowledge I have acquired and force it to interact with my decisions and the character from which those decisions have sprung. This interaction won’t happen unless I choose it, but it can be facilitated and fostered by people like those two seniors, my professors, and by the other Hillsdale friends I now have. Hillsdale’s students and faculty will complete the process of true education by encouraging that interaction of knowledge and character which produces a virtuous human being. They strive for a treasure in education that is far more eternal than a mere college degree, and by the grace of God, their striving is not in vain. 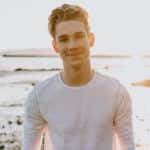 Luke Hollister hails from Bellingham, WA, and is planning on a double major in economics and English with a minor in finance. He competes on Hillsdale’s mock trial team as an attorney and witness and is involved on campus with the Investment and Outdoor Adventures clubs.