Life After Hillsdale: “It’s the People” in the Real World 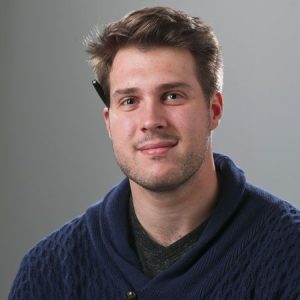 Tom Novelly, a 2017 Hillsdale grad, lives the exciting, fast-paced life of a breaking news and crime reporter for the Courier Journal in Louisville, Kentucky. He gets into the office bright and early, cup of coffee in hand, and waits for the new scoop of the day—typically a crime report—and then leaves for the scene. He snags interviews with bystanders and police, digs through public records to get a background on the alleged perpetrator, and posts his stories to the newspaper’s website—all within one day. What’s interesting is that if it hadn’t been for a dare, Tom might never have gotten involved with journalism in the first place.

During the middle of his sophomore year, one of Tom’s Sigma Chi fraternity brothers who worked for The Collegian dared him to attend an article assignment meeting. He ended up interviewing the men’s tennis coach, and when Tom saw his name in the byline of the printed article, he realized this was something he wanted to pursue.

“The feeling of being able to see your name in print the next day was so exciting,” he said. “I was kinda hooked from there.”

By Tom’s senior year, he was the editor-in-chief of the college newspaper, which proved to be an invaluable experience in the workplace. By writing city news articles at college, he discovered he wanted to work for a big city paper. He applied to papers in many major metro areas and got picked up by the Courier. Tom started the job right after graduation.

Having worked in the “real world” for several months now, Tom has realized some major differences between college life and full-fledged adult life.

“Since Hillsdale is a liberal arts school, you can only graduate with a minor in journalism,” he said. “But all of my colleagues graduated from prestigious journalism schools that prepared them for the technical aspects of the job, such as how to read an arrest citation.”

Tom learned how to read those in his first couple of weeks on the job and feels he has thrived in ways his non-Hillsdalian colleagues have not.

“They have more technical aspects, but the technical aspects can always be learned. The broader philosophical mindset needs to be grown in some way.” Hillsdale is where Tom learned to consider the broader context. “I was a politics major. Whenever there’s a breaking political story, I understand the broader philosophical ideas behind the individual decisions of policy-makers and elected officials. I think a liberal arts degree applies very well because it forces you to look at the big picture of everything you’re writing and ask, ‘What is this the broader result of?’”

Another difference involves community life away from Hillsdale.

“Always stay close to your college friends,” he advised. “In college you are always in a constant sense of community. As soon as you graduate school, the only thing you have as a sense of community is your workplace. A lot of your friends will come from that. But Hillsdale friends are forever. You can’t replace them out in the real world. The quality of friendship outside of Hillsdale is vastly different.”

To Tom, journalism and Hillsdale share the same goal: “It’s the people.” The College prepared him to think differently about the world and taught him to consider the many ways in which a situation affects a person, whether that be emotionally, physically, economically, or spiritually.

“Journalism is a human enterprise. It’s about the people. It’s all about human beings. And being a reporter is about presenting facts that involve human beings. At Hillsdale I learned to think broadly about the human experience and the human condition.” Something he applies every day to his reporting. “What does someone think about crime happening in their community? What is their hope that allows them to keep going on? What is the worst of humanity, and what is the best of humanity, all within the same neighborhood.” 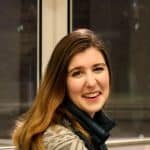