Class of 2014 graduate Ian M. Swanson may be young, but that’s not stopping him from diving into politics. This year, he ran for state Legislature in his home state of Nebraska.

“I saw that my district was not represented by someone that shares my values, so I had an interest in finding a replacement,” Ian says. He knocked on a thousand doors listening to constituents’ concerns before deciding to run for office—and considers it an honor to continue hearing their stories each day.

“Nebraskans are demanding change. In a time where many people are deeply cynical about the political process, I want to demonstrate that men and women of different backgrounds can stand for principle and honor the commitments they make during campaigns.”

Nebraska has the second highest total tax burden in the US, which is why Ian hopes to pass tax reforms, help businesses in Nebraska grow, and seek job creation.

“Our actions today will have a lasting impact on the life our descendants will have in the future. I want us to say we did everything we could to give them a better life than we had.”

Ian’s interest in politics began at an early age. As a child, he watched the news and history shows while his friends preferred SpongeBob SquarePants. This childhood enthusiasm found its way to Hillsdale College where it was refined and informed.

“The liberal arts education that I received at Hillsdale has been absolutely invaluable to my campaign,” Ian says. “Hillsdale took my love of learning and forced me to wrestle with the things I said I believed, and I grew so much spiritually, intellectually, and socially as a result.”

Ian first began to consider attending Hillsdale after a recommendation from Supreme Court Justice Clarence Thomas, whom he had several opportunities to meet during high school. “Justice Thomas has been my hero in life,” he says. “He recommended Hillsdale and, after visiting, I knew it was the right school. I loved how many students were passionate about their faith and discussed the Bible and our shared Judeo-Christian heritage, even outside of class!”

Ian eloquently describes the link between his four years at Hillsdale and his current calling to pursue statesmanship: “I was prepared to articulate the principles of liberty in a winsome and relatable way. Studying the liberal arts prepares you to live a truly humane life by understanding what is good, true, and beautiful. Statesmen are tasked with defending the Judeo-Christian and Greco-Roman heritage that has shaped the whole of American history, and I am very grateful to Hillsdale for helping me to learn how to do that.”

Ian explains that Americans must understand our heritage and the principles that led to the country’s greatness and pass that understanding on to the next generation. As for students who wish to pursue politics, Ian encourages involvement sooner than later. Helping local and state leaders is a good place to start. Even though you need not run for office to have a positive impact, Ian says, “If you do want to run, make the decision beforehand to stick to your principles. The storms will come, but there will be a grace to do everything you are called to do. You can do it!” 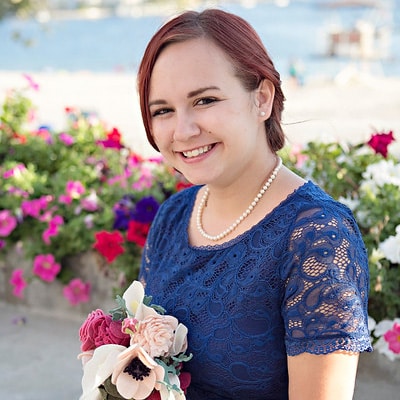