The Heart of the Matter: Claudia Louis, ’71 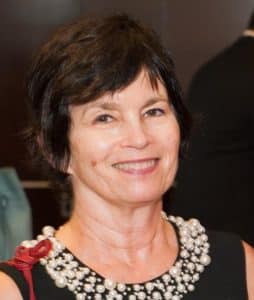 When Claudia Louis, ’71, was 21, her 23-year-old sister passed away from a congenital heart defect. Not long after, Louis found out that she had a heart defect as well. After learning how to navigate her heart issues, she brought together her passion for heart health and her love of politics to become a lobbyist for the American Heart Association. “The issue was near and dear to my heart,” Louis says.

Retiring this past December, Louis had a long, successful Washington, D.C., career in politics that she credits to her teachers. “My career has been fantastic because of my high school civics teacher and the great professors at Hillsdale — dreams do come true,” she says.

Growing up in Grosse Pointe, Michigan, and then in Ohio, Louis chose Hillsdale for her undergraduate degree because she wanted a small school and missed living in Michigan. She transferred to Ohio University for a quarter during her junior year, before returning to Hillsdale and graduating with her class. “It wasn’t until then that I saw the importance of Hillsdale,” Louis explains. An active member of the Winona yearbook staff and a member of Pi Beta Phi, Louis went on to do what she thinks every other political science major at the time wanted to do—head to the nation’s capital. “Where else do you go but to Washington, D.C.?” Louis asks. “I had my goals and I wanted to achieve them.”

While the job market at the time led her to do “a lot of walking the pavement looking for a job,” she eventually found herself applying her Field Works in Political Campaigns class that she had taken while at Hillsdale. This is where she first started to see her undergraduate education come to life. “It showed me that it’s one thing to study, but another to put that coursework into action,” Louis says. While working, she earned her MBA in marketing at George Washington University, which would help her later on as a lobbyist.

Louis’s first job in D.C. was working as a message writer for Vice President of the United States Spiro Agnew. A few years later, she began at the American Heart Association, where her responsibility was to “get more money for heart and stroke research and prevention for the National Institutes of Health and for the Centers for Disease Control and Prevention.”

Her advice to current students who have their eyes on lobbying is to work on Capitol Hill first. “It is so important to have that experience. As a lobbyist, be non-partisan; you have to reach across the aisle to get things done,” she says. Remembering the words of former U.S. Speaker of the House Tip O’Neill that “all politics is local,” Louis says she believes that bringing big issues down to the local level is another effective way to approach politics. “When I went to lobby people, I would later bring that local information to members of Congress,” she explains.

Louis and her husband, Sheldon Roseman, live on Capitol Hill in Washington, D.C. Feel free to contact her at cjameslouis@gmail.com.