It’s a normal Tuesday morning and you’re headed to work. But you’re not headed to your desk in a comfortable office somewhere; you’re headed to a lab containing incriminating evidence from a crime scene, and you’re about to identify the DNA sequence needed to bring the guilty to justice. You’re living the life of a Forensic Scientist DNA Analyst.

Every day, Danielle Pohl Wilhelmsen, ’14, comes into work and looks at evidence from crime scenes. She goes into the lab, reads her current case, then starts to process data. Her evidence comes in all kinds of forms—from tissue to clothing to a weapon—anything you can think of, she’s seen. She then extracts the DNA, finds the genomic information, quantifies it—even a few skin cells can be used to identify a full profile—and finds the markers in the DNA (totally unique to each individual) to match the perpetrator. Then her reports go back to the police, and they start to build their case.

So how did Danielle find herself in the role of “Forensic Scientist DNA Analyst?” She saw the job posting and knew that she wanted to use her science background to help solve crimes and bring people to justice. She often goes into court to testify as an expert witness—the voice for science. Being in court is not always easy, according to Danielle. It’s heavy and emotional to see the victim and the guilty before you, but she finds solace in knowing that the work she does in the lab contributes to bringing justice to these people and their families.

Danielle knew she wanted to use science to help in some way other than medicine, and she firmly believes in the mission of Hillsdale College, so she set off for a degree in biology at Hillsdale. The strong, educational foundation of the core curriculum helped her in her pursuit of truth, making sure both the perpetrator and victim get the justice that they deserve. Coming from a big high school in Miami, Danielle notes that the one-on-one attention from professors in the classroom, especially in the sciences, was instrumental in her undergraduate education. Learning in a hands-on environment at Hillsdale, she was able to conduct research and have other opportunities that her colleagues in grad school hadn’t even attempted as undergraduates. These experiences at Hillsdale put her miles ahead in graduate school and in her career.

What were her most influential classes? Genetics and Comparative Anatomy and Physiology. Her genetics class was what encouraged her to go to graduate school for genetics, and working with the cadavers in anatomy helped her apply what she was learning, which was instrumental in continuing her interest in science and crime. Working with dead bodies in the anatomy lab also helped her to deal with the shock of crime scenes and put them into perspective with regard to her work.

Outside of Danielle’s science classes, one of her favorite classes was a pop culture sociology course. “Sociology showed me human nature in action—why people act the way they do. It gave me an introduction on how to get into the head of other people. That has helped me in my job because the criminals have such broken psyches and they deviate from the norm. This class helped me see these cases as interesting rather than sad and despairing.”

At Hillsdale, Danielle loved the core. Through it, she was able to study the Constitution and western religion, and those classes opened her heart and shaped her faith. For Danielle, faith is a big part of going into science. “You get to know the beautiful way of how science is related to religion, and that gives me clarity and feeds my passion of wanting to help and serve society.”

Her parting advice to Hillsdale students? “Whatever interests you have, no matter how small, you should pursue them. You won’t know what captures your attention until you try it. There are so many internship programs and opportunities that are open for students. Just go out and do them. Find your niche and work for it.” 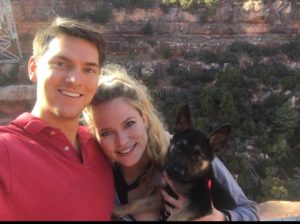 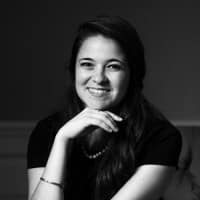 Gianna Green is the Editor in Chief of the Student Stories Blog. She also serves as Hillsdale College’s Social Media Manager. She graduated from Hillsdale in 2017 with a degree in Marketing and Management.