“Strength Rejoices in the Challenge”

“Virtus Tetamine Gaudet,” or more simply, “Strength Rejoices in the Challenge,” is the motto of Hillsdale College, but what exactly does it mean for you as an employer? Christine Nishinaga, a 2016 alumnus and account executive at Yelp, put the answer into perspective when she stated, “My team knows that they can count on me to fight until the end on every deal. ‘Strength rejoices in the challenge’ means to never settle for mediocrity.” Christine’s sentiments uphold the mission of Hillsdale College perfectly, but it’s not enough to say Hillsdale students never settle for mediocrity. They ought to prove it.

Nishinaga is just one example of numerous notable alumni who not only uphold Hillsdale’s creed in word and thought, but also in action. Since our founding in 1844 we have had a rich alumni history, which illustrates the origins of our students’ commitment to never give up. Back then we had hundreds of students fight for the Union in the Civil War. One man in particular, Clinton B. Fisk, was a senior officer during Reconstruction. His efforts for the Union resulted in Black University renaming itself Fisk University after Clinton Fisk.

Perhaps more relevant to your employment needs, however, would be any number of our recent graduates. Take Hannah Akin from the class of 2013, for example. She is the chief of staff and CEO of of business management at Steelcase. Akin said she attributes her success to “understand[ing] why we exist and what we’re here to do.” Hannah demonstrates perfectly how the unique education offered at Hillsdale can be applied successfully in the workplace, and therefore for your organization. This application of Hillsdale’s education doesn’t just extend to businesses either.

Paul Ray, an alumnus from the class of ’08, recently clerked for Supreme Court Justice Samuel Alito. Paul stated, “I spent four years studying great writers and trying to write under the supervision of the faculty at Hillsdale, and that background has been a tremendous benefit.” Paul’s term as a clerk meant that he helped Justice Alito by participating in court proceedings, getting ready for the argument, and occasionally writing the Justice’s opinion. Paul is an exemplary Hillsdale Student, to be sure, but it is also true that Paul is simply carrying on a rich tradition of excellence that all Hillsdale students adhere to.

That’s why, according to U.S. News and World Report, Hillsdale students ranked ninth in the nation for students most engaged in community service. We also had an academic rating of 95 from The Princeton Review, which was above Stanford, Duke, and Yale. We believe a good education is one in which the student is prepared not merely for an occupation, but to be a lifelong learner. You’ll find our alumni are professional, courteous, and excellent at what they do, and they are amazing role models for current students of Hillsdale to look toward for inspiration and guidance. Our alumni help our students see what it looks like to carry on the tradition of virtus tetaminae gaudet, from Clinton Fisk to Paul Ray.

If you are interested in recruiting Hillsdale College students to fill your internship and full-time opportunities, reach out to Ken Koopmans in Career Services at [email protected]. #HireHillsdale 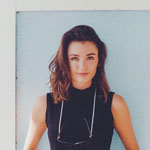 Natalie K. Kent is a native of Maui, Hawai’i and six-year resident of Ave Maria, Florida, Natalie has always enjoyed the tropical climate and beauty around her. However, this Fall she traded palm trees for parkas to begin her freshman year at Hillsdale College in Hillsdale, MI.

This summer, Natalie jumped at the opportunity to work as an intern with Hillsdale’s Career Services Team. She is thankful for the chance to explore her career interests, while also getting to know Hillsdale College and it’s impeccable staff in a unique and personal way.