Calling the Past Home: The Stories of Oak Grove Cemetery

In the first days of October, the chill and fog seep over the grassy knolls of the city. Most windows are dark past sundown, save for the fleck of soft orange light aglow in their centers. The hands that place these candles in the sills mean to honor a tradition of awaiting the arrival of family, pioneers, or soldiers. Yet somehow these lights continue to serve their original purpose. Their dutiful glow still calls across the leaf-blown roads for the weary pioneers and lost sons of the war to return home. The souls they seek are near but no longer walk among us. Many rest in Oak Grove Cemetery, a greener pasture at the end of West Street. There, the trees grow in a thin forest around the graves. The gentle winds of autumn shake their leaves in a low, rustling hush that amplifies with nightfall.

If visitors were to observe closely under the boughs, they might notice that these headstones date back to the earliest days of the college. A great deal of these mark the final resting places for Civil War veterans, including a cenotaph to alumni Charles Vernon Gridley. His captaincy during the Spanish-American war was marked in history with the famous line from Commodore George Dewey: “Fire when you are ready, Gridley!” After Gridley’s death, the college commemorated his heroism at the Battle of Manila Bay with a seashell on its coat-of-arms.

The eldest residents in Oak Grove lay in quieted repose a little farther down the pathways winding through the cemetery. There, smatterings of smaller gravestones humbly bear the names of those most crucial to the college’s beginnings.

The simplicity of Dr. Daniel Beebe’s headstone does not let on that he made the college’s move to the Town of Hillsdale possible. In his first years as a land agent for the wealthy Blackmar cousins of New York, word of a fledgling college in Spring Arbor looking to move to Hillsdale reached their ears. Beebe was one of the first four to visit the college, and he recognized the immense value of the professors and quality of teaching. Dr. Beebe secured a land and monetary donation to establish the college in what was known as the Village of Hillsdale, and from that moment forward he became an integral member in raising the college. After serving on the original college building committee, he served as one of the marshals at the laying of the cornerstone. By the outbreak of the Civil War, Dr. Beebe served as city alderman and village president for several years. On the battlefield, he served as a coroner. Near the end of his life, the retired doctor and government official turned to preaching to the people of Hillsdale.

Among the many notable alumni, there are a few of the earliest graduating classes whose stories prove the college’s pension for attracting exceptional characters. Julia Shattuck was one such exceptional student. At thirteen, she finished high school and soon after became a teacher. After working for several years, she boarded a train in search of a college that would not limit educational opportunities for women. Hillsdale College’s charter proved to meet that need, and she joined the 1860 graduating class. Following graduation and the Civil War, she married a local Hillsdale merchant and Civil War veteran. The two moved to Chicago, where she taught parliamentary law, aided the Protestants’ Orphan Asylum, and enrolled in the Board of Lady Managers of the Chicago Columbian Exposition for the World’s Fair of 1893. Her dynamism earned her the spot as the first vice president of the Hillsdale College Alumni Association in 1895. Joseph W. Mauck considered her an esteemed colleague and later presided at her funeral.

There were those who served a smaller, nuanced role whose quiet works caused a ripple effect on forming our college’s character. Education was a priority even in the first days of the Town of Hillsdale’s existence. Caroline L. Ford assumed the role as the sole teacher for all the settlers’ children in a crude log schoolhouse north of the path now called State Street. Her success with students strengthened the community’s love and appreciation for education. Her ability to provide an inspiring, thorough education amongst settler conditions ultimately influenced the college to invite her to become its first art teacher in 1855. She passed away in 1904.

While the college has long admired the intellectually-gifted, it favors those who make up for what they lack through hard work. One headstone shared between husband and wife marks the final resting place for a man who rested little in life. Civil War veteran and alumni George A. Slayton dedicated his time to serving his country in his youth, and then honing his education in adulthood. Following his discharge from the war, Slayton traveled to Hillsdale alone with little behind his name. The unfamiliar land and lack of friends didn’t deter him from engaging in the various forms of intense manual labor he used to work his way through college. His work ethic and strength of character inspired the admiration of another great man whose pursuits paralleled Slayton’s—founding college president Ransom Dunn. Eventually, Slayton married his daughter.

The mettle of Slayton’s character is immortalized in the Arboretum, a place that best represents his talent as a horticulturist and academic. The couple gifted the property to the college for their fiftieth anniversary.

Certain graves’ simplicity fail to capture the sparkling tales of the adventuresome souls who rest there. Such is the case of Henry Wells Magee, whose story appears in The First Hundred Years of Hillsdale College. The book regales his trek from Crawford County, Pennsylvania, to Hillsdale, walking the 250 miles to obtain a college education. His means and determination matched those of fellow Hillsdalian George Slayton (i.e., he drove cows to pasture on “Mount Zion,” or the Arboretum, daily to financially support himself).

The day that Fort Sumter was attacked, Magee left the college alongside a majority of the male students to enlist with the Union Army. Records estimate that he participated in forty battles before he was removed from the 4th Michigan Infantry in 1865. In 1867, he returned to Hillsdale for his degree and thereafter received a law degree. Once he finished his education, he desired to experience more of the world. His grand adventures included hunting buffalo with Buffalo Bill; attending the opening ceremonies of the transcontinental railroad and driving the golden spike; fighting the Pawnee Indians on the Kansas-Nebraska border; shipping as a sailor for Hong Kong, serving some months in the British police force to finance his travels; and attending the dedication of the Suez Canal. His international travels and untold adventures encompass the Holy Land, Moscow, Paris, and London. Through all of this, he managed to rise up as one of Chicago’s leading corporate attorneys. Henry never forgot where his adventures first began. He returned to the college and served as a Trustee for many years. Eventually, the college awarded him an honorary degree of Doctor of Laws in 1923.

The candlelight that calls the lost home succeeded, in a way. Those with special ties to the college, especially in its early years, were drawn back time and again through the final days of their lives and now rest close by in Oak Grove Cemetery. With each graduating class, the candles continue to lighten pathways back to campus. 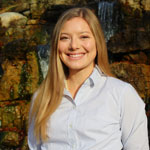 Corinne Prost is a senior American studies major. She dreams to one day own a library so extensive that it rivals the one from Beauty and the Beast.