Justice Antonin Scalia: What We Lost

With the death of Antonin Scalia, America lost.

We lost a great writer. Justice Scalia wielded the contemporary Court’s most lively and creative pen. Judicial opinions do not normally elicit laughter, at least not intentionally, yet his acerbic wit could provoke an involuntary, audible chuckle from his most vehement opponent.

We lost a brilliant mind. His humor entertained; but his wit was only a small indicator of the intelligence and humor that lay beneath. Justice Scalia’s pithy mockeries stood on a bedrock of tight legal logic, combining wit and wisdom in ways that often left opposing opinions in disarray, their arguments stripped of artifice and exposed in their defect. One might say that he often lost votes (as does every justice) but he rarely lost an argument.

In Scalia’s death, we lost a great champion for the rule of law. The rule of law, Scalia declared, stood opposed to rule by the mere decree of man—in the former rested liberty; in the latter, tyranny. But for the law to rule, Justice Scalia asserted again and again, it must bind the wills and the actions of men, not serve as the justifications for their whims. Scalia fought against such justifications through a firm commitment to originalist Constitutional interpretation. His originalism focused first and foremost on the Constitution’s text. If the law was to rule, then it must do so by its words. To so rule, these words must have an unchanging, objective meaning. The judge’s job, Scalia argued, was to discern this meaning and apply it to the case before him.

It follows then that in his passing, we have also lost a great teacher of Constitutional originalism. Discerning textual meaning and intent is not easy and focusing on the Constitution’s words does not guarantee that judges come to the same conclusions. Scalia neither hid from nor succumbed to this difficulty. Instead, Justice Scalia did the hard work of investigating the context within which the Constitutional text was formed. He sought clarity in the many contemporaneous dictionaries, legal documents, and other sources that utilized the disputed words and phrases. Through these means, he sought to reveal the Constitution’s original meaning—word by word and phrase by phrase. He never claimed infallibility in his method, declaring that “[m]y burden is not to show that originalism is perfect, but that it beats the other alternatives, and that, believe me, is not difficult.” In defending originalism, Justice Scalia will be remembered for his vocal opposition to these “other alternatives” that sought to re-interpret the Constitution according to evolving standards as a living document. Scalia fearlessly opposed these approaches, often held by his fellow justices, for substituting a judge’s will for the Constitution’s text, degrading the rule of law. These methods, he warned, made it “all too easy to believe that evolution has culminated in one’s own views.” They were the wolf of the rule of man in the sheep’s clothing of legal interpretation.

Therefore, in Scalia’s death we lost one of the Constitution’s fiercest defenders. In his near thirty years on the Court, the need for such a defense proved as dire as it was continuous. Scalia consistently and ferociously rose to the challenge. At times he provided a robust defense of federalism, denying the federal government the ability to co-opt state officials to enforce federal laws in Printz v. U.S. In other cases, such as Morrison v. Olson, Scalia sought to protect the Founders’ vision of separation of powers by voting alone against the office of Independent Counsel, articulating how the office—detached as it was from the executive branch—entailed a gross violation of separation of powers. Still more of his opinions sought to explain the Constitution’s original meaning regarding gun rights (D.C. v. Heller), the death penalty (Roper v. Simmons), abortion (Planned Parenthood v. Casey), and racial preferences (City of Richmond v. J.A. Croson Co.). In these cases, he often wrote in dissent. Yet he continuously called the Court to account before the bar of the Constitutional text, before the rule of law.

Scalia’s writings were by no means infallible; at times his pen could falter. His opinion in Oregon v. Smith, for one, did not fully account for the protections the Constitution gives to religious exercise—a misstep whose repercussions will only grow with time. Or in cases such as Clinton v. New York (1998) and City of Arlington v. Federal Communications Commission (2013), Scalia did not correctly guard the separation of powers he so eloquently defended in Morrison. Nor did Scalia acknowledge the most important context for interpreting the Constitution’s words: the Declaration of Independence and its articulation of inalienable rights protected by a government based upon consent.

Even in these opinions, we lost a worthy interlocutor. Scalia presented arguments that required thoughtful engagement. Where his opinions did not convince, they could and did refine. Even where they should not have won, they demanded rebuttal on the best of grounds: the rule of law and the Constitution.

Taken together, America lost one her staunchest patriots and defenders. We lost a great writer, thinker, and teacher. We lost, moreover, an able and stalwart proponent of the rule of law and of the “supreme law of the land” which is the Constitution. We lost one of the greatest Supreme Court justices of the past hundred years.

But while we have lost much, we have not lost all. Scalia’s pen is silent, but his words remain. As long as we seek to live up the high ideals prescribed by Justice Scalia, to conduct our government by the rule of law, America will not have lost. Thanks to his tireless dedication to our founding principles, the vision of America established by our forefathers has more advocates today than before he sat on the bench. I cannot imagine that he wanted any other legacy. 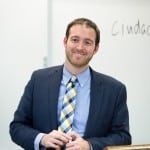