Completing the Core: Advice from an Upperclassman

When told that I would have to give an eight-minute speech in front of my entire Logic & Rhetoric class, scenarios of me running straight to the registrar’s office for a drop card flashed through my head. I had gotten away with dropping a cycling class eight weeks into my sophomore year, but this wasn’t something I could get out of. The only option was to clench my jaw as my professor verbally listed our options for argumentative speech topics. My heart rate sky-rocketed and subsequently fell as my hand flew into the air and I secured the first, and only, science-related topic. After spending hours researching, constructing, and delivering my speech, the relief and pride I felt when I received a grade that reflected my effort was well-worth the initial terror.

As a senior, you would expect that I am excited to announce that I have only one core curriculum class remaining—upper-level English (alternatively, I could take upper-level theatre or an upper-level foreign language class). However, parting with the core is bittersweet, because I have just befriended it.

The liberal arts core curriculum is 52 credits at Hillsdale College. There are many ways I wish I would have treated this challenge differently as an underclassman, and I am here to share that with you.

If you know what you want to study as a freshman, do not spend time trying to cram all 52 credits of the core in before taking classes in your major. To those who are unsure, I would advise you to take a seat with an upperclassman or professor and have a realistic conversation about that first. If you even know the general route you are considering, whether it be humanities or science, you will be at an advantage. In some instances, you have a choice about which core classes you will take. Choose according to your plan. If you are considering a bachelor of science versus a bachelor of arts, take a course like Introduction to Psychology and bypass Intro to Political Economy for the time being—even if it interests you. Look for courses that serve two purposes; for example, psychology satisfies the social science requirement and counts toward necessary science credits for your B.S.

The core is a large requirement, and you do not want to get behind. If you are really interested in something like economics, then audit a class or attend an economics-related CCA or talk. We are fortunate to have esteemed speakers visit Hillsdale weekly; take advantage of this rather than loading up on an unnecessary 3-credit course here or there. Also, do not be afraid to space out the core. You do not need to complete it all in your first two years, especially if you know the field of study you want to focus on. It would be more prudent to save a couple of core classes for your junior and senior years so that you can take classes in your field earlier on that make you competitive. Many students in my Logic & Rhetoric class were also juniors.

The core should act as a supplement to the courses you wish to focus on. I firmly believe it is not meant to stand alone. You are not “pushing it off” by saving a few classes for later; you are creating the perfect academic pairings. Taking Logic & Rhetoric is not something I think I would have been successful completing two years ago. I probably would have simply run for the registrar’s office for a drop card. As a freshman, this would have seemed insurmountable, but after conquering smaller academic challenges over the years at Hillsdale, I knew I could face this fear. Now I am glad I had the opportunity to take a class such as Logic & Rhetoric as a second-semester junior because I know I was able to retain the information I learned, allowing me to more confidently speak about my area of expertise as I enter the professional world. 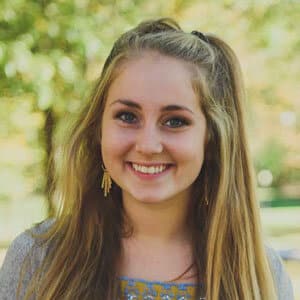 Crystal Scupbach, ’20, is a Michigan native studying psychology and journalism. A few of her favorite things include dogs, summertime concerts, and garage sales–in that order.