A History of the Scientific Revolution 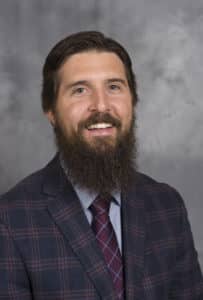 The scientific revolution forever changed the focuses of scientific study. As Matthew Young, chairman and associate professor of chemistry at Hillsdale College, said in a lecture at the Barney Charter School Initiative Summer Teacher Training, it’s beneficial for students to learn the full story of the development of science.

As Young pointed out, Aristotle’s conception of science, which influenced later medieval thought, focused on theory, not practical application. Thinkers who worked with the natural world called themselves “natural philosophers,” not scientists. Natural philosophers saw the universe as filled with meaning and purpose, which drove natural study. The medieval study of “natural magic”—which Young said would translate better in modern terms as “natural mastery” or “natural understanding”—was aimed at understanding balance and hidden connections in the world. “The Aristotelian worldview is about explanation rather than discovery,” Young said.

In the 16th century, thinkers such as Copernicus began to move away from a merely Aristotelian worldview and focus more on making accurate observations. Vaselius, who studied human anatomy in the sixteenth century, saw himself as both working with and improving the work of ancient authorities. During this period, the “emphasis is in the renewal or the revival as well as the improvement of ancient work,” Young said.

In the 17th century, scientific thinkers such as Galileo moved toward a break with tradition and a focus on practical application. As Young said, these scientists brought “novel intellectual programs and stress on new methods rather than classical precedents.” According to Young, the scientific revolution culminated with Isaac Newton and his use of mathematical principles to describe the world (though he wasn’t as willing to break with tradition as some other thinkers of his time).

In short, Young said, the 15th to 17th century emphasized a break from Aristotelian tradition, control of the natural world, the importance of experiments and instruments, the role of mathematics in science, and the emergence of the scientific method.

However, Young also stressed the importance of ancient authorities and of God throughout the scientific revolution, discounting the myth that scientific thinkers were pitted against theologians. In Young’s words, Newton himself sees “the task of natural philosophy as the restoration of the knowledge of the complete system of the cosmos, including God as the creator and the ever-present agent.”

What significance does learning the history of scientific thought have for the classroom? One benefit, Young said, is that it bridges the gap between more humanities-focused students and more technology-focused students. Studying the history of science can also spark a greater understanding of the context for our current scientific education. “It’s easy to take systematic knowledge in textbooks for granted,” Young said. “It’s useful to look back and see development, and useful to point out to students that we’re not at the end of that story.”

Ultimately, Young hopes that studying past conceptions of science can help students ponder what we’ve gained and lost through the scientific revolution. He added that appreciating the medieval worldview will perhaps also recover some of the connectedness lost with technology and specialization.

The scientific revolution forever changed the focuses of scientific study. But studying the history of science benefits all students and helps put today’s science education into context.