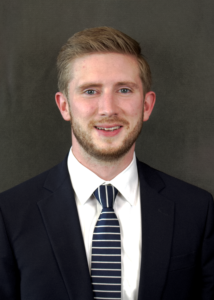 When Jordan Adams, ’13, came to Hillsdale, he had never heard of classical education. He led the Students for Life Club, joined Delta Tau Delta fraternity, and majored in politics. “I had originally thought I would go into think tank work,” Adams says. “I hadn’t considered teaching until my junior year. So I was studying politics and it was great, but in the end, none of the things we are talking about matters if the citizenry is not wise and virtuous. I started asking myself, Where does that virtue come from? And I think it comes from education.”

With help from Dr. David Whalen, the politics professors, and the Barney Charter School Initiative team, Adams spent more time thinking about the importance of education. “I was having those realizations about politics at the same time I was starting to understand how the liberal arts education at Hillsdale was shaping me,” he says.

In order to broaden his scope beyond politics, Adams decided to pursue a graduate degree in humanities. “I went to the University of Dallas for its Master of Humanities graduate program,” Adams recalls. “While I was there, I started substitute teaching at a BSCI school, Founders Classical Academy of Lewisville.” Adams worked there full time while finishing his master’s degree before moving on to a classical Catholic school in St. Paul, Minnesota.

Adams had had a relationship with the BCSI program since it was established during his sophomore year of college. “Once I decided I wanted to do something with education, I started talking to the BCSI people,” Adams says. He maintained his relationship with the BCSI office, even coming back to Hillsdale to intern with the staff during his summer break as a teacher. He finally returned to Hillsdale two years ago to work as BCSI’s Associate Director of Instructional Resources.

“I mostly focus on the history and Latin curricula, figuring out how things are taught in a fourth-grade or eleventh-grade classroom,” said Adams. He looks forward to experimenting with more accessible resources for teachers: “When you’re a first-year teacher, you’re just trying to stay one day ahead of what you’re supposed to be teaching. You don’t have time to sit down and read a long text about teaching. But maybe if there’s a short video that is clearly titled and easy to access, you might conceivably watch it while you’re making dinner.”

Over his two years with BCSI, Adams has been able to visit more than 200 classrooms, and getting to know teachers is his favorite part of the job. “These are really good teachers,” he says. “Being able to learn from them and help them has been so fun.”

“When people think of K-12 classical schools, we want them to think of Hillsdale,” Adams continues. He sees the great value that BCSI provides to teachers, and wants to spread these ideas and resources. “There’s something unique about the support we can give teachers in schools. No one else is doing quite what we are doing, especially with our focus on American traditions, government, and culture. We’re built well for the long haul.”

For Adams, the BCSI program offers teachers and students an education distinct from other schools. “We teach students how to think, and how to think about all subjects equitably,” he says. “The whole contours of their minds are being formed. They will learn to think well and be able to apply that to being good young citizens. It’s exciting to be a part of that.”