Classics in the Morning, Classic Rock at Night

As Hillsdale students begin to study for exams or write their Greco-Roman literature and culture theses, some may be daydreaming of what life could have been like if they had become a rock star instead of a college student. Look no further than the white house on Fayette Street whose residents find time for both studying Aristotle and jamming away their stress.

Dean Sinclair, Noah Weinrich, and Mark Naida are three of the tenants who break the Hillsdale College music mold by specializing in rock, alternative, and soul. These three have been making music together since the beginning of their freshman year. They discovered each other through the Hillsdale Class of 2018 Facebook page.

“We found out that we had similar music interests through the page,” Dean said. “Noah played bass, and I played drums. Then Noah found Mark because they lived by each other in Simpson. We all just got together and started making music right off the bat.”

The trio’s first gig was at a Hillsdale-sponsored coffeehouse performance. After pursuing music together further, Mark and Dean joined Phi Mu Alpha, one of two music fraternities for men on campus, their freshman year. Noah also joined later on.

Now the white house on Fayette Street has become more than a place for them to eat, sleep, and study. It is also a place to make soulful music together and to share the spirit of their music with others.

“The music department didn’t have a place for us to rehearse, so a lot of the time we had to come here to acoustically rehearse before we do a full rock show,” Mark explained.

Such circumstances were the perfect excuse to start an off-campus haven for rock. They and their fellow brothers of Phi Mu Alpha have since won over the students of the College—and residents of the city—with their unique, loud, fun music. They perform at events like Battle of the Bands, Central Hallapalooza, and off-campus house shows. They even hosted a Labor Day music festival after the first week of classes this fall semester.

They recognize that the lessons they learn from making music together not only allow them to grow as musicians, but to bring people together to enjoy something beyond the scope of academics. The power that music has to form bonds between people, whether strangers attending a Battle of the Bands concert or four housemates who jam out in their rooms together, transcends earthly things and serves as an integral part of the Good, the True, and the Beautiful.

“I get a lot of goodness and truth in my academics,” Noah said. “But when it comes to art, music has been one of my biggest sources of beauty. Without that, I think my education would not be as well-rounded.” 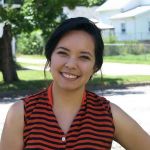