“The Few, the Proud.” The United States Marine Corps represents a practical application of the principles behind the United States of America and its Constitution. As Alexander Hamilton states in Federalist 23, the Constitution and the members of public service must be “energetic […] to the preservation of the Union.” And you will rarely find souls more energetic than US Marines.

A number of Hillsdale students have decided to apply to the Marine Officer Candidate School (OCS), and their fellow students watch in admiration. Along with the many veterans and enlisted men and women at this school, Hillsdale continually fosters a community prepared to give back to its nation. The Marine OCS students provide a perfect example of those not only dedicated to their country but to their role as citizens willing to lead others in times of trial.

During their training, the Marine officer candidates run a gauntlet of tests: mental, physical, and emotional. Up and running by 0330 every morning, the candidates must perform extensive physical tests. From long, muggy nights in the wilderness to miles-long hikes over hills, dales, and streams in the midst of sleep deprivation, hunger, and a constant barrage of expletives from their drill sergeants, the candidates find themselves fully immersed in the challenge.

Each candidate has a different view of his or her duties and roles. While some talk enthusiastically about open doors and changed hearts, others look at their experiences as a duty and obligation. In some cases, the candidate considers it like any other job that must be done to its fullest extent. Regardless, the humility of each officer candidate speaks clearly to the gravity and responsibility of his or her chosen career.

Candidate Kirklan Ventrella, who plans to commission in December, described it as “a solemn obligation.” This obligation, as explained by Candidate Jessica Stratil, is ameliorated by the team atmosphere created by the fellow Hillsdale officer candidates. Ultimately, though, the officer candidates understand self-discipline as one of the most crucial elements in their training. Leadership in this capacity takes a special kind of strength and self-control that is, as Stratil said, an “execution of the principles upon which Hillsdale was founded.”

The essence of courage can never be fully grasped until experienced. When the body and soul are united, they can overcome extreme danger and fatigue with energy and purpose. The future Marines on this campus serve as great examples of this phenomenon.

As Hillsdalians, it is important to be supportive of those taking on such great burdens for the sake of all our freedoms. One way to do this is through writing letters to the candidates during OCS, when they go to The Basic School (TBS) for training, and ultimately in their future deployments.

As a close-knit community, Hillsdale is primed to be a special source of comfort to those seeking a future in the United States Marine Corps. Furthermore, civilians can also learn from their experiences by better understanding the maxim that the mind and body can handle a much greater capacity than our daily complaints make apparent. Fewer reasons to complain and more reasons to be grateful—this is part of what our fellow Marine officer candidates can teach us. Our hearts go out to those who have chosen the path of self-sacrifice and courage. 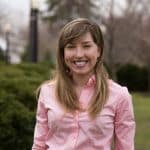 Emily DePangher, class of ’16, plans to pursue a career in criminal justice in Washington, D.C. post graduation. As a George Washington Fellow and politics major, Emily has had the opportunity to participate in a myriad of political events while at the college. Furthermore, her participation in mock trial, volunteer hours at the local nursing home, and two summers spent living and working in DC have provided a host of real world experience that she highly values.