Galloway’s “No Man Left Behind” Mentality

“We try to emphasize the ‘no man left behind’ mentality,” said Calvin, a resident assistant in Galloway Dormitory. “Everyone knows everyone, and everyone includes everyone. If I am leaving to go do something on campus, I will stop by other guys’ rooms to see if they want to come along.”

Calvin described how this mentality of inclusion is not limited to the dorm walls.

“If a Galloway guy sees another Galloway guy in the dining hall sitting at a table alone, he will go sit with him. If you’re going to dinner, make sure no man sits alone.”

As an outsider of Galloway, I always had my own stereotype of the dorm. A typical resident in my mind was the cliquish baseball player who only left for practice and class. When I see Galloway guys in the dining hall, they always seem to clump together. Calvin’s observations piqued my interest. I was increasingly struck by the inclusiveness of the culture he was describing. Perhaps they were not recluses after all.

As I questioned him about the tightness of Galloway culture, he explained, “One of the biggest parts of Galloway is Feast. Everyone gets included there right off the bat.”

I had heard of Feast before and even seen it on a few occasions from a distance. Every Thursday a bunch of guys from Galloway hang out behind the dorm and grill food. To be honest, it always seemed a little odd to me. It looked like they were all just goofing off. But as Calvin began describing the weekly tradition, I was struck by the intentionality and purpose of the event.

Feast is a staple of Galloway that dates back thirty or forty years. Regular attendance is strongly encouraged. It kicks off every Thursday with the blowing of a conch shell. After that, one of the RAs will man the grill, cooking hot dogs, burgers, and the occasional steak.

Heedless of weather, many of the guys take their shirts off during the masculine gathering. They frequently play games like corn hole and sometimes will compete in a foot race around Central Hall. Calvin recalled that at his first Feast he smoked his first cigar.

“The main goal is to get everyone out there to build community,” he said.

Intrigued but still slightly skeptical, I asked Calvin if I could stop by for Feast the following Thursday. He was more than open to the proposal, and I determined to see the event for myself. But Thursday rolled around, and with it came a Michigan surprise: the temperature dropped fifteen degrees, and a cold, steady rain fell all day and well into the evening. I speculated whether Calvin’s rain-or-shine comment would prove true.

When evening came, I threw on my rain jacket and made my way over to Galloway. To my surprise, there was already a cluster of guys around the grill as Calvin fired it up in the night air. I joined the huddle and thought, Okay, so they are pretty committed, but there is no way they will go shirtless.

Yet again I was proved wrong. When the time came, Calvin blew the conch shell, and a steady flow of residents began exiting the dorm—one by one, nearly every guy taking off his shirt.

I conversed with many of the residents to get their take on life in the dorm, and the general opinion was one of appreciation of Galloway’s community, and particularly of Feast. They confirmed Calvin’s earlier statements about the inclusiveness of the dorm. Everyone appeared to be included, and everyone seemed to enjoy the company of those around him. Bonding over overcooked hamburgers, they toughed out the brisk Michigan weather as a group.

This interaction altered my perspective of the dorm. Now when I see a gaggle of Galloway guys invading the dining hall, I have an appreciation for their tight-knit community. Rarely do I see a Galloway guy eating on his own, and now I know why. No man is left behind. 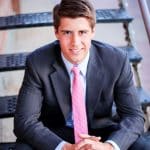