The renovations of the Alpha Tau Omega house will soon be completed, restoring the home known as Sunnycrest to its original Victorian-era glory. The sweeping front porch and gleaming white colonnades have been given new life, and the house is regaining an original sunroom. Inside, tall ceilings and a central staircase hint at the home’s luxurious beginnings. First purchased by Hillsdale College president Joseph William Mauck in 1902, the house was re-purposed in 1952 for the men of the Beta Kappa chapter of ATO. Today, those men are rebuilding their house as well as building a stronger brotherhood to hand down to future members.

Two years ago, the Beta Kappa chapter celebrated its 125th anniversary at Hillsdale. Through their long and often illustrious presence on campus, brothers have worked to strengthen their ties to each other and to the college, a process that hasn’t always been easy. In 2010, a fraternity division left membership dwindling at eight men living in Sunnycrest.

Assistant Dean of Men Jeffrey Rogers lived in the house for several years as part of the restructuring of the brotherhood. “When I got to Hillsdale, that was my project,” he said, “I was going to be living in their house as their housing director. And the eight guys who were there with me were absolutely dedicated to making a change, they were bent on making a difference.” It was thanks to the spirit of those eight that ATO continues to exist and thrive at Hillsdale.

Current president Jeremy Filar joined a year after the restructuring. “When I joined, it was not established at all,” he explained. “I wanted to join a fraternity that I could leave my mark on, and help build something great from scratch.” Jeremy has dedicated his senior year to guiding the fraternity as a united brotherhood.

In the years following, membership has swelled to include thirty brothers leading active lives in the fraternity and on campus. “One of the biggest strengths we have is the diverse group of people that are in the house, working on coming together for a better brotherhood,” said vice president Nick Sacco. “We do that both by being involved in the life of the fraternity, but we also do it as leaders on campus.” 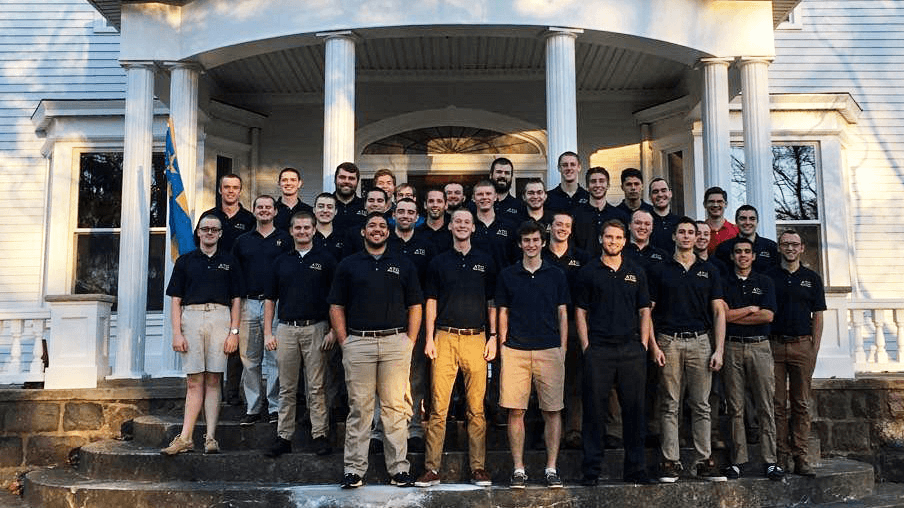 For the past three years, the Hillsdale chapter of the fraternity has received the “True Merit Award” bestowed by ATO National Fraternity to chapters that display “significant leadership and participation in national programs and campus organizations.”

Keeping with their tradition of on-campus involvement, ATO recently raised over five thousand dollars for Students Against Cancer in two weeks. “We wanted to raise more than anyone ever had,” said Jeremy. “We reached our goal a few days before the event even happened, and blew the goal out of the water. Everyone came together to make this happen, and that was great to see.”

As part of the fundraiser, the members of ATO shaved their heads to show solidarity and to celebrate their work for SAC.

The success of ATO at Hillsdale doesn’t come in a vacuum. “Fraternity life at Hillsdale is vibrant,” said Dean Jeffrey Rogers. “It can change men’s lives, because they’re focused on high ideals. Here on campus, they’re after godly qualities.” There are three other fraternities on campus, Delta Tau Delta, Sigma Chi, and Delta Sigma Phi.

“No matter which fraternity you join,” said Jeremy, “you’re going to become a better person. They really develop a bond that isn’t just a social club, it’s more than that.”

Before choosing to join the Greek system, senior Nick Sacco was initially concerned that it would resemble the movie Animal House. But instead of debauchery and academic apathy, Nick said he found “a wide variety of committed, virtuous men and women that [he] never would have gotten to know without fraternity life.”

Sophomore Michael Howard explained his choice to join the brotherhood, saying, ” The men seemed like guys I would like to spend four years with. Joining ATO was a way for me to not only have the college experience, but also to be more involved on campus and to develop and foster friendships that will last beyond my four years here.”

The chapter loves the diversity of brotherhood they engender. “One of the biggest strengths we have is the diverse group of people that are in the house working on coming together for a better brotherhood” said Nick.

It is these differences that let all of the chapter come together under one fraternity. “It’s kind of a shame,” said Jeremy, “that the deepest moments are usually behind closed doors. We want to have brothers who will join us in that.”

Sunnycrest still stands with its columns and high ceilings at 173 Hillsdale Street. Work is almost done on the exterior, but the work on the fraternity will continue. “The word to look for is not perfection, but maturity,” said Dean Rogers. “We move toward perfection, with maturity. It’s a beautiful thing to see the men at Alpha Tau Omega display maturity.” 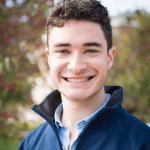