How to Turn a Dorm into a Haunted House

The idea seems pretty radical: convert an entire dorm housing two hundred guys into a haunted house for an evening. Yet this is exactly the feat that Simpson has been pulling off for the last three years; with its ever-increasing popularity each year, the Simpson Asylum event has become an integral part of Hillsdale’s Halloween celebrations.

Before this year’s Asylum took place, I asked Alex Reuss, one of the RAs who originated the idea, and Joe Pappalardo, who is heading up the project this year, about how they make the Simpson Asylum a success.

Where did the idea for Simpson Asylum come from?

Alex: Two years ago, the video game Outlast was a huge hit in Simpson with a couple of the upperclassmen RAs. This game is based on a scary asylum which basically led us to think about doing something along those lines for a dorm charity event during Halloween. 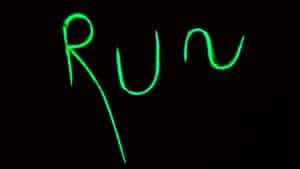 hat steps did you and the other RAs take to make your idea happen? How do you convince a whole dorm to turn their living space into a haunted house?

Alex: We worked in the weeks leading up to Halloween to try and get the word out about the idea, as well as gauge interest from the guys in the dorm and the people who might attend the event. The RA team was integral in making this possible because it was their responsibility to convince everyone that it was a good idea. We also only use five of the six halls in Simpson for the event, so people who don’t want to participate are still able to have a quiet place to be.

When does preparation for Asylum begin each year? What does this involve?

Joe: The RAs choose a theme for each hall before fall break. We wait until the night before to get costumes and decorations together. We can’t set up until the day of the event because the decorations often obstruct the pathways. Garbage bags are the best way to change a hall’s route because you can make them into curtains that stretch across the hall, directing traffic through the suites instead.

What were the successes of the first Asylum, and were there any elements that didn’t work as expected?

Alex: The first Asylum was a wild card because we had never done anything like this before, but it ended up being incredibly successful. It was absolutely terrifying and incredibly well-choreographed, but the one thing it lacked was a storyline or continuity.

How do you decide what elements to keep and what to change?

Joe: We try not torepeat anything. The first year included a lot of clowns, decorations, and insane people. Last year we had very few participants and cut an entire hall at the last minute. We try to stick with the premise that the dorm is full of crazy people who are dressed up as different themes. It’s still an “asylum,” but there might be zombies one year and politicians the next. 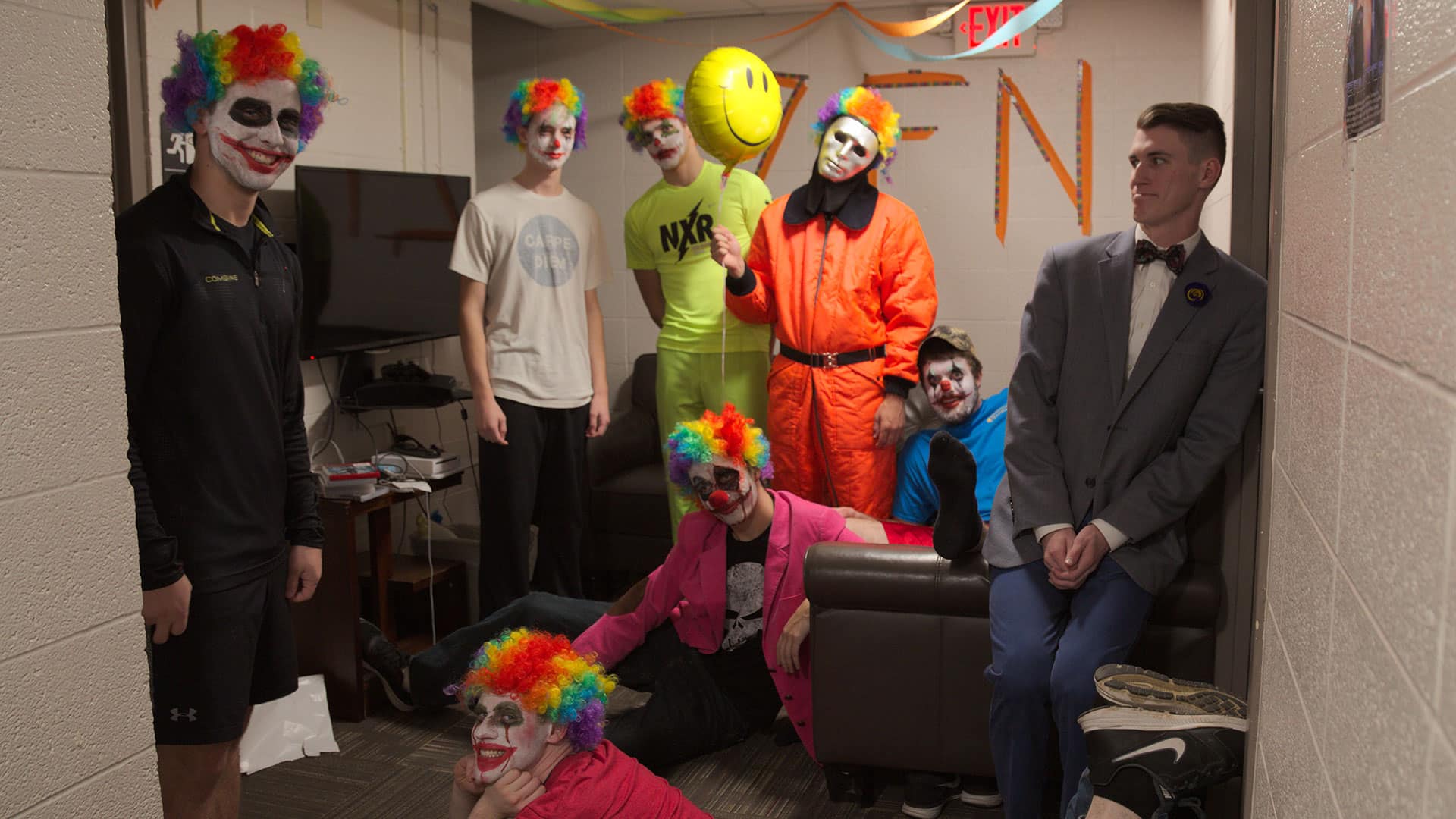 How has the Asylum changed since its first year?

Alex: Since the first year, Asylum has become a part of Simpson tradition. By incorporating coordinated tour guides, interrelated stories, and a large number of scary people, the leaders of Asylum have been able to improve the event’s effectiveness. On top of that, we have been very lucky to have so much involvement from the dorm residents. The event’s popularity means that we never lack ideas or help.

What do you see as the core elements that people keep coming back to see? Are you ever surprised by the popularity of a particular aspect?

Alex: Simpson Asylum has the power to really bring people together. People often go through three or four times with different groups of friends to get a different experience each time. Each one of the actors in the Asylum does a great job of making the experience unique every single time. 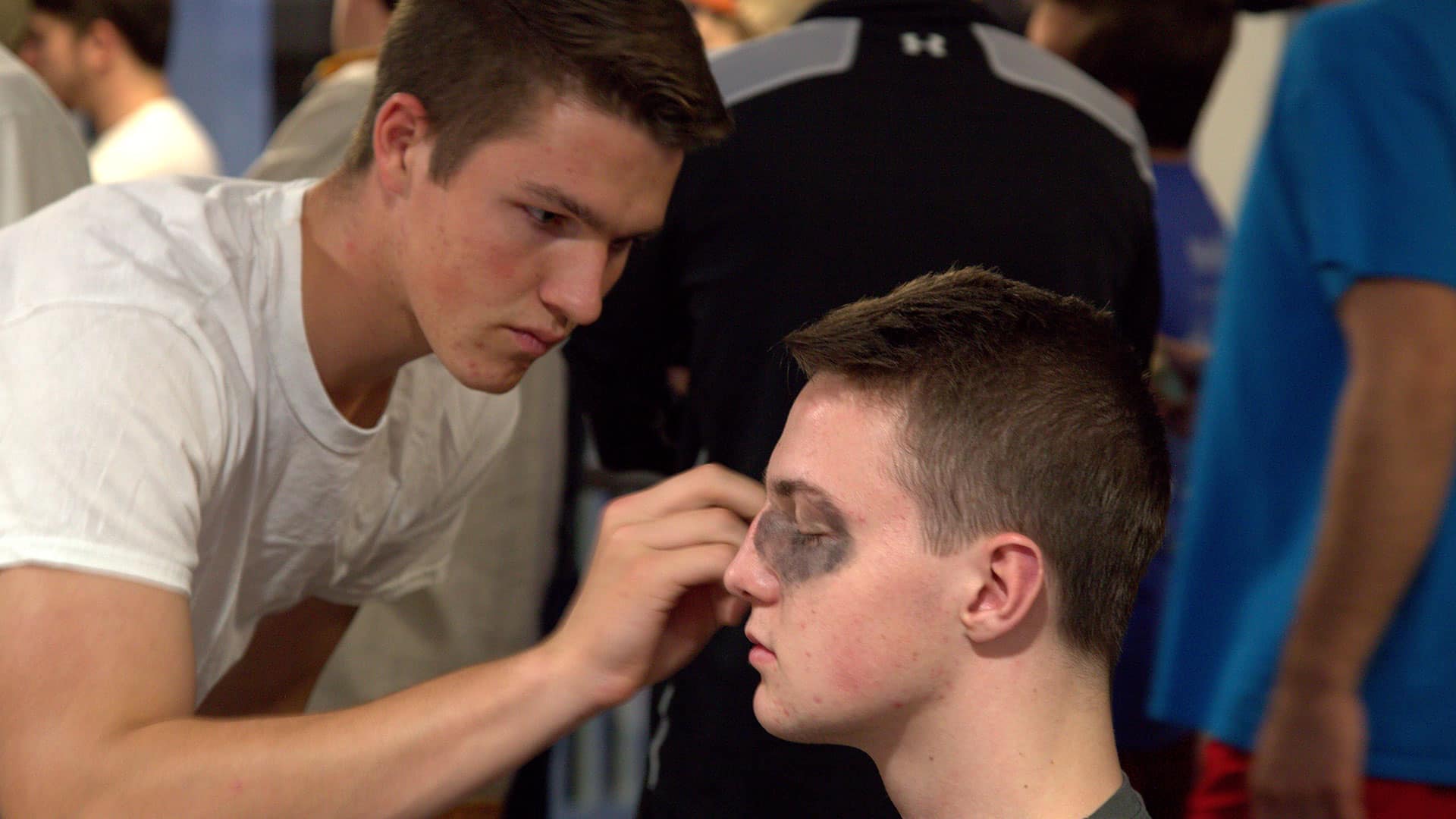 Joe: The first year we had Sean Kunath ’15 hide behind a shower curtain as a clown, while his brother Aidan ’18 sat on a toilet seat in a fox suit. It was the most terrifying part of the tour, and we had people collapse at the sight of Sean in clown makeup. Clowns are a horrifying sight for many visitors.

Alex: Our guys love to have fun, and it shows through this event. They are having a great time, which helps the guests enjoy their time as well.

Where do the proceeds from the event go?

Joe: We’re planning on adopting two families in need and buying them clothes and toys with the money. We did this last year and we had excess money to buy them more than they asked for.