Emma and I are stubborn. She’s a protestant Mainer studying biology, and I’m a Catholic Tennessean studying economics. Emma is extroverted but prefers to stay in; I’m introverted but need to go out. Through it all, we are best friends.

We met late one night in our freshman dorm when a freckle-faced girl ran into me in the hallway and perceptively asked why I was upset. So perceptive, in fact, that I myself hadn’t been aware I was upset in the first place.

She engaged me in conversation, and before I knew it we were eating Cheeze-Its and talking about the ups and downs of college. From there, we continued our impromptu conversations where she would find me, and I would end up talking about things I didn’t know I needed to discuss.

Emma and I became closer our sophomore and junior years, but some days our friendship was difficult. We would fume over a conversation we had about Christianity or argue over why we couldn’t find more time for each other. However, despite these differences, we realized that we could connect over our shared education at Hillsdale.

This foundation became increasingly important as Emma and I grew together. No matter the argument, we could find constructive ways to communicate through the writings of Aristotle, Augustine, or Aquinas. We could commiserate on the difficulty of our academic research. We could relate to the aspirations we had in our different fields of study by discussing the pursuit of the good and the true. Through trial and test, what started as opposites became complements.

Now in our senior year at Hillsdale, Emma and I are just as different as ever. While she’s running out to EMT duty, I’m preparing my grad school applications. On Sunday she attends United Methodist and I attend St. Anthony’s.  I still try to drag Emma out the door every weekend as she tries to convince me to stay in for a movie.

Our education here didn’t turn us into homogeneous thinkers. Instead, it gave us a unified purpose under which we might pursue our independent paths. Emma and I still debate our religions and drive each other crazy with our opposite personalities, but we’re stubborn, so we will remain friends through what we share. 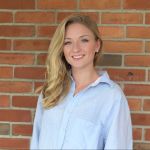