This was the question we posed to a group of professors, current students, alumni, and staff members. For many of us there are moments of every day life that stick in our memories and make themselves permanent residents. These are often the stories we tell at meetings, cocktail parties, or as a humorous anecdote to the Monday blahs.

We want to know what yours are. Submit your own favorite Hillsdale Memories below (and include a picture of yourself from during your time at the College) and we might publish it!

For now, here are a few of our favorites: 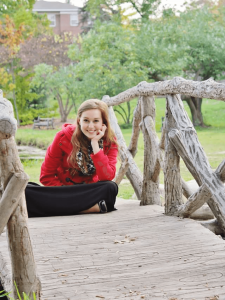 One night during the beginning of first semester freshman year I became super stressed. I had 2 papers and 2 tests to work on and I was not feeling ready for any of it. I called my parents and cried to them, pacing back and forth outside Olds in the rain. I remember saying, “If strength rejoices in the challenge just call me weak because I don’t like this at all!” They calmed me down, told me that it would be all right, and that I would learn to love the challenge. When I came back in the dorm afterward I went straight to the bathroom to clean up. There, I ran into 2 girls from my hall also washing tears off their faces. We all started cracking up when we realized we had had all been crying and vowed to cry together the next time. Now, these two girls are my best friends, and they have great shoulders to cry on. 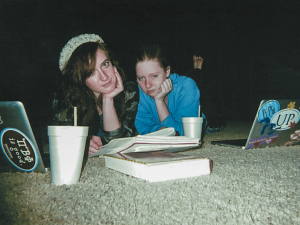 Sophia Carr, Class of 2013 (currently the Student Programs Coordinator at the Kirby Center)

My college roommate, Crystal, and I met casually freshman year—by chance, we were both in the Honors Program and joined the same sorority—but it wasn’t until sophomore year that we got close. Our friendship really grew due the fact that we both took Dr. Folsom’s Economic History of the United States. Sophomores in a large class of mostly juniors and seniors, we were both a little overwhelmed. And let me tell you, nothing builds a friendship like late night cramming and paper writing!

Crystal and I sat next to each other all semester, and at some point it came to Dr. Folsom’s attention that I was from Minneapolis and Crystal was from Seattle. From that point on, he referred to us as his “James J. Hill duo.” (Hill build the Great Northern Railroad between Minneapolis and Seattle, without any government assistance, so he is a great hero of Dr. Folsom’s.) I think that really cinched the friendship.

Fast forward four years, and Crystal and I now live in Washington, D.C. together. In our years of friendship we have spent holidays together, put thousands of miles on my car, and lived in a tiny studio apartment while interning in D.C. one summer—and we really have Dr. Folsom to thank for that! 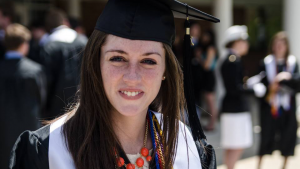 The hypnotic bass line of The Black Key’s newest album throbbed from my little ’99 Saturn’s uncharacteristically tricked-out speakers. The windows were rolled down, allowing fresh bursts of May sunshine-soaked air to smack our faces as we rolled down Hillsdale St. (probably a little faster than we should have).

When I look back at the pictures from that day, I see our tired and puffy faces, pale from a year’s worth of all-nighters and McDonald’s runs. I had just turned in my last paper of the term—“Silence as Communication in Walker Percy’s The Moviegoer.” Still a little jazzed with the feeling of intellectual accomplishment, I quickly joined in when a couple of friends impulsively threw together a plan to spend the afternoon down at Lake Bawbeese. Before I knew it I was freely kicking my legs back and forth on the swing set at the park playground. Other people began to arrive in groups of two or three. Soon there were about fifteen of us, my dearest friends, romping around the park grounds like we were in grade school again.

The excited chattering and loud joking died down as we made our way down to the lakeshore. We seated ourselves on the soft, new grass, gazing out over the blue waves, gilded in golden sunshine. Then it was silent.

We sat like that for close to two hours. The silence was most certainly not awkward, each of us enraptured with the beauty of the day—and of the people around us. The constant buzz of our everyday interactions calmed down to a steady peace.

I have never felt such a deep and strong sense of friendship. That day I experienced exactly what I had spent weeks trying to capture in words for my term paper. The beauty of the theoretical broke in on reality. And no words can really capture it. But I think I glimpsed at that moment the true purpose of a Hillsdale education. 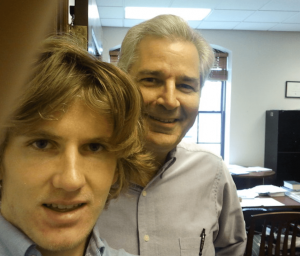 I received a D- on my first college English paper.

In high school, I had coasted somewhat through teachers who called me a gifted writer. I thought college would be similar. But Dr. Somerville had a different idea.

When my first paper—a descriptive essay—was due, I proudly turned it in, satisfied with the work I had put in, and expecting a commensurate grade.

A few weeks later, though, when Dr. Somerville returned the papers, I followed marginalia of critical green ink to the last page, where a big fat D- stared at me in the face.

I could have given up right then and there. Instead, I decided to learn from the failure and improve. So I took another look at the paper, carefully examining the critical marginalia, to apply all of Dr. Somerville’s advice to my next effort.

It wasn’t easy. I had to shed some of my most deeply-ingrained habits as a writer—some of which this reflection may still display—and I didn’t even achieve the success I wanted on the first subsequent attempt. But by semester’s end, I had gone from a D- paper to an A- paper, and I’m a better writer and a better person for it.

As for Dr. Somerville, I hold no grudges. He has become my favorite professor on campus, advises the Gadfly Group, the campus organization I founded, and is, above all, a good friend.

And it’s all thanks to that D-. 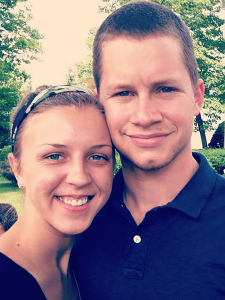 Soren Geiger, Class of 2013 (currently the Research Assistant to the President)

After wandering from station to station in SAGA, I emerged into the dining hall with a plate of something forgettable. I passed between the fireplace and the exit as I walked to my usual seat at the table for awkward freshmen. Suddenly, the student-employee guarding the exit shouted, “Hey! Who’s this at the door? Oh, wow! It’s Charlie the Charger!” In galloped our beloved mascot, a rather Velveteen-Rabbitesque black horse. School spirit infectiously spread from table to table, evoking loud applause. But Charlie was not satisfied; he wanted more. He leapt onto the nearest round table, scattering barely-touched plates of food. The crowd roared. I could almost see through Charlie’s raggedy exterior to the young soul on the inside beaming with collegiate pride.

The sound of a tabletop breaking away from its base cut through the air. Charlie’s hooves instantly launched above his head. All eyes in the cafeteria widened as he somersaulted off of his perch and crashed onto a nearby chair. A horse’s back should never bend the way Charlie’s bent around that chair. He slid to the ground, and then before anyone could lend a helping hand, he hobbled like the Hunchback of Notre Dame out of the cafeteria.

When you see Charlie today, you will have difficulty not being seduced by his bulging muscles and suave, confident grin. Don’t let our mascot’s physical transformation deceive you. Deep down, he’s still just a goofy, awkward, somersaulting stallion, and we love him for it.