On Saturday February 17th, the Van Andel School of Statesmanship’s Graduate School Society (GSS) hosted their second annual Presidents’ Day Dinner. Juan Dávalos, President of the GSS and third-year doctoral student, stated “Our hope for the banquet is that it becomes a place where current and former graduate students can maintain the bonds of friendship which are indispensable for Statesmanship.” Almost sixty students, faculty, and alumni gathered in the Gillespie Room at the Dow Center and socialized amidst portraits of the Founding Fathers and the beautiful sounds of a string ensemble.

“I thought the event promoted stimulating interaction between faculty and students outside of class, and I hope that the future of the Presidents’ Day dinner can become a strong tradition going forward, especially as an alumni gathering,” William Turton, a first-year master’s student said.

To begin the formal portion of the evening, Cliff Humphrey, a fourth-year doctoral student, and Emily Morcos, a second-year master’s student led the room in a rendition of The Star Spangled Banner. “I love that we sang all four verses of The Star Spangled Banner,” Morcos commented. “The first verse of the song asks a question, ‘Will this country endure, will the flag continue to wave?’ That’s why I love the fourth verse the most. It answers that question—as long as our trust is in God, the flag will continue to wave and our country will continue to endure.”

Dr. Kevin Portteus, associate professor of politics and director of American studies at Hillsdale College, was the keynote speaker. According to Joey Barretta, a first-year doctoral student,

“Dr. Portteus’ talk was excellent because he explained how the political problems of yesterday can relate to the events of today.” For example, in his talk Portteus pointed out that just as the despotic paternalism of slavery subjugated human nature by refusing to allow slaves to develop morally and intellectually, the federal government’s constant attempt to control the lives of Americans is causing the atrophy of self-government today. Portteus explained that Americans need to realize once again that they have the capacity to fix their own problems instead of relying on experts.

After hearing Portteus’ talk, Mike Driscoll, a first-year master’s student said, “As aspiring statesmen, in whatever form that takes for us individually, we need to learn how to be unwavering in our defense of the truth.”

“This event is about statesmanship, as you can see from the portraits that flank me,” Portteus said referring to one portrait of Thomas Jefferson and another of James Madison. “Yet you can’t act prudently unless you can understand justice in its purest form as well as the situation around you.” For this, he indicated, “We need the clarity of Lincoln and Douglas.” 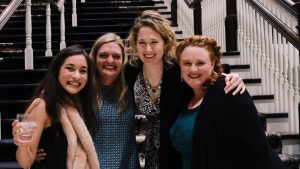 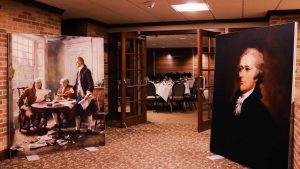 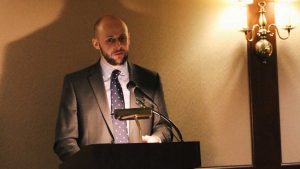 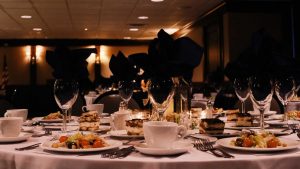 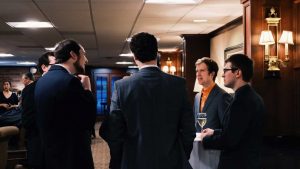 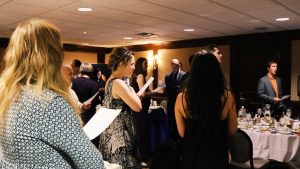 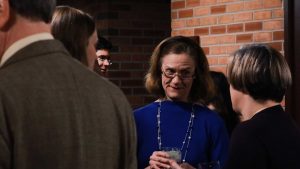 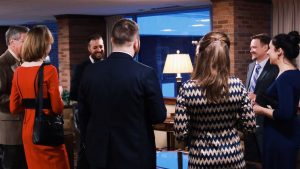 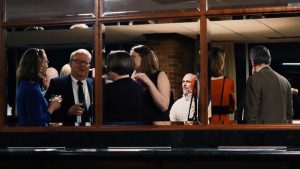