Training for the Battlefield: Hillsdale Students and the Civil War

When the Civil War erupted in 1861, about 400 Hillsdale College students bravely volunteered for the Union army, devoting their lives to their country, their fellow citizens, and their ideals of liberty and equality. I had no idea about Hillsdale’s involvement in the Civil War when I came to campus. I first heard the story as told by my friend, a student ambassador, when he was giving a preview of his tour speech.

At the Battle of Gettysburg, a battalion of Hillsdale College volunteers were charged with holding the Union flag high to encourage the morale of the troops. Whenever a soldier holding the flag became wounded or died, another Hillsdale student caught the flag before it fell and took the other’s place. This cycle continued, convincing Southern troops that there were more Union soldiers present than there actually were, causing the Southern commanders to order a retreat.

With nearly 80 percent of the College’s male students volunteering to fight and die for liberty, Hillsdale saw more students enlist in the Union army than any other private college in the North. Four Hillsdale students were later awarded the Congressional Medal of Honor. When I first heard this, I was astonished: students who walked on the same campus, read the same great works, and sought the same wisdom and experience that I do bled and died for their families, neighbors, country, and their ideals of duty, liberty, and equality.

This revelation gave me chills. I felt an unexplainable bond with these men. Granted, our lives, the state of our nation, and Hillsdale College all look very different today. The stark contrast between ranks of young men rushing to save the American flag as their fellow soldiers fall one by one, and well-dressed, happy students toting their backpacks around a pristine campus seems irreconcilable.

A pang of conviction struck me after I dwelt on this story of sacrifice. College is an extremely self-centered time. The focus is all on us–what we want to major in, what internships, programs, and clubs we’re involved in, what we want to do after school. The opportunities to dwell on ourselves and our futures are countless. These things are all important and exciting, but they seem trivial in light of the Hillsdale students’ sacrifice during the Civil War. Those students were our age, and they freely gave up their dreams and futures for the virtues of freedom and equality.

To me, their sacrifice is a natural extension of the values and duties taught in a student’s four-year journey at Hillsdale. Of course, not every student will be called to actively serve in defending our country, but Hillsdale instills a love of freedom, equality, and our fellow citizens, so that sacrifices are counted as welcome duties. After being on campus for a year, I’ve seen myself, and many of my friends, grow in our abilities to serve, lead, and take the focus off of ourselves. One of my friends volunteers for Crossroads every week, where she gets to encourage and befriend underprivileged youth in Hillsdale. Another assists at the local pregnancy center, collecting donations, sorting clothes, and, in her small way, advocating for the right to life for all. While examples like these seem to pale in comparison to the sacrifice of the Civil War soldiers, even the smallest service can foster virtues like selflessness and patriotism.

I’ve recognized that the conviction I feel in this self-centered stage of life is necessary. If I want to become like the men who sacrificed their lives down for their beliefs, I need to recognize my own flaws, and look to their example for inspiration. Only then can I effectively examine how I can grow in the virtues of selflessness, patriotism, and bravery. For some students, this means creating legislation in the Capitol, fighting for justice in the courtroom, shepherding churches from the pulpit, or educating the next generation in the classroom, while others’ callings are less public and grandiose.

The soldiers’ example is convicting and inspiring, and should prompt all of us to consider how the virtues taught at Hillsdale will practically translate into how we later use the time that is given to us. For current Hillsdale students, these four years are a training ground for us to practice virtues like bravery, selflessness, patriotism, and equality. Practicing, learning, and growing is difficult, and oftentimes discouraging. Our efforts may seem small and insignificant, but by learning and practicing virtue in such a unique environment as Hillsdale, we will be able to utilize the lessons we’ve learned, and the traits we’ve cultivated. 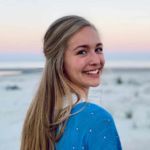 Evalyn Homoelle, ’24, hails from the great state of Ohio and plans to pursue pre-allied health or political science and journalism. She is involved in Mock Trial and choir, and obsesses over dark chocolate, Jane Austen novels, classical music, and her golden retriever puppy.