Logic and Rhetoric: An Intellectual Self-Defense

“For the better movement of the Ship of the State…”

There are various aspects of modern education that disappoint, and one of the major causes for discontent is the neglect of logic and rhetoric. Nowadays, our closest exposure to logic and rhetoric is judging the logical nature of an argument and whether it constitutes a rhetorical question. How many of us can explain effectively what these two practices mean, where they come from, or what they signify?

Logic and rhetoric are the intellectual self-defense against persuasion and enable people to evaluate others’ claims on truth based on the reasoning given in support of their claims. In other words, understanding logic and rhetoric enables us with the willingness to see things differently, but not defenselessly.

In recognition of this need for such an education, Hillsdale College introduced the Logic and Rhetoric course to its core curriculum in 2016.

Drs. Kirsten Kiledal and Ethan Stoneman are two professors within the Rhetoric and Public Address Department at Hillsdale who are involved in the newest addition to the core curriculum. “With the push for STEM around Post-Sputnik 1960s, people supplanted logic as something other than a mathematical and scientific way of reasoning from what it really is: an art of the word that engages in both the formal sense of reasoning as demonstration and less formal senses of what’s implicit or implied,” Dr. Kiledal says. “When we study logic from the humanities, it requires an understanding of the nature or substance of things and how they are composed or brought together and divided from one another. There’s a very strict set of relationships.”

What is Logic? What is Rhetoric?

The importance of logic and rhetoric begins in their very definitions and relationship to each other. Logic arises from our interest in wanting to know and truly understand the world around us better. It is the art of the word because it signifies our thoughts about everything. We can only think about the differences we see in our world through the starting points of agreement.
“We go from the same smallest unit of the word all the way through the unit of the argument, to create a combination of premises that we can accept as true,” Dr. Kiledal says. “It’s the only way we can start or conclude an argument.”

This is where logic comes into the everyday—making sense of how discourse occurs and why.

“Logic helps us to get the whole picture—trying to find the right distinctions between things, not only so you can understand the parts but so you can have an exhaustive understanding of the whole,” Dr. Stoneman says.

Without the critical capacity that logic provides, people lack the basis for meaningful interaction.

“If we can’t even agree on definitions of things, we can’t make policies as a society that we can live with long-term,” Dr. Kiledal says.

Where does this leave rhetoric? Logic provides the knowledge of the world around us and its functions, but rhetoric seems to be the empty speech that merely persuades without truth. It is a playful, impractical art to many, heightened minimally by the bickering politicians we see on the news.

“Rhetoric seeks to find the ends that approach some greater goods or ends,” Dr. Kiledal adds. In the real world, it occurs in policy and the justice system. Politically, rhetoric approaches the good through expedience and utility. Judicially, it aims toward the justice.

How Are Each Important or Practical in Society?

“There’s a kind of openness coupled with critical, rhetorical sensibility where you are always interrogating what you believe, why you believe it, what you’ve convinced yourself and what others have convinced you,” Dr. Stoneman says.

We must be able to defend ourselves and our ideas. Putting forth ideas through language makes private thoughts and ideas public. Once public, those ideas become testable and then may become useful, workable, expedient, or good.

The processes of logic and rhetoric externalize internal thoughts on principles, which are shared to create anything from buildings and social institutions to the considerations of universal opinions: high truth, knowledge, prudence, courage, justice, or truth.

Logic and rhetoric create ideas shared with the public, and they coordinate social action.
The ongoing dissatisfaction with the discourse on current events and politics goes hand in hand with the trend of an absence of civic, responsible-mindedness within modern society.

“A culture’s rhetoric is always and only going to be as good as what the audience demands of it,” Dr. Kiledal explains. “So, if we are angry because the height of our rhetoric is our president talking about Twitter, we are responsible for the depths of how our rhetoric has fallen. It’s up to us as the audiences of this rhetoric to demand more.”

The nature and functions of both logic and rhetoric are clearly of great importance in the real world. When politicians or public figures spew dissatisfying rhetoric, they do so with permission from our society. Their transgressions become our own. Public backlash is never enough, because the apologies after the fact do not prevent another from standing up and repeating the same mistakes the next day. Similarly, it is our duty as a society to demand better logic and rhetoric when they seem to be lacking in politics or legislation. The citizen body creates the standards by which its leaders or public representatives measure.

There is a remedy for the logical flaws and rhetorical self-interestedness that cause our frustration. Not long ago, logic and rhetoric were a part of every K-8 student’s grammar school education. Hillsdale College aims to lead by example through a systemic education in logic and rhetoric. Such an education leaves us freer to move as a unified nation toward good ends. 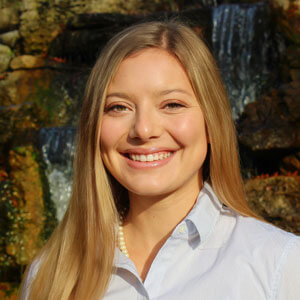