Parents’ Weekend, freshman year: the day Dietrich Balsbaugh picked up his first copy of The Forum, and the day he realized that it is, in fact, possible to write essays for fun.

I know, it sounds crazy. But haven’t you ever had a moment of inspiration and wanted to pursue it? Or had some theory stewing in your mind for months that you wanted to talk about with everyone? The Forum creates the space for students to share their interests and ideas with the student body outside of class.

The article that first interested Dietrich explored the Netflix series Stranger Things in light of Tolkien’s essay “On Fairy-Stories,” the fairy-tale genre, and the concept of the moral imagination. It is a perfect example of what The Forum has to offer: a fun article based on something relevant, recognizing a deeper strain of thought. That’s not to say that all articles in The Forum are about tv shows or pop culture, but this example shows something that we tend to forget as we submerse ourselves in ancient literature or classical music: that there are important ideas to be considered everywhere, not only in the past.

Dietrich went home that Christmas break and wrote his first essay, and since then writing essays has become his favorite way to think. It is just another means of communication, a continuation of a thought, but the essay format allows thought to be much more clearly understood and explained.

I agree with Dietrich that once you become aware of The Forum, you recognize its tangible presence throughout the student body. With two issues per semester, which come out on Parents’ Weekend and Finals Week, The Forum has become my favorite break from schoolwork. I love reading articles by people I know and about more current interests. These articles provoke thought and conversation throughout the student body.

The Forum is unique from other Hillsdale publications such as The Collegian (the student newspaper) because it is more directed toward cultivating thought. As an editor of The Forum, I get to watch the whole process. We work together to pick the most thought-provoking articles, and then we get to help polish them. I get to help shape an idea into a well-communicated thought, and then that thought goes from my computer to the halls of the whole school. Working with a peer to mold a piece is in itself an invaluable experience. The communication between a writer and an editor is for the good of all involved. The writer writes, the editor starts the conversation, and once the piece is as good as it can be, they release it into the community in the form the reader will best understand.

Campus is better because of this project. According to its writers, editors, and readers, The Forum adds a certain lighthearted intrigue to the conversation and the community. 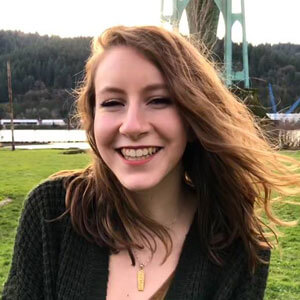 Lydia Hall, ’19, is studying English and classical education. When she is not reading or researching, she loves to spend her time searching for Bigfoot or experimenting with superfoods.