Understanding and Restoring the First Principles of American Constitutionalism

Your study of politics at Hillsdale College begins with the principles of our country found in the Declaration of Independence and the Mission Statement of the College. Through the serious study of the great works of political philosophy and American political thought, and the examination of the thoughts and deeds of American statesmen, you'll discover the first principles of politics and government. Politics is offered as both a major and a minor.

"I discovered my love of politics when I realized that I love learning about how human beings can and should live together in political communities."

More about
See All Professors

Read More about "The American Founding"

A thorough study of the political theory of the American founding.

An examination of the Progressive political thought that was integral to the new direction undertaken in American politics in the 20th century.

This course begins with Rousseau’s philosophic critique of human nature and examines the development of that critique in the political philosophy of Kant, Hegel, Marx, Nietzsche and other late modern theorists.

Read More about "Christianity and Politics"

This course explores the political tension between what Augustine called the City of God and the City of Man. It examines the interaction between Christian theology and tradition, politics, and the philosophical claims of reason.

American statesmen have defended the principles of the regime and the rights of its citizens in a world of empires and nation-states.

“In Constitution 101, we don’t just read the documents. We discuss why the Constitution was written the way it was, what it’s meant to do, how the ideas enshrined in it came about, and why it’s so important." –Frank Bruno, '17

“Be very careful about what internships you choose, and ask around about the internship experience." –Emily Runge, '16 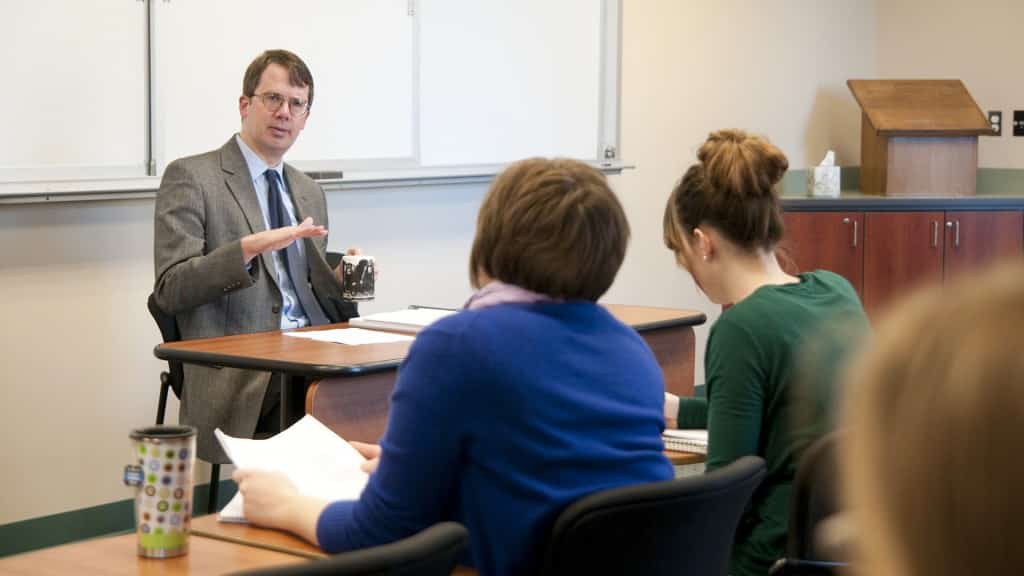 The Politics major and minor at Hillsdale College focus on the rigorous study of Political Philosophy and American Political Thought. From Plato and Aristotle to Nietzsche and Heidegger students study the fundamental questions and challenges found in the greatest works in Classical, Medieval, Modern, and Post-Modern Political Philosophy.

At the same time, students study the great American experiment in self-government under the rule of law. This study focuses first on the statesmanship of the American Founding, especially the Declaration of Independence and the U.S. Constitution.

In a variety of courses in American Politics students refine and enlarge their understanding of basic principles such as social contract theory, limited government, the separation of powers, federalism, American institutions, and ‘the inestimable blessings of civil and religious liberty.’

Students also study the transformation of American Politics in the great crises in the American experience, especially the challenge of slavery culminating in the Civil War and the emergence of an unlimited centralized modern administrative state in the course of the 20th and 21st centuries.

Students come to understand republican liberty as the Founders understood it and to understand and face the great theoretical and practical challenges to that liberty in our time. 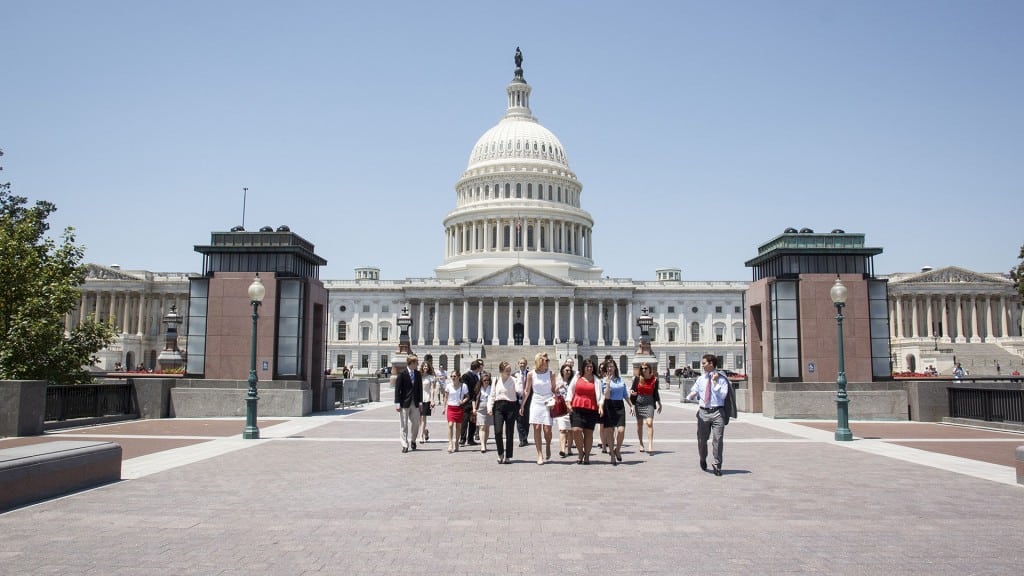 The Washington-Hillsdale Internship Program (WHIP) provides students the opportunity to participate in semester-long internships in Washington, D.C. while continuing their Hillsdale education. 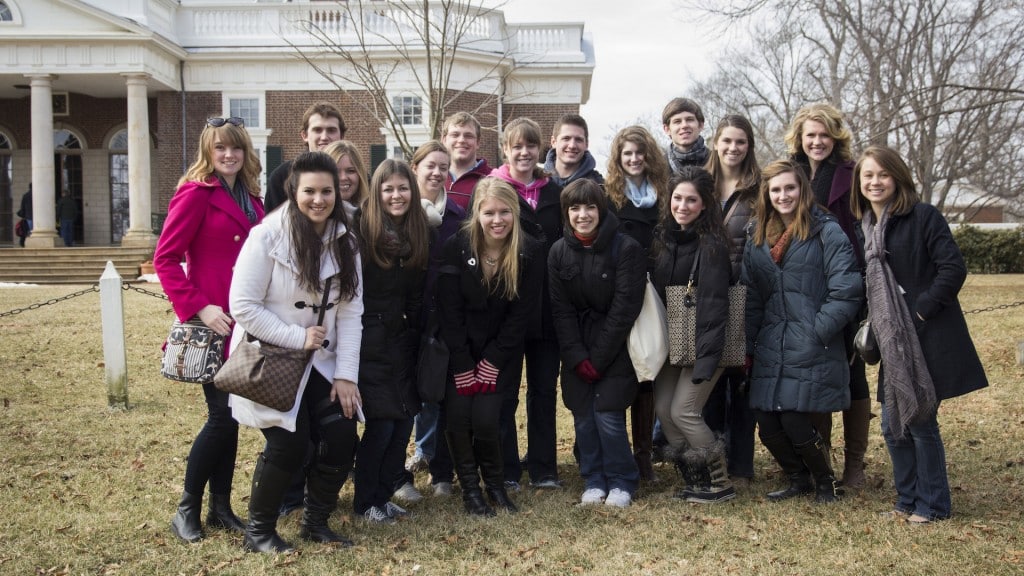 Pi Sigma Alpha was founded in 1920 for the purpose of bringing together students and faculty interested in the study of government and politics and to stimulate scholarship and intelligent interest in politics.