The Things I’ve Learned as a Freshman in Mock Trial

“You make too much eye contact,” said Bryson Phillipe, a captain of Hillsdale’s mock trial team. I stared at him from across the table, a bit surprised by the novel advice. “Eye contact is good,” he continued, “but too much eye contact can make people uncomfortable. Try glancing away every five seconds or so.”

I nodded, scribbling down a note so I’d remember that tip for later. Bryson was coaching me in A.J.’s Café in preparation for my mock trial tryout. In just half an hour, he gave me helpful advice on how to create a theme for my opening statement, tell a story, stay focused on important points, and engage with my audience. I left A.J.’s far more prepared than I’d been when I came in, with skills that would come in handy for not only my tryout, but also my classes and everyday conversations.

That was the first time I learned from mock trial. It wasn’t the last. Mock trial team members practice logic and argumentation skills as they craft prosecution and defense cases from a mountain of source material standardized across all teams. After crafting a credible and compelling story, they perform as attorneys or witnesses in competition rounds that imitate court cases, and learn to confidently present a story in front of audiences that are often intimidating. I got the first taste of this at my tryout.

“Good evening, Your Honor. I’m Jennifer Wiland, for the prosecution,” I announced. I surveyed the mock trial coaches and captains sitting in the front row of Lane 234, half a dozen expectant faces waiting for me to begin my tryout. It was time to deliver my opening statement, where I would tell the story of the tragic death of Parker Paige at the hands of her temperamental parent. There was just one problem: I’d completely blanked out.

I grew more nervous as I glanced between the waiting faces, suppressing the urge to apologize or take out the notes I’d planned to save for later. After an awkward ten seconds of silence, I finally remembered the words. I took a deep breath and raised my voice, adrenaline speeding up my heart rate and sharpening my thoughts. “May it please the court? Counsel? Members of the jury…”

That was the first adrenaline rush I had in mock trial. It wasn’t the last. We compete multiple times each semester at invitationals and tournaments, facing off against other teams who argue the opposite side of the case. Both attorneys and witnesses have to improvise as the other team makes objections and asks questions that might not always be expected. It’s a challenge that team members take on together, each person playing a role that’s essential to the overarching case.

Above all, Hillsdale’s mock trial program is a team. Coaches and veteran members are eager to mentor and encourage those with less experience, and everyone works together to advance the team to the next level of competition. I can go into each round with confidence because my teammates have helped me prepare, and they’ll always have my back.

I’m not the first person to be grateful for this team, and I know I won’t be the last. 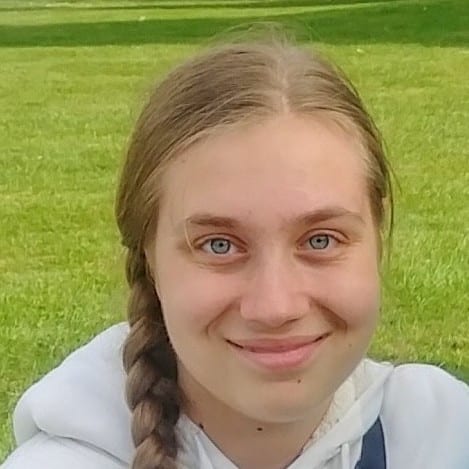