The President’s Club is Hillsdale College’s primary donor recognition and appreciation society. It began in 1969 with a handful of friends and has grown to include over 4,000 memberships, including some of the finest business and community leaders across the country. The growth of The President’s Club corresponds directly with the rise of Hillsdale College in national reputation, accompanied by its steadily escalating standards of academic and institutional excellence.

President’s Club members provide the financial strength that allows Hillsdale College to continue in its mission, free of federal taxpayer subsidies and government control. They represent those individuals who not only agree to support the college through their financial gifts, but who love the College and are ambassadors of its good name and reputation.

The College reserves the right to revoke the membership of any President’s Club member who causes disruption, conveys negative public image toward the College, engages in disparaging comments toward the College or is otherwise deemed to not be in the College’s best interest.

Message from the President 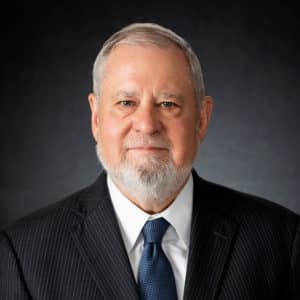 Hillsdale College is unique. First, there is its long history. It was founded in 1844, just eighteen years after the deaths of Thomas Jefferson and John Adams. It is a fine thing for a college to have survived for 170 years. But Hillsdale College has done more than that. It has flourished. And at critical times in the nation’s history, it has risen to do extraordinary service—most notably in the period surrounding the Civil War and then again in recent decades.

Second, there is its founding mission. As set out in its original Articles of Association, that mission is to provide “sound learning” in a way to perpetuate the blessings of “civil and religious liberty” and “intelligent piety.” Hillsdale College has remained true to this mission, even while other colleges and universities have changed with the wind. This is reflected in its undiminished devotion to the liberal arts, its broad and deep core curriculum, its outstanding teaching faculty, and the caliber of its students.

Third, it is one of only a handful of colleges that operates solely on private sector support. Hillsdale College refuses to accept one penny of federal taxpayer subsidies, even in the form of federal student grants and loans. It takes this stand for two reasons. One is to avoid the regulations that come attached with federal subsidies. More fundamentally, it believes that federal involvement in higher education violates the principle of limited government and corrupts the very idea of liberal learning.

Finally, it is strong. It is determined. It knows where it has been and where it is going. That is why Hillsdale’s Board of Trustees and administration have carefully planned and are conducting a capital and endowment campaign, “Rebirth of Liberty & Learning,” in an effort to raise $470 million in private funding for capital projects and endowments for scholarships, faculty chairs, the Van Andel Graduate School of Statesmanship, the Allan P. Kirby Center for Constitutional Studies and Citizenship, and the new Churchill Project.

Our motto here at Hillsdale College is “Pursuing Truth and Defending Liberty since 1844.” It sums up our mission. I invite you to become our partner in this mission and support our Rebirth of Liberty & Learning Campaign by joining The President’s Club.

Membership in The President's Club

Members may join The President’s Club at any of seven commitment levels: Traditional, Bronze, Silver, Gold, Titanium, Platinum, or Diamond.

The President’s Club of Hillsdale College, launched in 1969, encourages, recognizes, and appreciates the support of our most substantial and committed financial partners.

Director of The President’s Club