From Robotics to Religion

A Spotlight on Dr. Jordan Wales

After he received a scholarship to pursue his master’s degree in Scotland, Dr. Jordan Wales studied cognitive science overseas for a year—this after having studied engineering with a focus in robotics in undergrad. How did Hillsdale’s newest religion professor switch from being a robotics student to being caught up in the deepest wonder of the human soul?

During his time in Great Britain, Dr. Wales took a philosophy of mind class that sparked intense discussion among his group of friends. Therein lay the key.

“I would have coffee with my friends from Germany and Italy,” Dr. Wales said. “This question kept coming up: ‘What’s different about the human mind?’ Occasionally someone would mention the soul, but we’d decide, ‘That’s outside the scope of this domain.’”

These discussions and the inability of cognitive science to address them prompted Wales to spend his next year in Oxford studying theology.

After Oxford, Dr. Wales returned to the United States and started a Ph.D. in computer science. But within a year, he realized he wasn’t satisfied.

“All my friends came back from winter break having read electronics and artificial intelligence journals. I had been reading theology,” he said. “I realized that I didn’t want to eventually get a job that I’d find interesting but would always try to supplement at home with something else. I’d rather just study that something else.”

That “something else” was theology.

Dr. Wales headed to Notre Dame for his Ph.D. with his new wife, Kathryn.

When he eventually visited Hillsdale to interview for a teaching job, Dr. Wales was reminded of those philosophical conversations in Scotland.

“Students encounter these questions and find them to be valuable,” he said. “Here, they are equipped to engage with the world in a rich way, filled with and driven by wonder. Having encountered that, I wanted to be a part of it.” When Hillsdale offered him a job, he accepted it immediately.

Dr. Wales is currently working on two major projects. This summer he will turn his dissertation on Gregory the Great into a book. He is also exploring the historical and theological development of responses to Pelagius with fellow Hillsdale professor Dr. Gaetano. The two of them have been writing and compiling a set of conference papers that will eventually be converted into a book.

Dr. Wales and Dr. Gaetano may have different specialties, but their strengths complement each other.

“Dr. Gaetano and I have reached a point where we differ in many ways, and the ways we differ are in what we know. We have a deeply shared sense of where this is going,” Dr. Wales said. “The process of thinking about what we want to say is not a struggle between different visions, but it’s a harmonious marriage of minds.”

It’s appropriate that he used the phrase “marriage of minds” to describe his collaboration with Gaetano. Much of their research has focused on how thinkers like Augustine, Aquinas, and Luther described communion with God as a marriage, in contrast to Pelagius.

“What both Aquinas and Luther point out is that the heart of the Christian life is the communion of love with God,” explained Dr. Wales. “That’s its destination, the heading under which everything in the Christian life must be considered. And that’s what Pelagius just doesn’t have.”

“Theology not only takes us to the questions of origin and destination, but it also casts in a new light all other studies,” Dr. Wales said. “It makes the very process of wonder and learning and study itself into something that can be very close to prayer.” 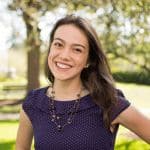