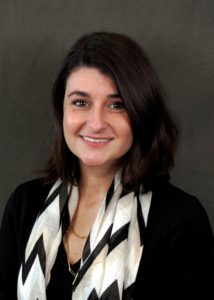 This July, Hillsdale College welcomed Dr. Kathleen O’Toole as its first-ever Assistant Provost for K-12 Education. In this new role, O’Toole will help to bring all of Hillsdale College’s classical education programs—including the Barney Charter School Initiative (BCSI)—together under the umbrella of the Provost’s Office and provide strategic direction in order to further the reach and effectiveness of this important endeavor.

Dr. O’Toole brings firsthand knowledge of BCSI to her position, as the former headmaster of Founders Classical Academy of Leander, Texas, as well as a strong foundation in classical education. A graduate of Hillsdale Academy, she earned her bachelor’s degree in politics from the University of Dallas. Although she considered several potential majors, she settled on a politics major after taking a class, “Principles of American Politics,” with Dr. Thomas West, who now serves as the Paul Ermine Potter and Dawn Tibbetts Potter Professor of Politics at Hillsdale College. “While taking that class, I saw that politics is the study of human nature and knew that was what I wanted to study,” she says. Because she loved her studies, she continued her education at Claremont Graduate University, earning her Ph.D. in American government and political philosophy. During her time in graduate school, she also met her future husband, Dan, while the two worked together for the Claremont Review of Books.

Although O’Toole had always enjoyed school, she didn’t really consider a career in education until she was asked to teach a course as a graduate assistant at Claremont. Upon receiving her Ph.D., she was hired for a tenure track position at Morehead State University in Kentucky. “I taught graduate courses in political philosophy, as well as a freshman government course,” she says. “I loved introducing freshmen to the ideas of government and explaining those ideas to them.”

In late 2013, O’Toole was hired as the headmaster—and first employee—of Founders Classical Academy in Leander, a new BCSI school with a target opening date of August 2014. She recalls the frantic pace of working to start a school from scratch in less than a year. “We didn’t have a building yet, so the two school secretaries and I met each morning at Panera Bread to start planning,” she says. “I interviewed more than 100 teachers that summer. But everything came together, and we opened in August 2014 as a K-10 school with about 450 students.”

In addition to serving as headmaster, O’Toole also served as a teacher. She taught classes in rhetoric, government, modern philosophy, literature, and also advised the senior class thesis projects. “Every job that needed to get done at the school, I did at some point,” she recalls. “I loved building a culture from the ground up and getting to know the students on a deep level.”

Although she admits that leaving Founders was difficult, O’Toole did so knowing that it rested in good and stable hands. Now, she looks forward to helping BCSI schools, as well as other classical schools—both established and yet to come—be effective in educating students for lives of productive citizenship and happiness. As she wrote in a farewell letter to families at Founders: “This progress we have made in five years is precious, and it is fragile. It needs the hard work of parents, students, and teachers to exist. But it also needs people protecting it and nurturing it from the outside, helping it flourish and spread across the country. That will be my job when I leave: to protect Founders and to help others like it grow.”