Bringing Autism Awareness Through Music: How One Alumna is Making an Instrumental Impact

It’s not every day that one meets a judge, a rock star, and a charity founder. After my chat with Nicole Khoury, ’99, I learned that indeed, you can be all of these things with a lot of passion and determination. Khoury, a Toledo Municipal Court Judge and lead singer and guitarist for the band, Arctic Clam, is also the founder of Project iAm, a nonprofit organization that provides scholarships to families living with autism spectrum disorders (ASD).

The organization, founded in 2008, was initially developed for a fundraiser called Acoustics for Autism. This annual concert was put on to raise money to distribute and establish scholarship money with providers of care in the Toledo, Ohio, area.

“Acoustics for Autism was a ‘gift’ to a friend whose child had been diagnosed with autism,” said Khoury. “I started noticing more and more kids were being diagnosed and there were a lot of fundraisers, but none of them directly benefited the families.”

According to Khoury, these families were spending thousands of dollars out of pocket to get treatments and therapies for their children. As a musician, she knew how supportive her community was in helping others, so she started the “small” day-long concert on a single stage in uptown Maumee, Ohio, on the first Sunday of March. The first event raised just around $10,000. In 2020, the event raised $130,000.

“Fourteen years later, we have seven stages, 80 musical acts, and have distributed nearly $350,000 to families in our area for their ASD services,” she said.

Khoury said being involved with various organizations at the College, and especially being the treasurer of the Student Federation, gave her the business sense and organization that one needs to start a charity.

She graduated with a degree in American Studies, and said her most influential class at Hillsdale was Philosophy 101 with Dr. Stephens.

“Dr. Stephens is a gift to education,” Khoury said. “He taught me to think critically and rationalize and not have a one-sided viewpoint of everything. That is especially helpful in this day and age.”

Following graduation, she attended the University of Toledo for law school. She practiced as a criminal defense attorney for 15 years before becoming the Toledo Municipal Court Judge in 2018–all while developing and growing Project iAm.

And with all of Khoury’s hard work and dedication, she said the most rewarding part of Project iAm is watching those she works with develop and grow. “We aim to make everyone feel welcome. Watching the progressions makes everything worth it,” she said.

Her advice to current students? Get involved as much as you can.

“You will be shocked at how your interests change as the years go on,” Khoury said. “I didn’t think I would have been a criminal defense attorney, and now a judge with a music career and charity. But if you love what you do, life is just about as perfect as it can be. Cherish the small classes and individual attention, and the structure of Hillsdale College. It’s one of the best decisions I ever made because not only did I receive the education that I did, but I got to experience a small school setting and a cast range of different people with different backgrounds on a more intimate level.”

Current students and alumni will get the chance to hear Khoury and the rest of the Arctic Clam band at this year’s Homecoming on September 25. They will play at the tailgate from noon – 4 p.m.

To support Acoustics for Autism, you can donate online or text GIVEAFA to 44321. 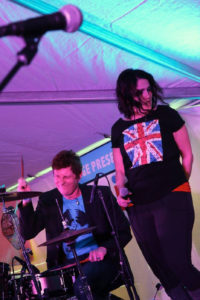 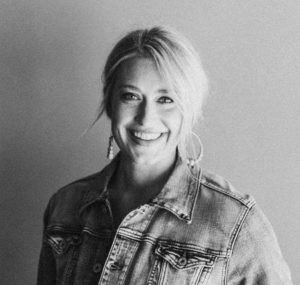 Stephanie Gordon, a lifelong Hillsdale native, is the Managing Editor of the Student Stories Blog. She is married to chiropractor, Dr. Matt Gordon, and has three children – Eloise, Flora, and Jack. When she has a spare moment, she enjoys paleo baking, floating on Baw Beese Lake, and breaking a sweat at the gym.