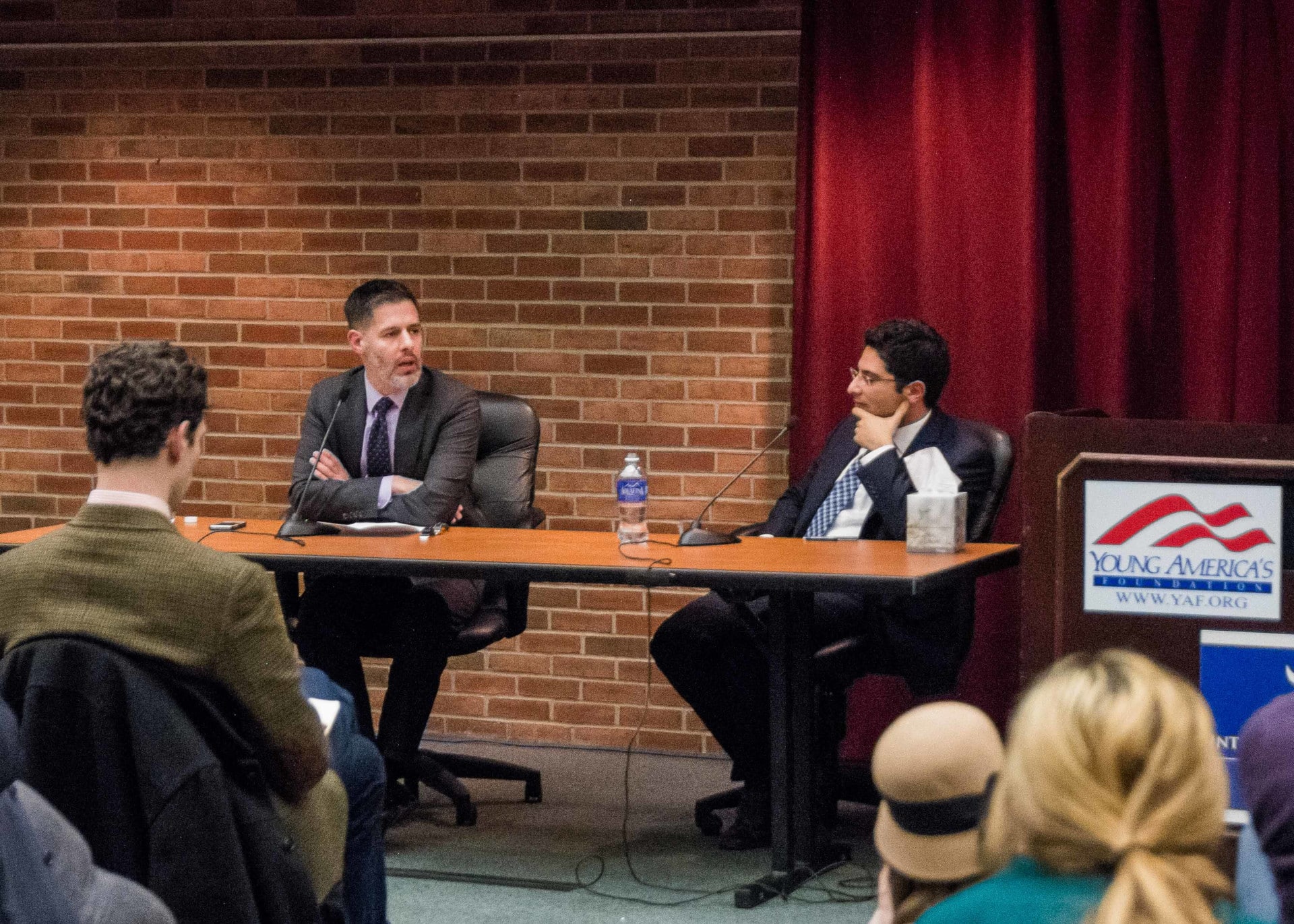 A few political organizations on campus brought Sherif Girgis, an advocate for traditional marriage and co-author of the book What is Marriage?, and John Corvino, a Wayne State professor and gay marriage activist, to Hillsdale to debate the controversial issue of gay marriage. The turnout was so tremendous that event organizers had to stream the debate through television screens in the lobby because they ran out of room in the auditorium. 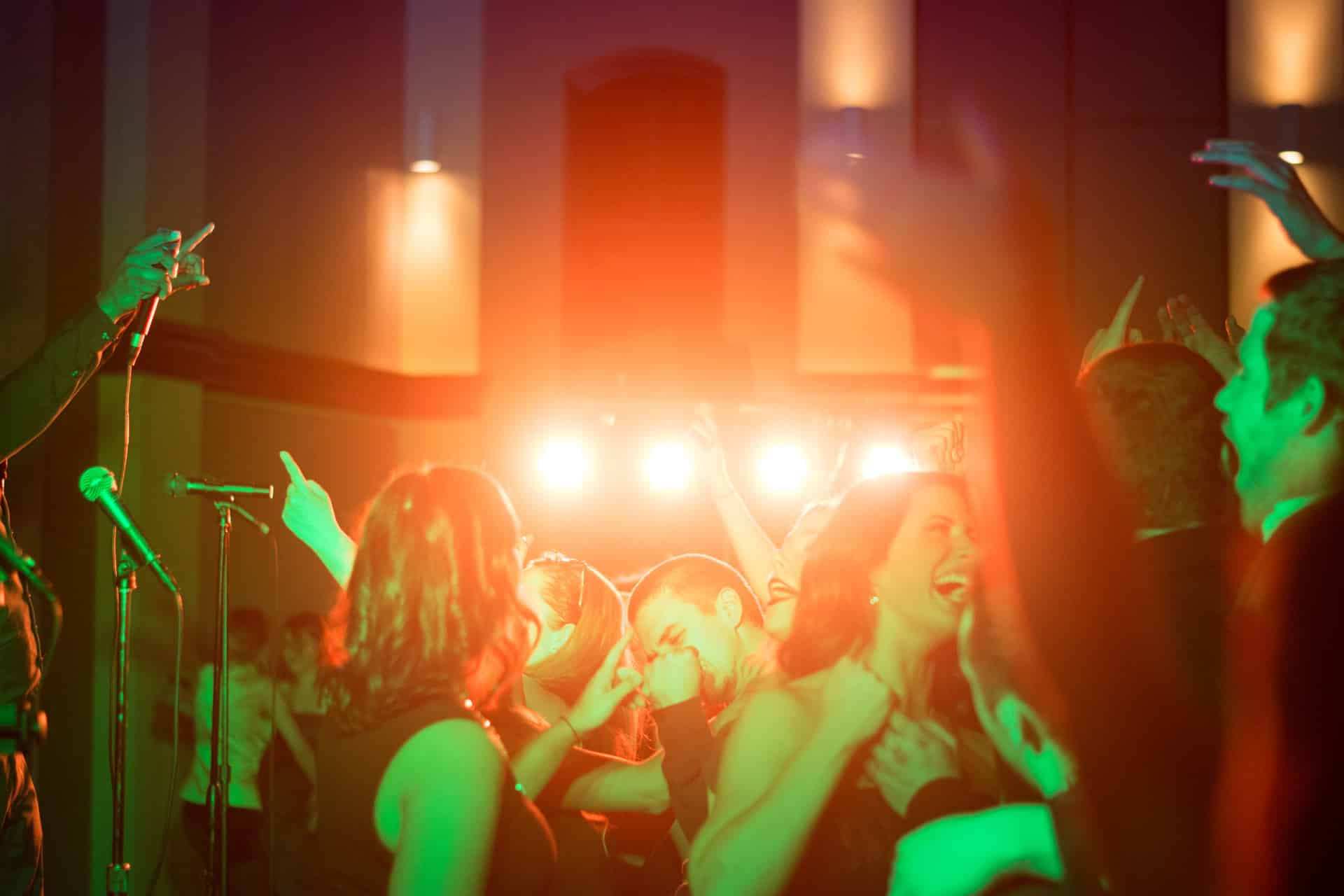 Due to unfortunate circumstances, Dr. Arnn was unable to attend the President’s ball, and Dr. Whalen filled in to make the speech, which, in effect, made it the Provost’s Ball, not the President’s Ball. But we’ll let it slide this time. It was certainly an energetic night, even though the live band did play “Uptown Funk” three times. 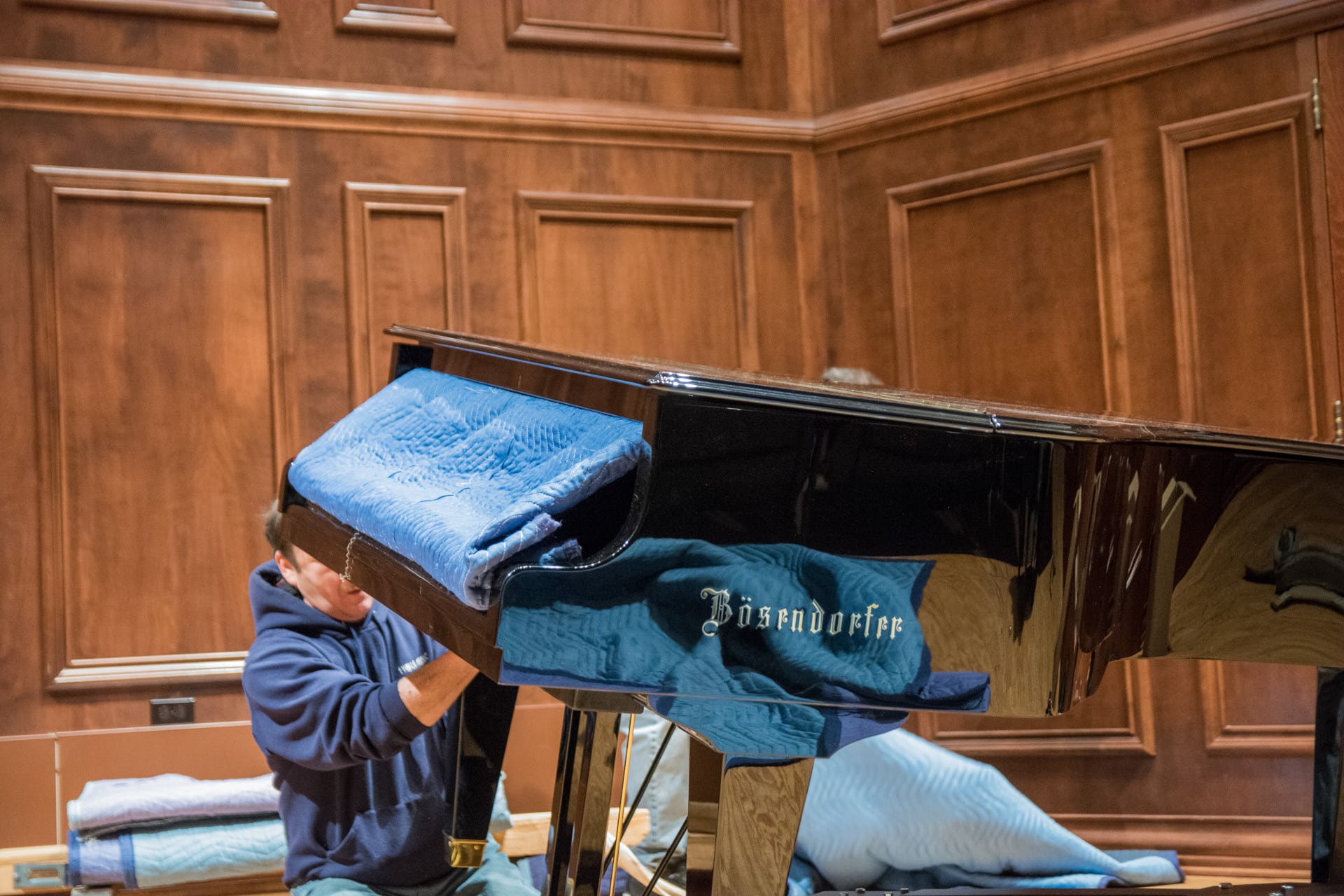 The music department recently received a Bosendorfer piano on a generous donation. It’s a shiny new toy for all the piano majors—and all of them are giddy at the prospect of playing on this beautiful new instrument. Bosendorfer has been making world-class, hand-made pianos since 1827, so Hillsdale students now have access to an instrument with prestigious heritage. 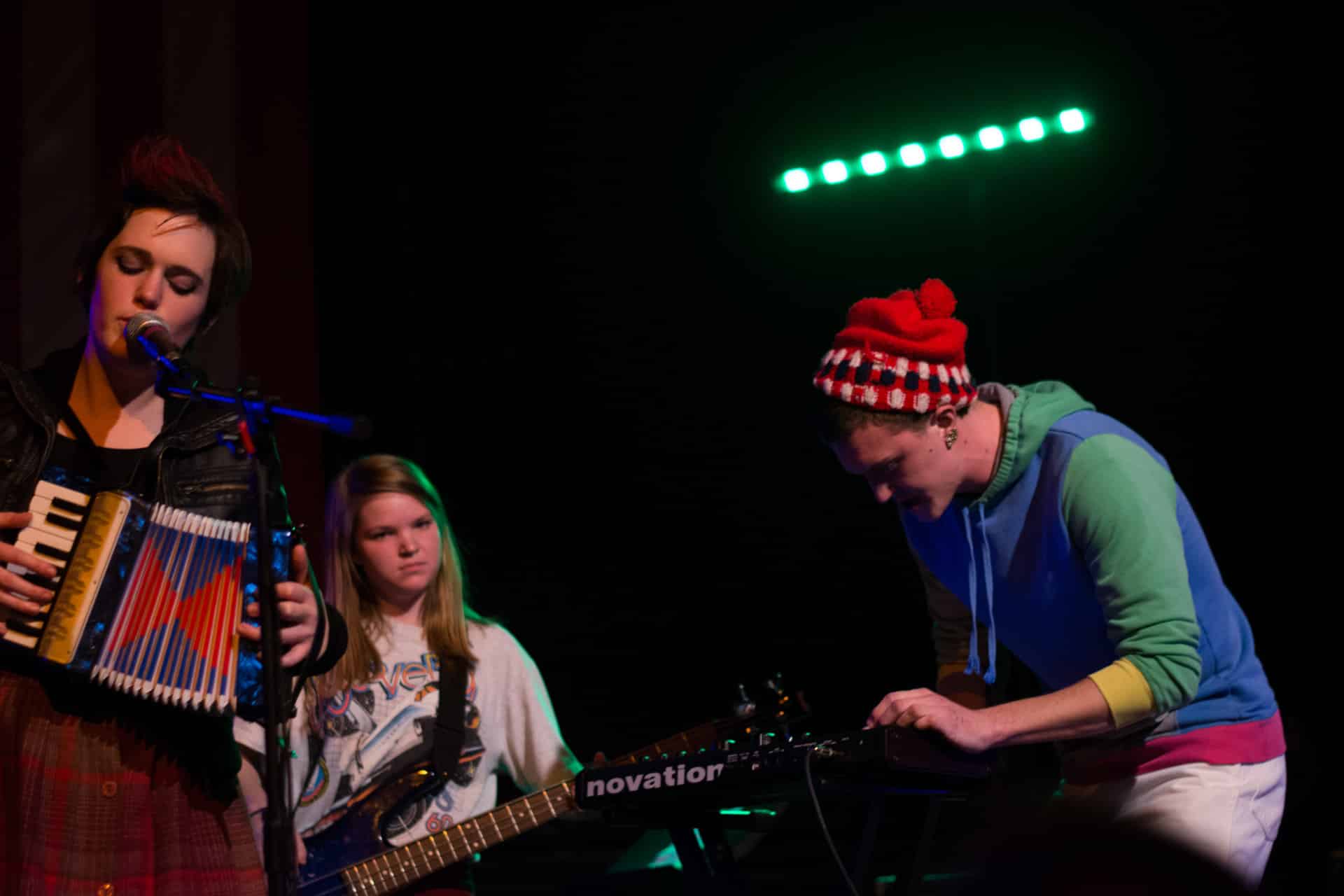 Battle of the Bands provided a chance for students to unleash their inner punk-rocker. Take Joel Calvert, (right) for example. Art and Psychology major by day, and, according to the judges, a “god on the synth” by night. Most bands played variations of songs by bands like Red Hot Chili Peppers, Arctic Monkeys, or Nirvana, but a few intrepid front-men showed off their own material. Even for students who didn’t care for the music, the energy in the Dawn Theater, located in downtown Hillsdale, made the event worthwhile. 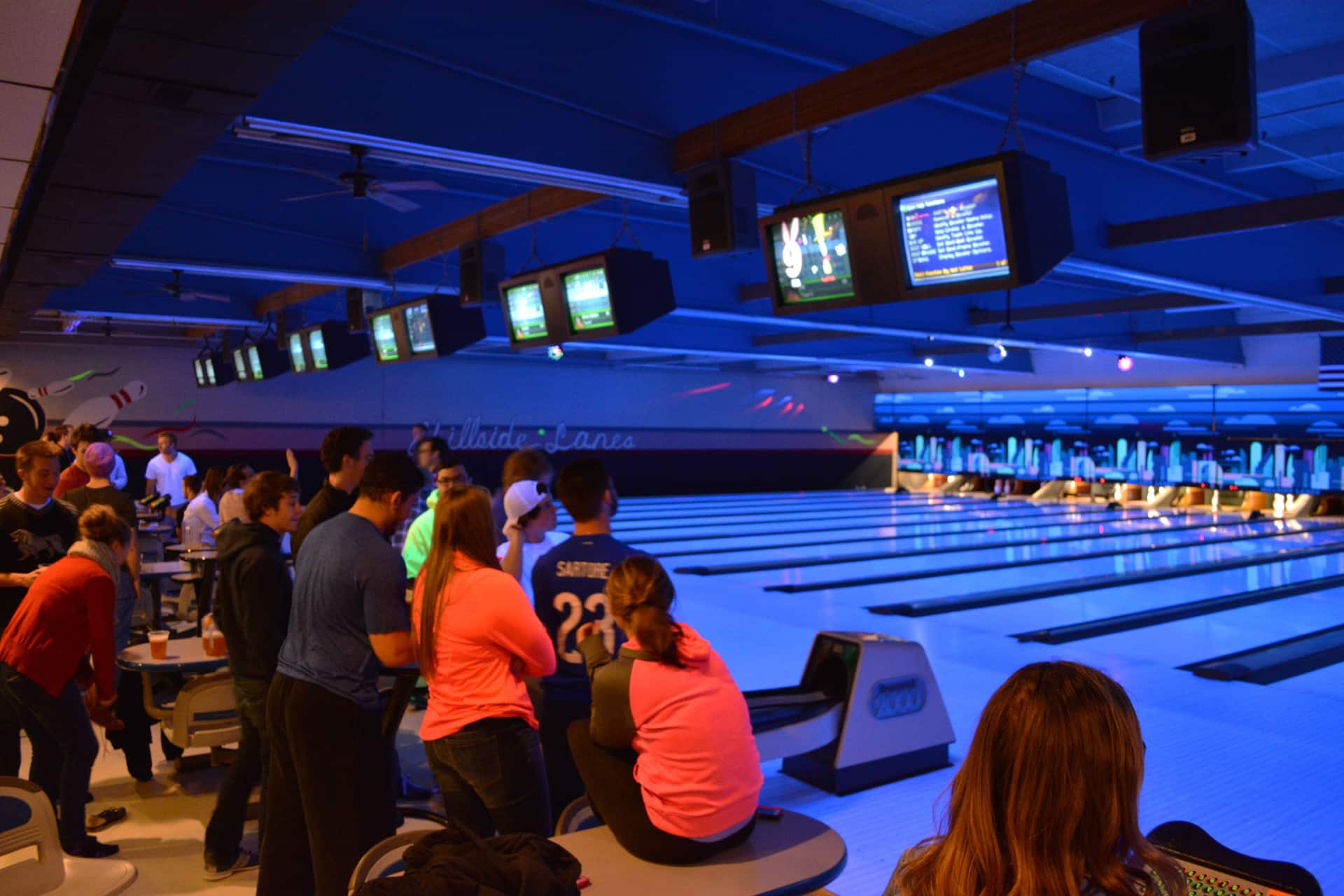 The Student Activities Board periodically subsidizes bowling tickets at Hillside Lanes, bringing a sizable crowd that’s usually happy to buy plenty of concessions. This night, in particular, was themed “80’s Night.” I know styles tend to circle around every few decades, but, unsurprisingly, nobody seemed to be sporting shoulder pads and leg warmers. 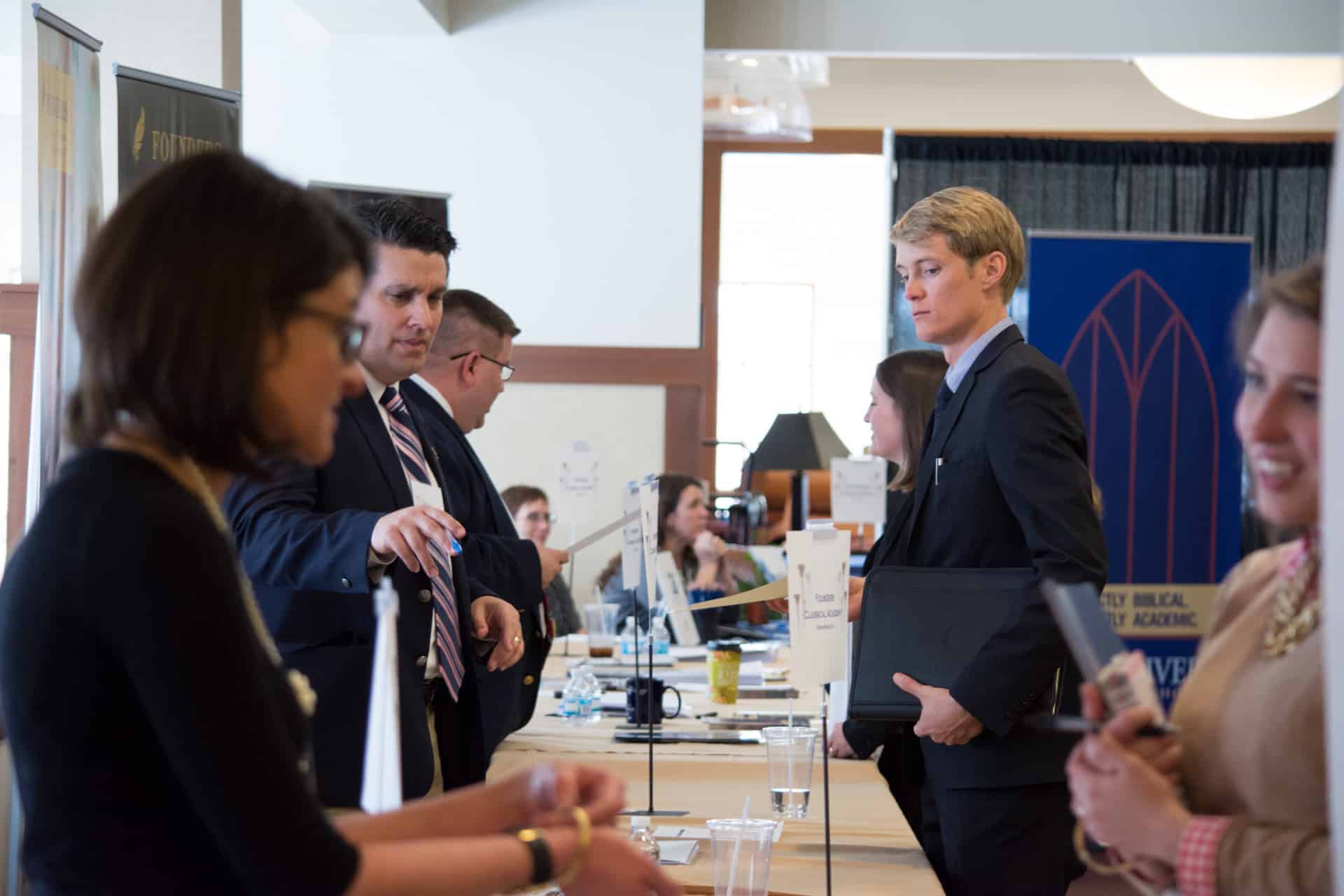 The annual Classical School Job Fair saw dozens of representatives from liberal-arts-leaning elementary, middle, and high-schools crowd the Student Union with tri-folds and suit-jackets. It was a bit like speed-dating for bright-eyed, bushy-tailed prospective teachers. The system works well—I know several people who graduated from Hillsdale with a job lined up because they impressed someone at the Classical School Job Fair. 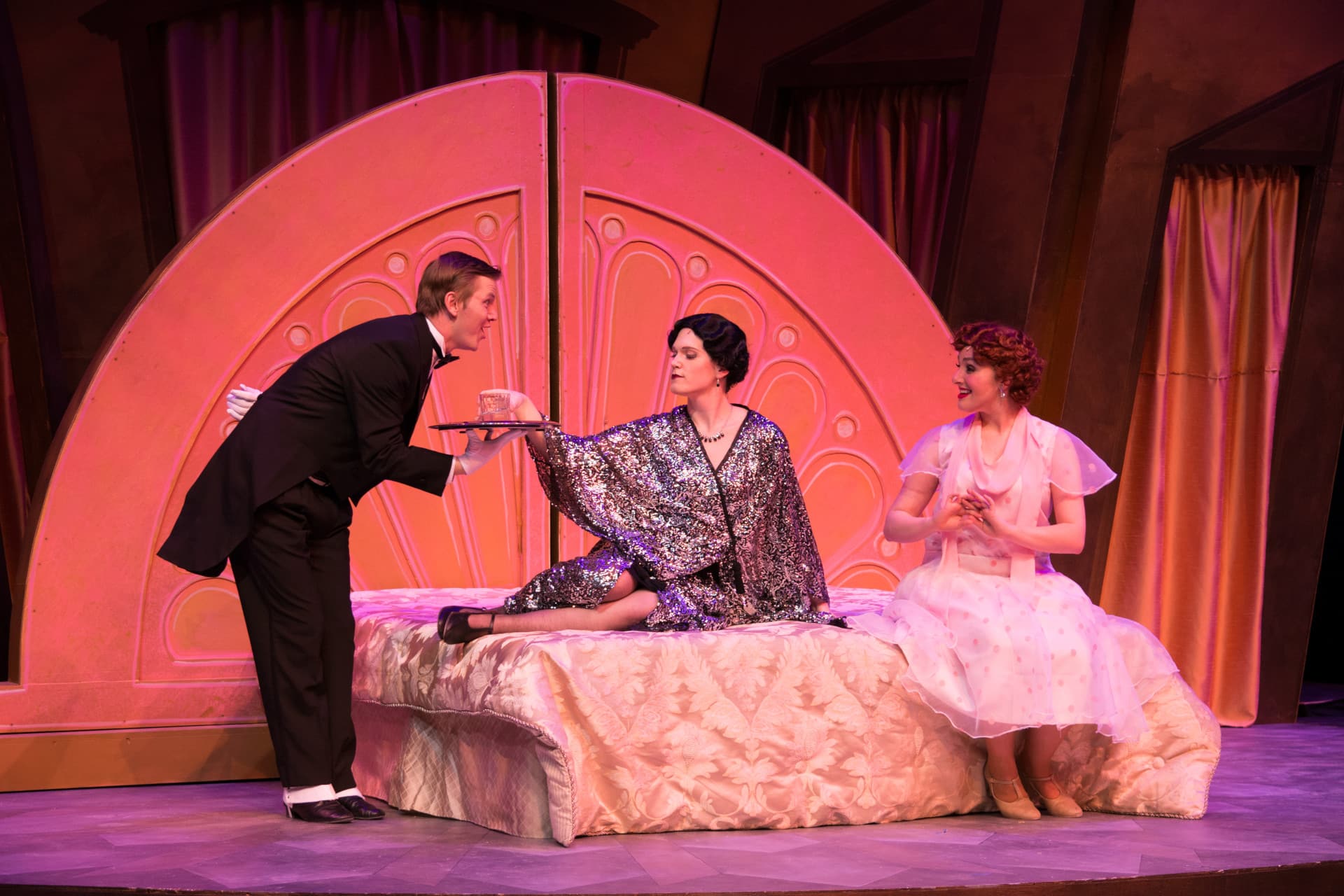 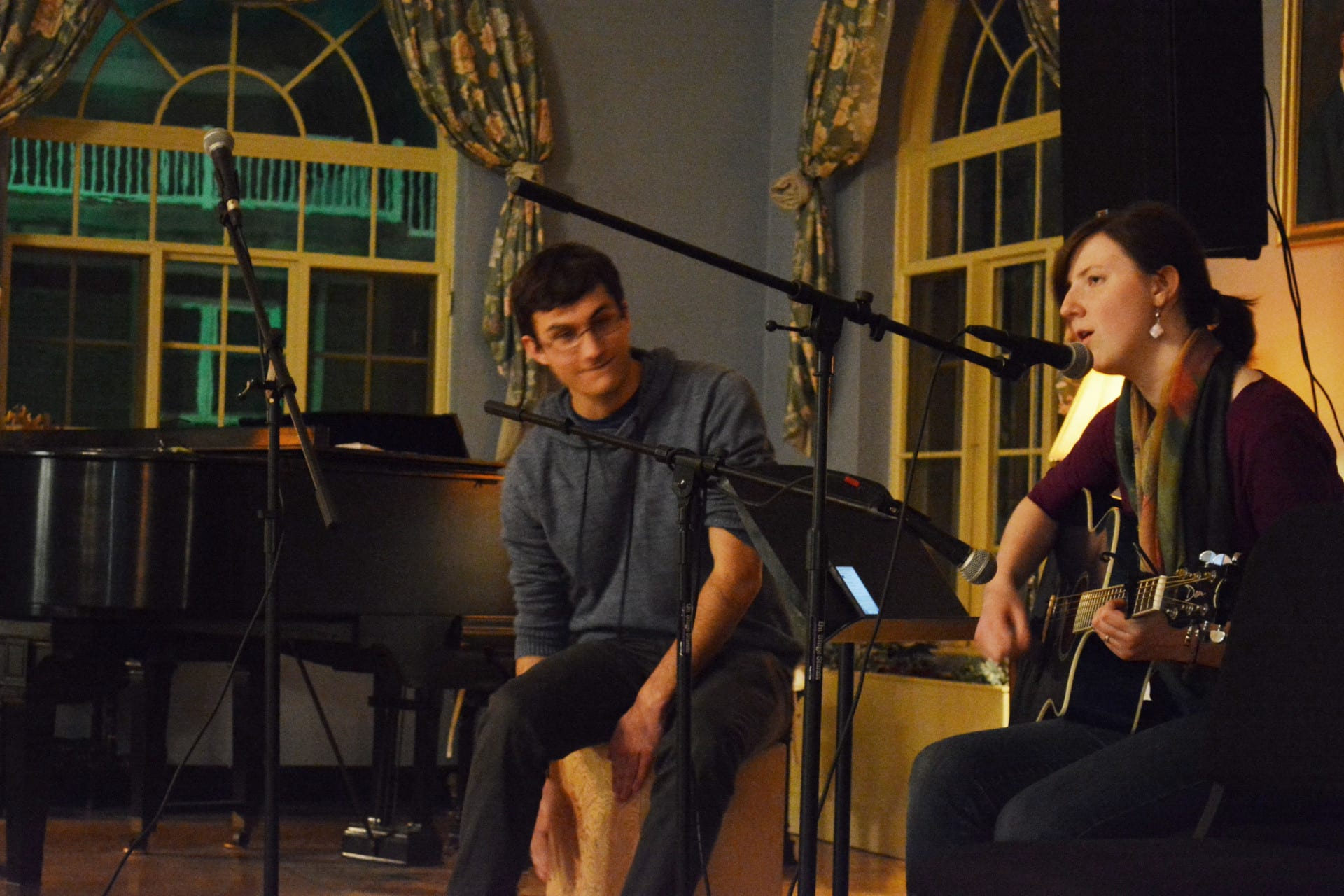 A few music organizations on campus teamed up to put on a coffee house style concert in the lobby of one of the women’s dorms. I noticed a pattern of vocalists reading their lyrics off their phones, which, taken under a certain context, made the whole thing feel more like the low-key impromptu coffee-shop jam session the name implied, though I doubt the unpreparedness was intentional. All jokes aside, there are a surprising amount of opportunities in Hillsdale to see live music—including performances by nationally-recognized folk bands like Over the Rhine and The Gray Havens. 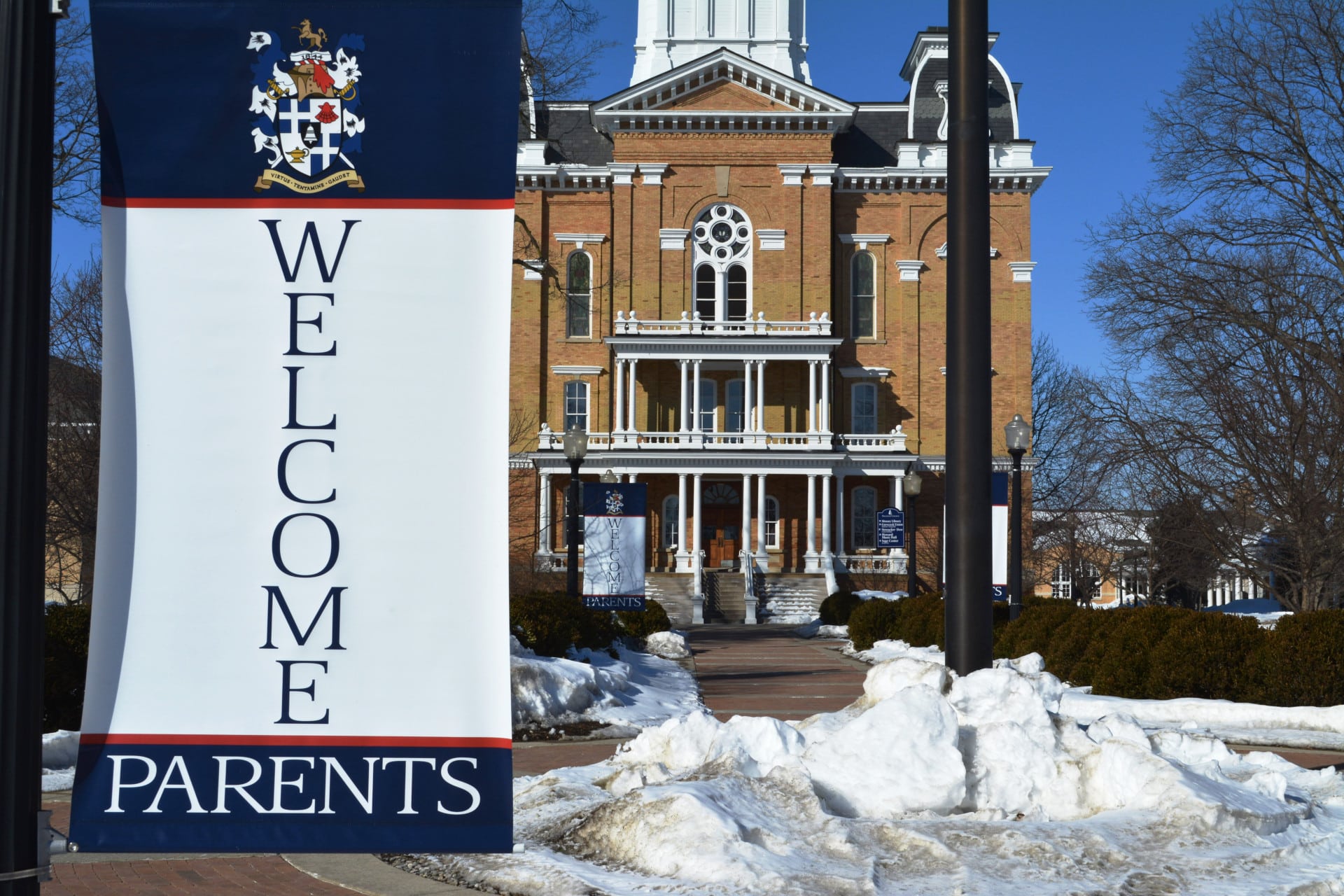 No, this is not the time when professors spill the beans to parents about their students’ grades (that’s for the students to do themselves), but rather a time when parents can learn more about the education their children are receiving. But it’s still entertaining to watch how differently some students act (and dress) when they are suddenly back under their parents’ watchful eye. 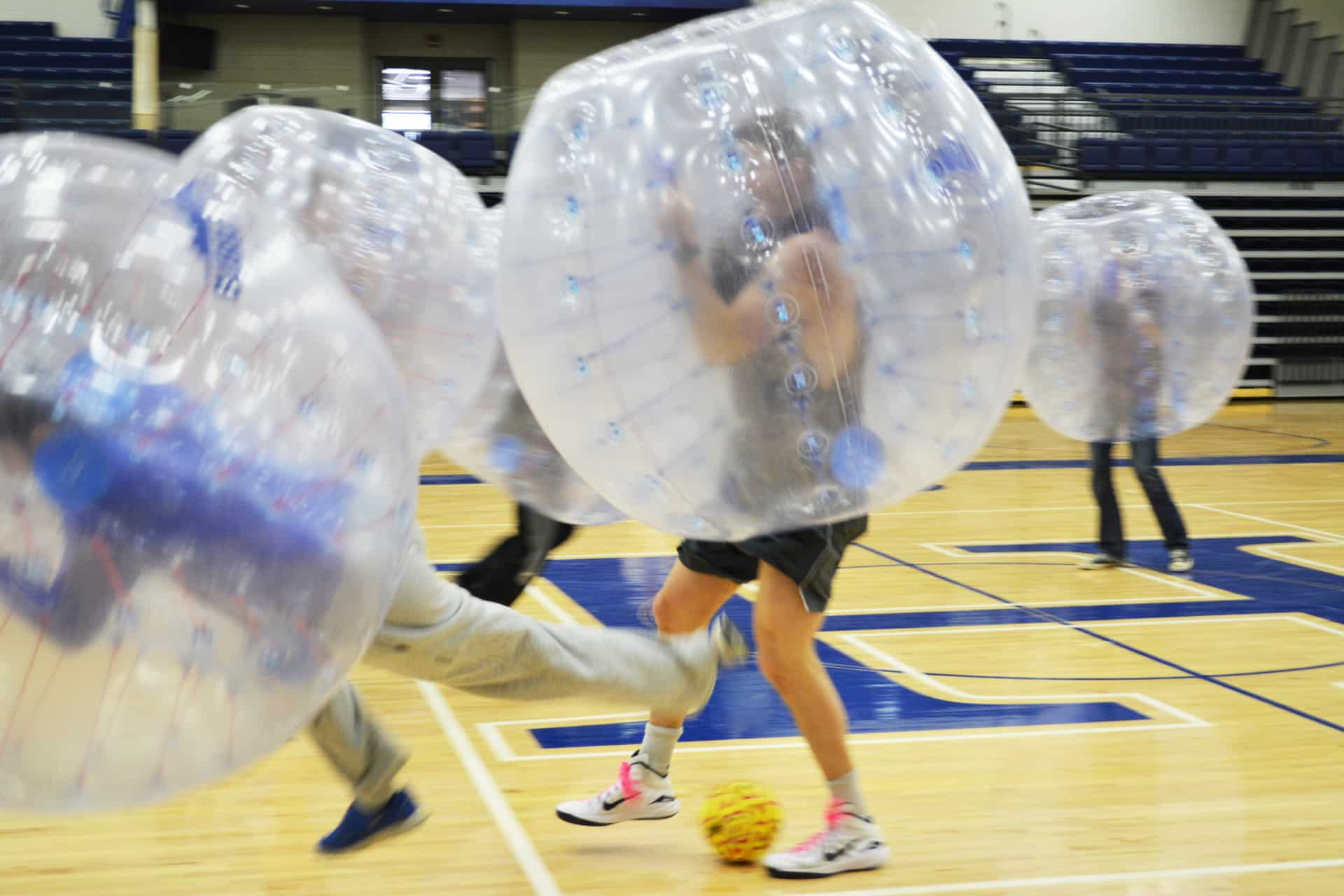 A subject of many viral YouTube videos, Bubble Soccer throws contestants into the center of giant, donut-like inflatable balls. The primary goal always seems to be to knock everyone else to the ground, with the tangential objective of booting the soccer ball in the direction of one of the two goals. Students had the opportunity to try it out. I did, and yes, it’s just as much fun as it looks. Conveniently scheduled near several midterms, it was an opportunity to blow off some steam before making a final push leading into Spring Break.

Novelist, filmmaker, and resident root-beer snob, Chandler Ryd is a freshman and the vice-president of the Creative Writing Club. He studies English in his free time. You can usually find him in the periodicals section of the library.