Six Ways to Incorporate Running into Your Busy Schedule

“If you join the cross-country team, I’ll buy you an iPhone,” my mom said.

I snapped my head up from the book I was reading. “Are you serious?” I said, wincing as I rubbed my neck (I might have given myself excitement-induced whiplash). The prospect of replacing my archaic phone (the original, “vintage,” Samsung Galaxy S) with a flashy iPhone was tempting.

I started running because my mom bribed me, but the gift of running turned out to be much more valuable than the gift of the iPhone she promised me. (It’s also worth noting that my mom didn’t fulfill her end of the deal for more than a year after I joined cross-country.)

I’m lucky. Because I was part of my high school’s cross-country team, I built a consistent running habit simply by following my coach’s directions. In the off-seasons and the years since I’ve left the team, however, I’ve had to learn how to maintain my running habit. Here are six tips that have kept me consistent for six years and counting.

Are you a morning person? I am, and I live for the summer days when the sun rises before 7 a.m. There’s nothing quite like waking up before the rest of the world and pounding the pavement as the sun comes up.

If you’re not an early bird, don’t worry! You can run at any time of day. Maybe you know that an afternoon run relieves post-class stress. Or maybe you’re like one of my friends who runs on the dorm treadmill at 10 at night. Find a time that works for you!

This point kind of springboards off the last one: designate a regular time to work out. In the spring, summer, and fall, I run first thing in the morning. When the weather shifts, my schedule shifts too: during the winter, when it’s too dark and cold to run before my morning classes, I run in the afternoons (as soon as my last class is over).

Because I place such high priority on my daily runs, I schedule everything else around them. This helps me maintain consistency. Other parts of my schedule might change, but I’ll always find time to go for a run.

If you commit to regular runs with another person, you’re both more likely to follow through. Find a friend who also wants to start a running habit, and set a recurring time to work out together. Added bonus: this is a great way to socialize with someone or get closer with a friend.

Variation in workouts not only makes things more exciting, it makes you fitter. If you’ve been part of a cross-country or track team in the past, you know that weekly schedules typically include a speed workout and a long run. You don’t have to train like an elite to adopt this principle. Just think about running something other than the same four-mile route every day.

Here are some ways to mix up your workout routine:

Picture this: You stay up until 3:30 a.m. finishing a paper and, as a result, sleep through your alarm. You wake up at 8:30 instead of 7:30, leaving you with no time to run before your 9 a.m. class. I freely admit that I’m speaking from personal experience.

My normal response on mornings like these is to curse the homework gods for robbing me of my morning run. After wallowing in frustration for a while, I shake myself out of the funk, make some coffee, and rearrange my afternoon to incorporate a run. I know that exercise—even 30 minutes—will make my day infinitely better.

It’s good to have a consistent schedule, but it’s better to be consistent and flexible. Flexibility might mean running at 4 p.m. instead of 7 a.m., or it might mean giving yourself an extra rest day when you’ve had a long week. This circles back to #1: know yourself.

No one in their right mind would regularly subject themselves to the rigors of running without a good reason. Your “why” will become clearer over time, but you can give yourself a head start if you set a goal for yourself. This goal will probably have something to do with your physical wellness, which is great! Most people start running to maintain physical fitness, but they keep running for the sake of their overall wellness and sanity.

To maintain a lifelong running habit, it helps to think of running as more than a mere form of exercise. I have met countless people who run only to lose weight or to cross-train for their “real sport.” As a result, they see running as a means rather than an end in itself. I don’t mean to get too philosophical about such a simple subject, but I do genuinely believe that there is some intrinsic good in the act of running.

Running can be an end in itself if you can find joy in it. You’ll be much more likely to keep running if you love running itself, not just its effects.

7. Bonus tips for those just getting started:

Running is hard work, and there’s no need to make it any harder than it has to be. Try running during the cooler parts of the day (i.e., don’t run in the afternoon heat, if it’s summertime). Make sure you’re well-hydrated and well-fueled. You will need to eat and drink more than you are used to.

Many people use apps to get started. Fan favorites include Strava, Nike Run Club, C25K, and ZR5K.

Hopefully, these tips will help you start a running habit. From personal experience, I can tell you that this habit will change your life for the better. I valued the gift of running more than I valued the gift of the iPhone (which I did receive . . . eventually) because it improved my life in every conceivable way. Running helps me stay fit, obviously, but it also calms my nerves and clears my head. Running is the thing I do for myself and only myself. It’s okay to be selfish in this sense: take care of yourself before you take on the rest of the world.

What are you waiting for? Lace up your shoes and go! 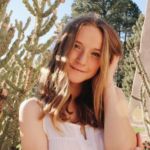