The Joys of Baking

For the first year and a half I spent at Hillsdale, I barely touched the dorm kitchens. I knew almost nothing of the joys of baking until the March of my sophomore year. I’d had a long week with many assignments and far too little sleep, and I needed a way to brighten things up for myself and my friends. Then, like an epiphany, the sudden urge to make muffins popped into my brain. One impromptu Wal-Mart run and a few internet searches later, I was ready to bake two dozen muffins, from blueberry to banana walnut to double chocolate chip varieties. The satisfaction of mixing the dry ingredients with the liquids bordered on intoxicating, and the tantalizing smell of baking muffins fueled my new obsession. Since then, I’ve made several more batches, joining the multitude of amateur student bakers who have found satisfaction and relaxation in making tasty food.

I’m a relatively inexperienced baker, but Sarah Posey ‘23 has made frequent use of the kitchen in our dorm, Benzing, for the past year. She’s become a prolific baker since she picked up the hobby last summer during the lockdowns, and she’s lent me both her advice and her salt. While she can’t have gluten, dairy, or sugar, she’s found creative ways to bake things she can actually eat, from delectable hummingbird cake to a less successful attempt at substitute Oreo cookies. She gets a sense of accomplishment when she bakes something well. “Part of it’s just being able to make something, feel a little more independent, a little more like my life is together,” she says. “It’s always a good feeling.”

Sarah’s baking brings joy not only to her, but to everyone who gets to try her leftovers. She often leaves extra cake or cookies at the Benzing sign-in desk for both her dormmates and the guys who come to visit. The other girls who bake in the dorm often do the same, and Sarah enjoys the variety. “You get the fun of sharing in everyone’s stuff, everyone’s food.”

While leaving leftovers in the dorm lobby is one way to get rid of them, Matthew Schleusener ‘23 had to resort to other tactics when he made over a hundred cookies at the beginning of the fall semester. His original plan was to hand them out to everyone in his classes, but he ended up making far more than necessary, so he offered them to his dormmates as well. “I used them as a greeting card, effectively, for the first week,” he says. “It’s a good introduction.”

Matthew enjoys having the kitchen in his dorm, Simpson, as a convenient place to make food. He sees baking as a great way to wind down when he has a few uninterrupted hours during the weekend. “It’s not so much that I end up eating it, although that’s nice—but honestly, you give most of it away, because otherwise you’ll eat it all, and that wouldn’t end up so well. Mostly, it’s just relaxing.”

Emily Brausch ‘23 also sees baking as a relaxing outlet and a break from studying, but she also finds it stimulating. “There’s a certain challenge there,” she says, “because I don’t know the kitchen as well as I do at home, and there aren’t always the things you need. Sometimes you have to adapt and improvise. I think that’s really fun, because I do like a challenge.”

Emily also enjoys baking with her friends. She and I have worked with a few other girls to bake cookies for our guy friends for International Men’s Day, and sometimes we’ll all work together to make “family dinners” for our friend group. As Emily says, “I find that baking with others makes it really enjoyable. It’s a good bonding activity.”

The joys of baking manifest in many ways: having fun with your friends, unwinding by yourself, and enjoying some tasty, homemade food. But for me, the most satisfying part of making muffins isn’t the excitement of shopping for ingredients, the satisfaction of mixing the batter, or the delicious end results. It’s the pleasure of sharing what I make with my friends, and watching them enjoy the product of my new hobby. So next time you have the urge to inhale the scent of fresh muffins, bury your hands in bread dough, or brighten up a hundred people’s days with a ridiculous amount of cookies, turn on the oven and whip up something delicious. You’ll find that making the food is even better than eating it. 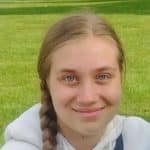