Charging toward Victory: The Hillsdale Liftathon

Come early spring, when the snow starts to melt, there’s a fresh sense of excitement in the JAM weight room. If you know any football players, you’ll realize that it’s not just the approach of spring practices that’s making them spend extra time pumping iron. Why the sudden energy? The answer lies in one of the team’s greatest traditions: the Charger Football Liftathon.

At its core, the Liftathon is a strength competition that has become one of the football team’s best fundraising programs. Each player who participates is required to set a financial goal— usually around $250—and seek out supporters to fund his efforts. Supporters can choose to contribute a fixed sum, or offer a dollar-per-pound amount to motivate their player to perform. After that, it’s up to the players to make sure their hard work pays off.

The Liftathon isn’t a recent phenomenon. Its storied history extends back to the 1980s, when a floundering football team needed an extra boost toward excellence. At a time when Hillsdale’s program desperately needed rebuilding, new coach Dick Lowry instituted a high-level strength and conditioning regimen. The Liftathon was a key component of that and garnered donations totaling over $10,000 in its first year. But its impact extended beyond merely financial improvement. Lowry’s innovation and dedication helped forge team unity, and the team’s effort paid off. After struggling to reach even a 3-8 record in the previous year, the 1980 Chargers marched on to a decisive victory in the GLIAC conference championship.

The Liftathon has evolved somewhat in recent years. In the first few Liftathons, players only competed for a single lift. “It was essentially a bench press contest,” says current head coach Keith Otterbein. Hired in 2001, Otterbein saw plenty of potential for expansion and improvement. When a junior quarterback suggested adding other lifts to the competition, Otterbein decided to focus on power and hang clean, two important components of the team’s training regimen. According to Otterbein, cleans offered “a more athletic movement and more geared toward the explosiveness we look for in football.” Now, awards are given for the best hang cleans in each class, as well as the best overall lift. Changing times have also affected the way players seek out support. Otterbein notes that social media has been an instrumental tool connecting the athletes to their supporters through Facebook and Instagram.

After more than forty years, the energy and community surrounding the Liftathon has only grown. When asked about the atmosphere in the gym, Otterbein smiles. “The hype in the room is pretty intense,” he says. (He isn’t joking—check out this video to get an inside look.) Sometimes, he says, the competition gets down to two players challenging each other to reach an even higher max weight. At the end of the day, though, the event always brings the team closer. “It’s a competitive thing,” says Otterbein. “You get the mix of competition—”I want to win”—and the team atmosphere, with everyone getting together, doing the best they can.”

Last spring was a historic year for the Liftathon. The Chargers earned almost 150 percent of their original goal of $35,000, finishing the event with a whopping $51,903 in donations. “It blew up. It absolutely blew up,” says Otterbein. This year, they plan to raise the bar even higher, setting a goal of $55,000. At the heart of the process is the desire to maintain the level of excellence the Hillsdale program has achieved. “We’re just trying to reinvest the money to help the program,” says Otterbein. The funds received from the Liftathon allow Hillsdale to provide a “first-class experience” to the boys in blue and white.

The 41st Annual Liftathon will be held on February 4, 2021, and the event will be livestreamed online at 7pm. To check out this year’s video or donate to support the Hillsdale Chargers, click on this link. 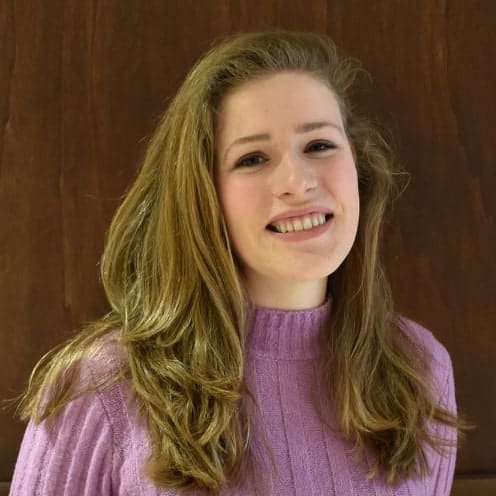 Mary Caroline Whims, ’21, studies English at Hillsdale College, where she serves as editor-in-chief of Fool’s Talk magazine. On a given day, you can find her playing in an intramural basketball game, waxing poetic about church windows, or postponing homework to make a good conversation last longer.