Music in the Community

Music in the Community offers Hillsdale students the opportunity to sing at a nearby nursing home every Sunday afternoon. This past week we gathered to join voices with the residents in their sunny dining room. I watched and listened while they sang as only those who have lived long lives and proven the promises expressed in those hymns can: with conviction and trust.

We stayed to talk for a short time after the last song. I spoke with a ninety-three-year-old gentleman and found that, despite the seventy-year difference in our age, we held a commonality. When he was a young man, he collected sap from a neighboring sugar bush and made maple syrup. Our family runs a maple farm, so we chatted about how things were in his day and how they are now.

He recalled using horses to collect thousands of buckets. I told him that we now have tubing that brings the majority of the sap from our sixteen-thousand-plus taps to holding tanks. While technology has made farming significantly easier, I realized there are elements we miss out on. I’ve never felt the same attachment for our tractor as he exhibited when he recalled their team of horses.

“They were named Herbert Hoover and Al Smith,” he said, “a team of big, beautiful grays. You had to be careful that one of them didn’t come up behind you and put his head on your shoulder, because it was so heavy. They would follow you anywhere you went.”

His eyes filled with tears as he spoke of the year they were sold.

I left that conversation changed. Fifteen minutes worth of time had transported me back over seventy-five years, and I glimpsed Hillsdale county through the eyes of one who lived here during the Great Depression. I gave up an hour of homework and gained someone’s lifetime of perspective.

Hillsdale College encourages such interaction between college and community, and multiple volunteer programs offer students portals into the lives of those around them. 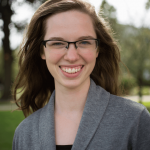